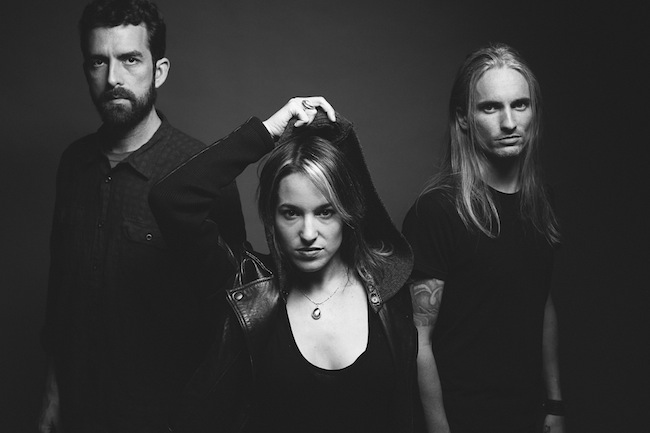 Megafauna describe themselves as 90s post-rock, and the new video for “This Town” proves this comparison to be more than appropriate. The aggro Pixies-on-speed track makes good use of guitar shredding and a jarring 6/8 time signature to get the job done, and the distinct old time-alt feel pairs real well with the surreal imagery used.

Though obviously shot in much higher def than was available twenty years ago, the video borrows plenty of visual tricks from everyone’s favorite decade. The whole affair is very dream-like – sequence after sequence of stream-of-consciousness images appear, lacking context but still somehow making a grain of sense. The video’s heroine, played by lead singer Dani Neff, trips her way through seemingly unrelated memories – visiting the fair as a child, getting felt up by a dude at a bar, and journaling in her bedroom. Each memory leaves a literal imprint in the form of neon paint. Her suburban hood is subtly presented as stifling and duplicitous, a barrier overcome when Dani musses her white dress with enough paint to cover up the traces others have left on her. As a bonus, eagle-eyed viewers may notice the wink to Siamese Dream in the girl who stands in for Dani’s id.