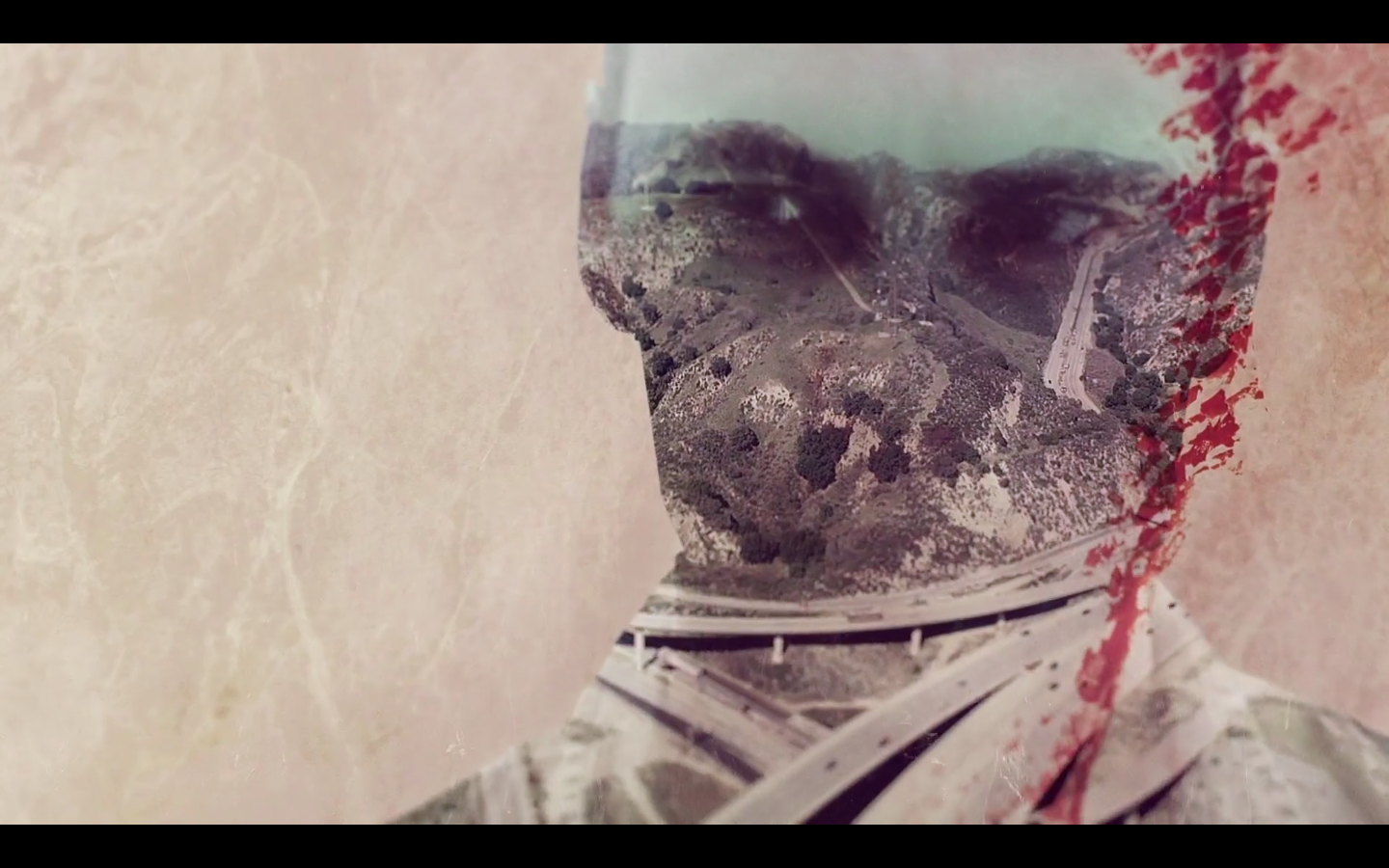 Well folks, that sure was a bumpy ride; I didn’t know if we’d make it. Season 2 of True Detective brought forth from the blogosphere ire, contrarian praise, and mass confusion alike, in just eight too-short episodes. While there’s an awful lot to parse through – and like the few survivors of the festering wound of corruption that is Vinci, we may never get done parsing – we will surely try.

The season began on a fairly unremarkable note. There was a body, a crow guy, and a few irredeemable rapscallion cops bound together by fate, but nothing quite measuring up to the antler-festooned cult victims of S1. And how could we not compare the two? S1 with its mysticism, college sophomore road trip philosophy, and brilliant character acting, was so out of left field and such an instant hit that expectations for its follow up were sky-high. So when not two but four A-list names signed on (Rachel McAdams, Vince Vaughn, Taylor Kitsch, and Colin Farrell), We the Fans began to wonder – could creator Pizzolatto & co. handle that much star power? Especially with the contentious departure of S1 director Cary Fukunaga, whose dramatic pans, fly-overs, and tracking shots made that season an instant classic? Well, the answer is complicated.

Many of the shiny narrative tricks Pizzolatto pulled this time around (assisted by a revolving door of directors) – faking us out with Ray’s death in E2, time jumping after that massive shootout, the ever-higher heights that the crew’s photography drones climbed in order to achieve those stunning aerial shots, jumping the shark and starting all over in the fifth episode – were mediocre to great in the moment, but ultimately felt empty. The season’s first half dragged on and served more as a distraction for the action that would juice things up in E5. And with each episode having a different director, the visual storytelling that made S1 so compelling was fractured and rushed. With so many plots to attend to, there’s only so much BEV rumination you can burn through before it’s a waste of precious minutes that could be spent conveying necessary information.

Not to say that there weren’t similarities between the two seasons. Daddy issues abound: after Rust and Marty took hacks at portraying failed fatherhood, masculinity was once again put on trial. Paul was the most classically masculine character on the show – as a cop and former soldier, he rode a motorcycle at breakneck speeds to poetically escape his past. But he’s filled with petrified self-loathing at the idea that he’s gay, instead lashing out at friends and strangers who remind him of this fact; little blue pills are his only means of hiding in plain sight. Frank only wants children insomuch that they’re a visual reckoning of his fertility; adoption is off the table. Alternately, Velcoro’s own attempts at conception were thwarted by a brutal rapist, and his son – a son who may not be biologically his but is the only thing he has to live for in the cut-to – is a daily reminder that he failed to be a man and protect his wife. Even Ani struggles with masculinity in that she cannot bear to resemble its opposite. Every S2 cop, criminal, and playboy mayoral-elect fantasizes about overthrowing their personal patriarchy, a power struggle magnified up the chain of command in bigger themes. Man vs. Father is no different from Men vs. Nature in True Detective‘s eyes.

Like the swamps of podunk Louisiana, the industrial stench of LA’s runoff set the perfect hair-raising scene for that particular bubbling under brand of fear that comes with being onto something that goes all the way to the top. In S1, our dynamic duo drove through fading memories of towns and past oil fields to seek the truth. Here in Vinci, greed has raped the land of its resources so much so that the only animals we saw were wooden sculptures adorning houses built upon compromised land, or carrion birds cleaning up after human wreckage. Speaking of which, as with Dora Lange’s mother in S1, industry’s victimage doesn’t stop with Mother Nature. During working hours, Vinci is filled to the brim with new age slaves, dozens of thousands of impoverished citizens (documented and un) whose only recourse for survival is to work in dangerous chemical factories for what is probably, at most, minimum wage. Pizzolatto can’t seem to stress this enough: power structures hurt everyone except the folks at the tippy top of the pyramid.

Which is what makes the show’s continual and needless insistence on sexualizing every female character so head-scratching. Mind you, women in entertainment don’t have to all be badasses like Ani (or Buffy or Katniss); being multi-dimensional and flawed like their male counterparts will do just fine, thanks. But it’s not too much to ask that they’re not in the show purely as sexual plot-movers. And Ani sure had a complex relationship with sex, a perfectly reasonable struggle after we learn of her horrifying early childhood abuse. Frank treats wife Jordan, who really seems to struggle with the concepts of bras and low-cut clothing, like utter crap, but only until she’s useful to him again. Paul uses the perfectly lovely Emily as a beard, gaslighting her and calling her crazy for sniffing out that something isn’t quite right. No one in the TD universe has a great life, but women bear the overwhelming brunt of abuse. So if Nic is trying to comment on how the world uses women until there’s nothing left, he was too deep undercover as to be distinguishable from those at whom he pointed his finger.

But all of that analysis is useless if you can’t even keep the players straight (and you would be in good company). Crime dramas usually throw a lot at their viewers, but there were too many cooks here (obligatory), feeding us unresolved plot lines and half-baked ideas instead of anything substantial. So much of the dialogue was stilted or poorly delivered, even by this should-be stellar cast. The writers room seems to have devoted too much time creating complex character backstories, forsaking the basics of back-and-forth dialogue. Lines like, “It’s like… blue balls in my heart,” “These contracts… signatures all over them,” or “Is that a fucking e-cigarette?” have become instant classics, and not in a good way. But is that any worse than a hurry up and wait narrative interspersed with cynical, lazy exposition dumping? Either way, these actors, despite their respective calibers, seemed to have genuine delivery issues. It was as if they needed a lagging half second to process the words coming out of their mouths. In all fairness, crime noir is meant to be intensely dramatic and overacted, but True Detective has tacitly positioned itself as ~above all that~ from the beginning; it’s a thinking fan’s pulp that occasionally slums it for the sake of genre, but as this season showed, there was no cake to be had or eaten.

All in all, it was an entertaining watch. Those who waded through the lost interest and Cohlestalgia were rewarded with a few episodes’ worth of engaging shoot outs and not completely obvious plot twists. But in its attempts to out-do itself, the show bit off more than it could chew. What ever happened to Ani’s gambling addiction, or her freaking family? Who burned Velcoro and Bezzerides’ squad car? Where was the public concern over the Black Mountain shootout? Who the hell would murder and steal just to buy their way into a shithole town? We’ll never find out, because the people charged with telling us just plum forgot. It’ll be interesting to compare viewership numbers between each season, and even more interesting to see what becomes of #TrueDetectiveSeason3. If the math holds, eight of the Ocean’s Eleven crew will take on the seedy underworld of brothel LARPing in Texas.