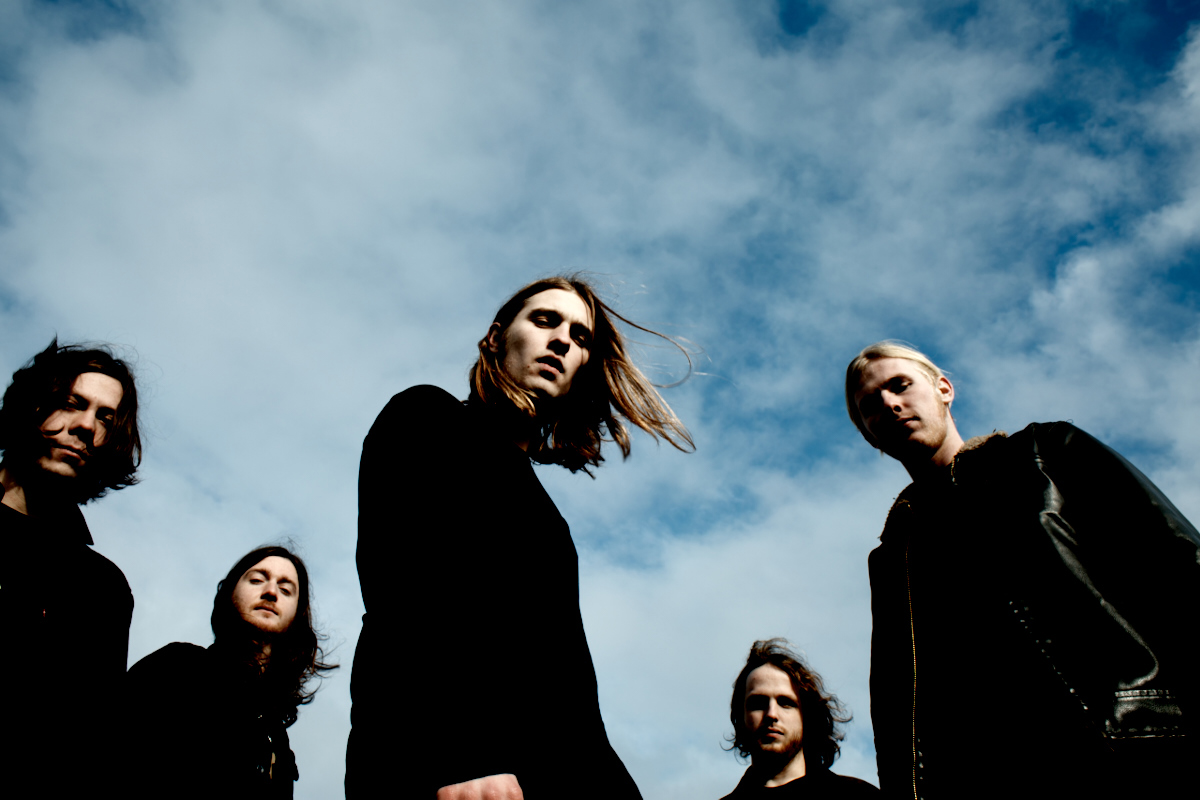 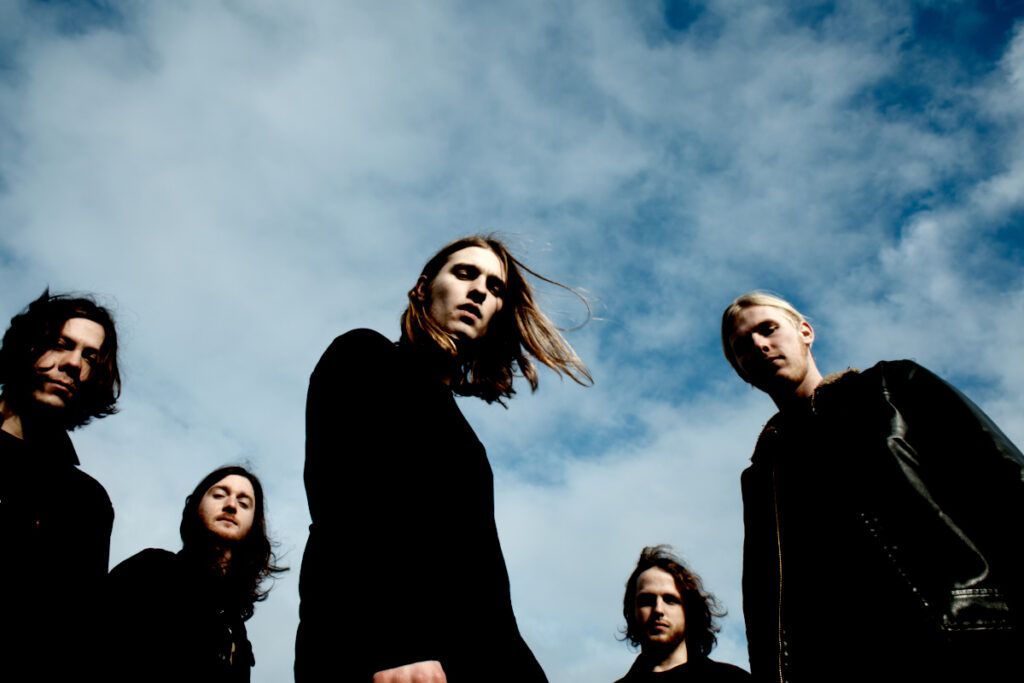 Imagine you’re standing on a jetway, planes soaring above and beside you, the sound of jet engines roaring on all sides–and you might just know what it feels like to be in the crowd at a live Broken Hands gig. Relatively new to the music scene, the British rockers have already received significant U.K. radio airplay with their lead single, “Meteor,” and their debut album, Turbulence, is set for release Nov. 4. With slots at SXSW and CMJ, the band is already making significant headway into the U.S. market.

We sat down with bassist Thomas Ford to talk about the band’s exciting new release, inspiration, and what it’s like when you step foot through the door of a live show.

VM: How would you describe your sound to someone who is unfamiliar with the band?

TF: It’s kind of the sound of jet engines and flights we really tried to convey in the album. A lot to do with escaping. It’s pretty heavy but the song always gets what it needs at the end of the day.

VM: And your debut album is set to come out next month, so what are you most excited for fans to hear?

VM: When you set out to record the album, did you have a set plan or was it more of an experimental process?

TF: The songs in themselves, it was like one main songwriter. And then we found almost the concept, the vehicle we wanted to write with. It was very easy to write together and to achieve the same kind of goal. So the songs we worked on for a good six or seven months, and then we got into the studio, and that’s a great place to check creativity because we are very like-minded. So once we kind of built the song and everything up around it, then we went mad with the sounds. It was pretty straightforward, but then we went mad at the end.

VM: So the music video for “Meteor“ was captured at one of your sold-out shows, and the whole venue is covered in silver foil. Is this something you do at every show? What’s the inspiration behind it?

TF: We were playing shows and the album wasn’t actually out yet. So we couldn’t have people see the cover and instantly see all of the information, what was there to convey the concept. So it was really important to us that when people came into the shows, they weren’t just guessing to what we were trying to get to. We wanted to really build the experience up. So we got these huge parachutes of silver foil and then draped the entire venue. Because you could be in a really normal, everyday club in London and then step through the door and suddenly you’re in this capsule, and light reflects off all the walls. And I think it tied into our concept. They hadn’t heard it yet, so they got to hear the concept before they had a copy of the album.

VM: Speaking of live shows, how would you describe the vibes from a Broken Hands gig?

TF: We really try and extend how we wrote the album over into the room. And embody each song as it comes. We’ve got quite a big energy. So it’s hopefully kind of the feeling of getting sucked into a vacuum and then popping out the other end, a very kind of loud, windy experience. It’s almost like hearing it sounds like you’re near an airport, hearing a jet engine go, hearing things soar from one side to the other. For us, it’s all about extending and embodying that and trying to bring people as close into that as possible.

VM: Since forming, you’ve landed spots at festivals including SXSW and CMJ, was this your first time playing in the U.S.?

TF: Yeah, SXSW was the first time. That was one of my favorite weeks, ever. The states are just fantastic. I’ve only been to a few places yet—New York, Boston, and Minneapolis is another favorite, and it’s so different every single time. So many different people. Pretty much everyone is very vocal. They tell you exactly what they want to say. Whereas in England, it doesn’t matter if they like it or not, they might just walk away from the show. Which is really odd. But I love it out there, it’s crazy and there’s always a whole bunch of people to talk to afterward, which is huge. SXSW is truly something. It was really up there for us.

VM: Do you have any dream venues to perform at?

TF: We like the look of Red Rocks, and there’s a really cool place in Minneapolis, I think it was called First Avenue. And then I think Terminal 5 in New York was one. But every single room we get to play in is going to be exhilarating.

VM: What kind of artists are you listening to at the moment? Are there any you look to for inspiration?

TF: We all live together in one big house, we moved in together to write the album. It’s kind of a strange thing because if one person really gets on something, then everyone else is drawn in on it. This week has been Depeche Mode, and they just announced a tour which is absolutely wicked. I think in terms of a show, a band that has longevity and composure, My Morning Jacket, are really big for us. Really admire what they do, especially on stage. The energy they put out, but at the same time, it’s so composed. It’s ridiculous. I would love if we could get anywhere near opening for them.

VM: Circling back to your new album, out of all the tracks on Turbulence, which lyrics resonate with you the most? Or do you have a favorite track, one you’re most excited for fans to hear?

TF: Funny enough it is “Turbulence.” It just embodies the most what we were going for in the album. I think it was the first track we wrote, and we were coming back through the old tapes, and things change in the recording process, but when we put on “Turbulence,” it hasn’t changed since the day we put it together and arranged it in rehearsal space. Every time we play “Turbulence” it really reminds me of the beginning of this whole thing. The beginning of the album, the beginning of getting out to the world.

Check out Broken Hands’ debut album, Turbulence, out Nov. 4 via SO Recordings. 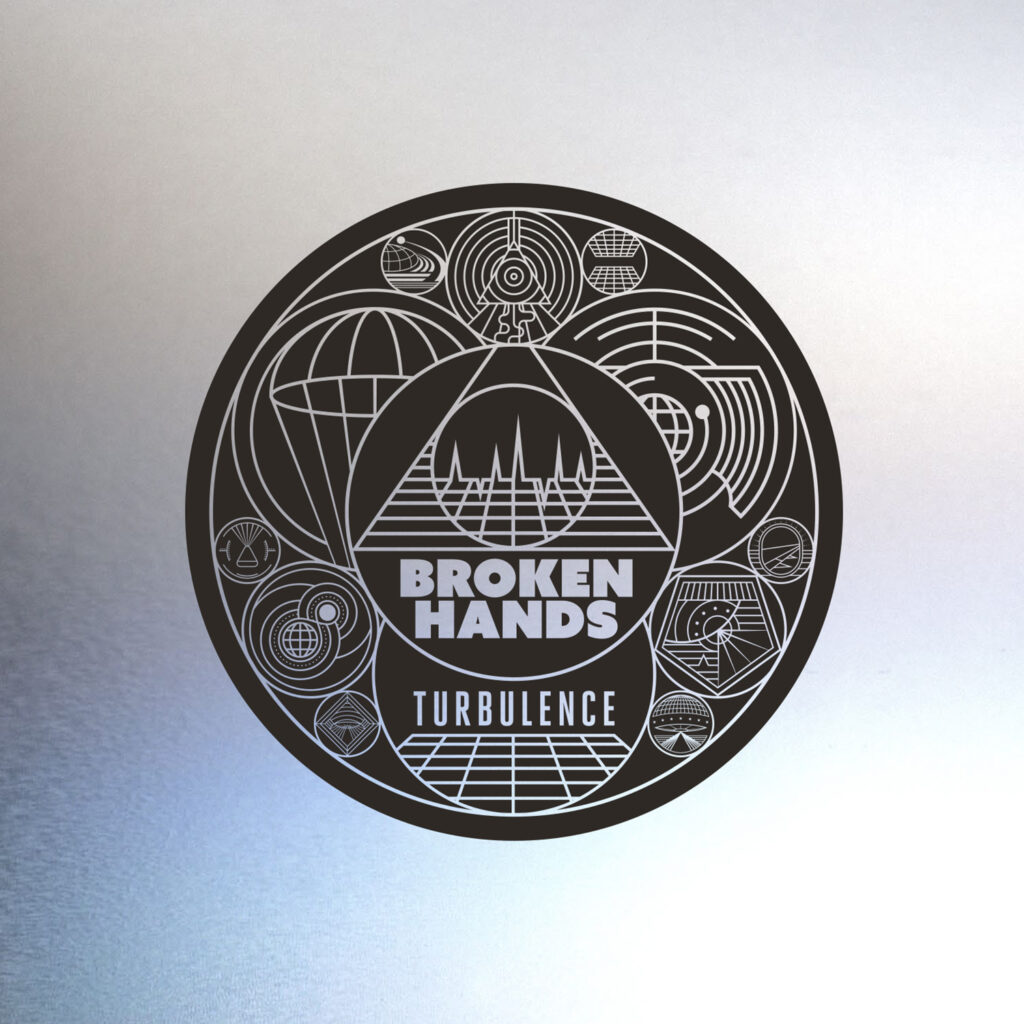