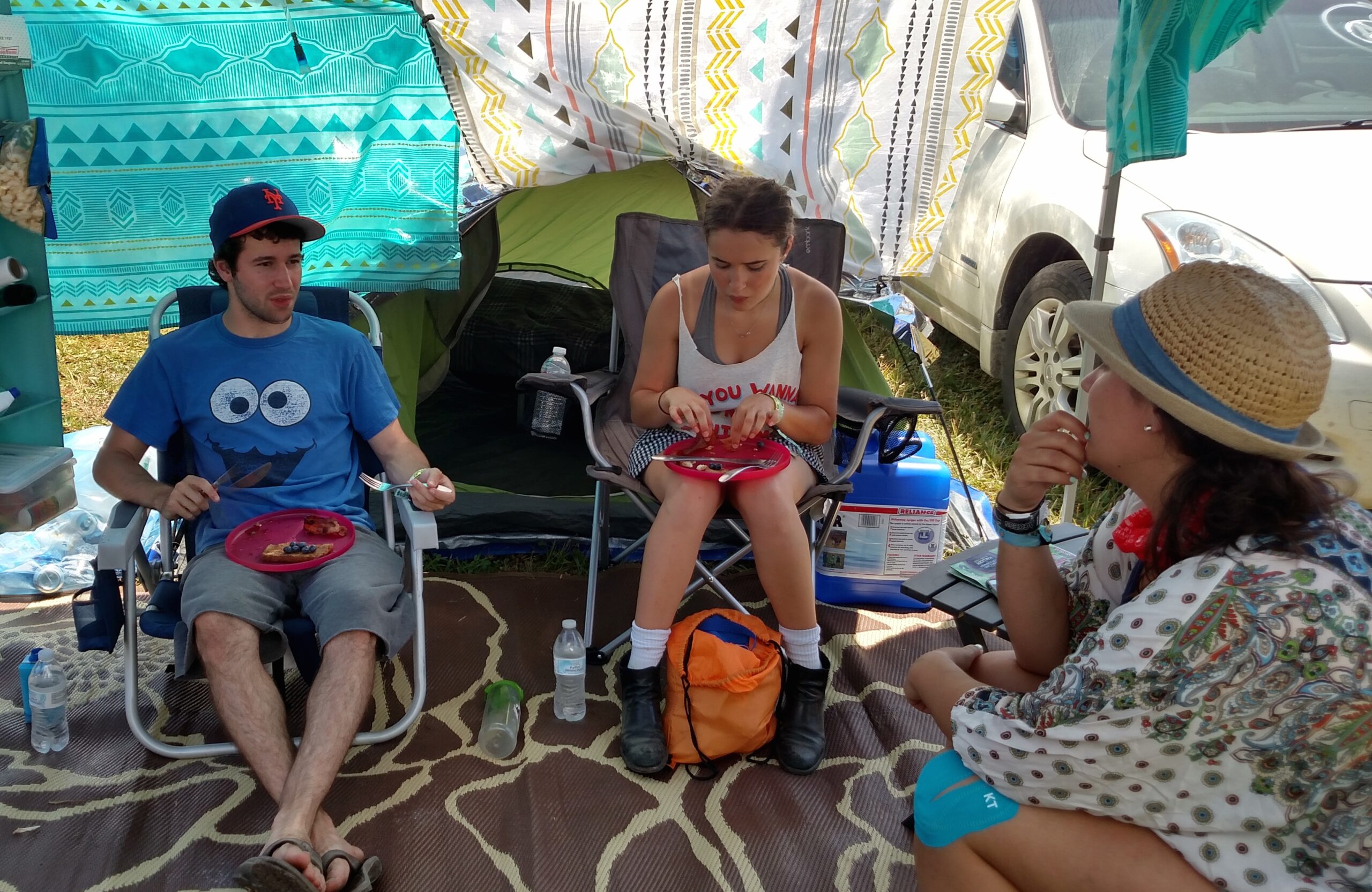 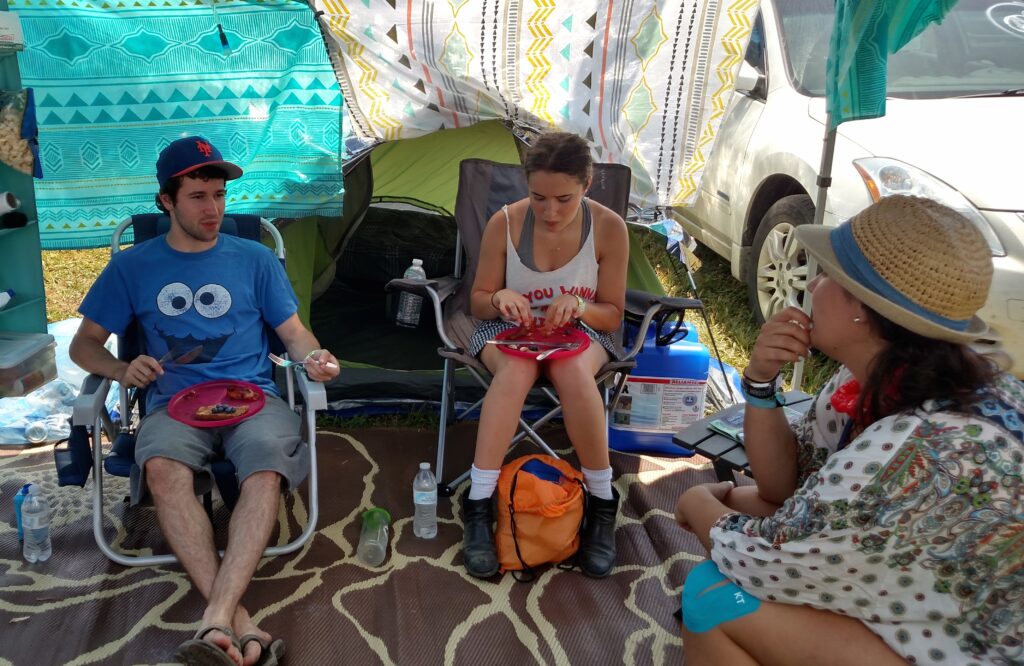 Siblings Clyde and Gracie Lawrence are serving up music that sounds like breakfast; a serving of fresh nostalgia with a side of bacon. Capturing the essence and sounds of a bygone era, their debut album Breakfast meets at the intersection of classic songwriting and modern production.

Prior to their Bonnaroo Music and Arts Festival debut this past Saturday, we sat down with Clyde and Gracie. Over a campsite breakfast of french toast, pancakes, bacon, watermelon, and a Bloody Mary or two, we chatted about the new album, working with Krasno, and, of course, all things breakfast.

Vinyl Mag: Since we’re eating breakfast, let’s get into how you guys chose the title Breakfast for the album.

Gracie – We’re big breakfast fans. I think the name from the album came because every morning we would be having breakfast, our dad would be playing music. It has a very homey feel. Breakfast is a very communal time in our family and there was always music playing at that time.

Clyde – And I think when we were trying to think of album names, we were trying to fish for things that felt like the band and felt like our family. We’re very casual people, most of our life is spent in our living room in sweatpants, snacking and hanging out. We thought about a bunch of names that thought about how we are casual, and other names that related to food, and things that related to home life. And we landed on ‘Breakfast.’ At first, we were like is that going to jump out at people, in a goofy kind of way or are people going to get it? I think think the response has been really good. People see the band name, hear the album, and are like ‘BREAKFAST, I get it.”

VM – Do you have any favorite breakfast foods?

G – I feel like our dad was very particular about scrambled eggs. He would put cheese in the eggs in a specific way. He had a very specific technique. And we’re really big bacon people.

G – Our grandparent’s house, our house, and then on our block in New York there are two places that we go. One is the Utopia Diner, and then there is a place that we call the G store, because there is a G in the window, but it’s called Giacomo’s and we go in there all the time. In this music video we just did called “Misty Morning” we went into the cafe and featured the cafe in the video.

VM – Since first starting the band, have you learned anything new about each other that you may not have known before starting this process.

G – I feel like we have naturally learned each other’s strengths and what we’re best at. We treated the band like a start-up to make it like a business sort of. And I think we even identified even in social media, ‘Oh Clyde is really good at running this and I’m really good at doing this.’ There’s the business things we’ve learned about each other and the musical things and strengths, songwriting wise.

C – I think that anytime you do something new with someone your close with, I think it doesn’t change your perception of them but it builds on it. That has definitely been the case, growing up together and making music together, but then when we actually get in the studio with each other that’s a new experience, and when we’re writing songs together that’s a new experience, and now we’re living on the road together, that’s a whole new experience. But we also have six other guys who are with us in the band. It’s a big eight piece and band and they are our friends, so it’s fun.

VM – With a large eight piece band, what is that energy like for you and being on that stage performing with all those different people?

G – We used to do shows that were just the two of us, and sometimes we still do that. But there is such a difference with playing with the whole band, a whole new energy that is really exciting.

C – Having everyone around and we’re on the same page, we have been playing these songs for so long now, and we have been playing together, we just know that we’ll pick each other up. and that’s the thing with Gracie, it used to be more me in the front and then since Gracie and I have become two people who are just switching it up, we try to switch off every single song, and it’s really cool to build the flow of the set. 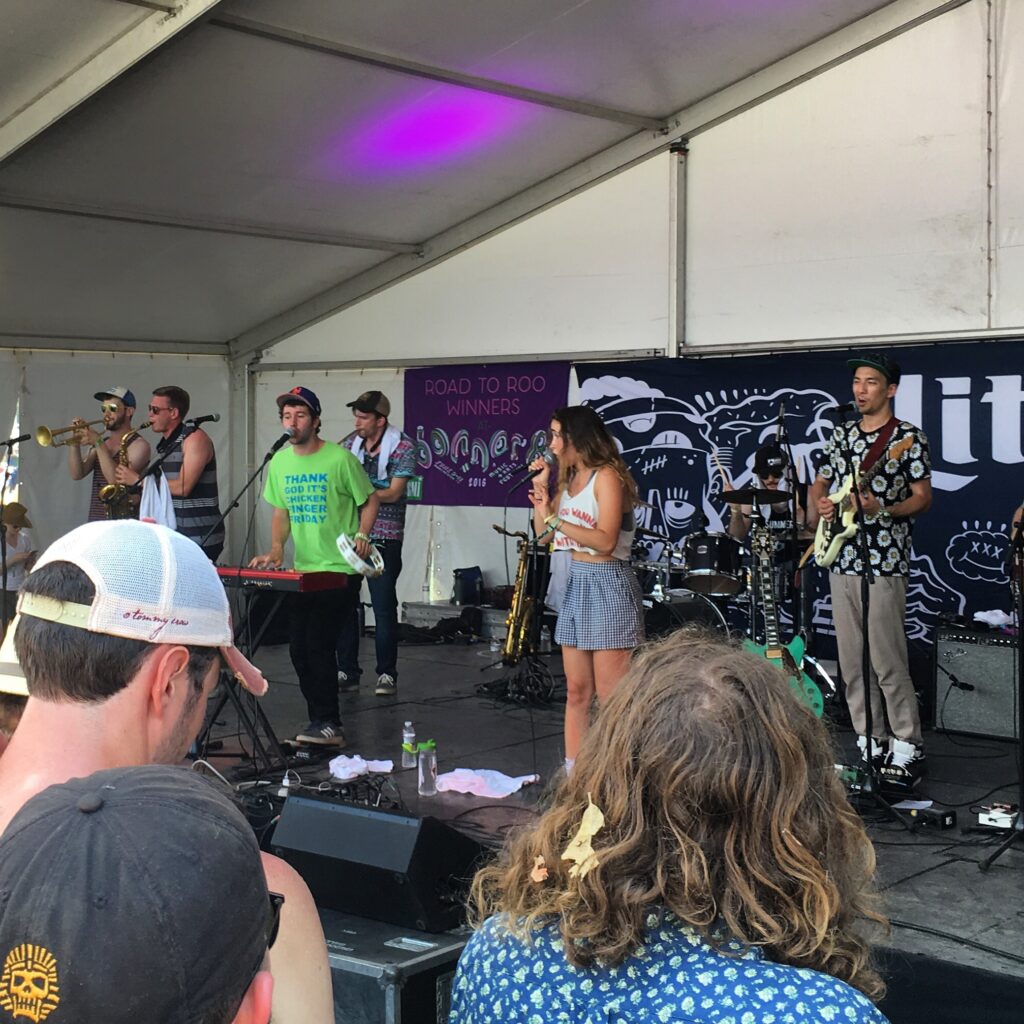 G – It was pretty great, because we were fans. It was a really great experience because of the background, what his sound was versus what our sound was. We have similarities, but we also have differences. I think we came in and we were very confident in our songwriting abilities, but Kras has this funk and soul sound that he can magically put onto our songs. And in the songwriting I think it’s already there, but the fact that he was able to bring it out and really solidify our sound and make it cohesive for the whole album, because the songs are very different, we have a lot of different types of songs on the album.

C – He helped it to become cohesive and he also has some great notes on the songs and songwriting itself. This was a unique situation, you usually go into the studio, work with the producer and begin to put together songs. This was a situation where Kras found out about us and we were already planning to go in an try to record some stuff while the songs were already written, and for him to come in and hear all the songs and give us a bunch of notes on what we should change about the songs, in a way that came through to us while we had been living with these songs for years.

VM – Tell me about the other artists that Krasno brought in to help out on the album.

G – We have have Adam Deitch on “Do You Wanna Do Nothing With Me?” and we have Cory Henry. That was pretty funny because we were like, ‘Wouldn’t it be fun to have Corey Henry on it?’ and Kras was like, ‘Do you want me to text Henry?’ 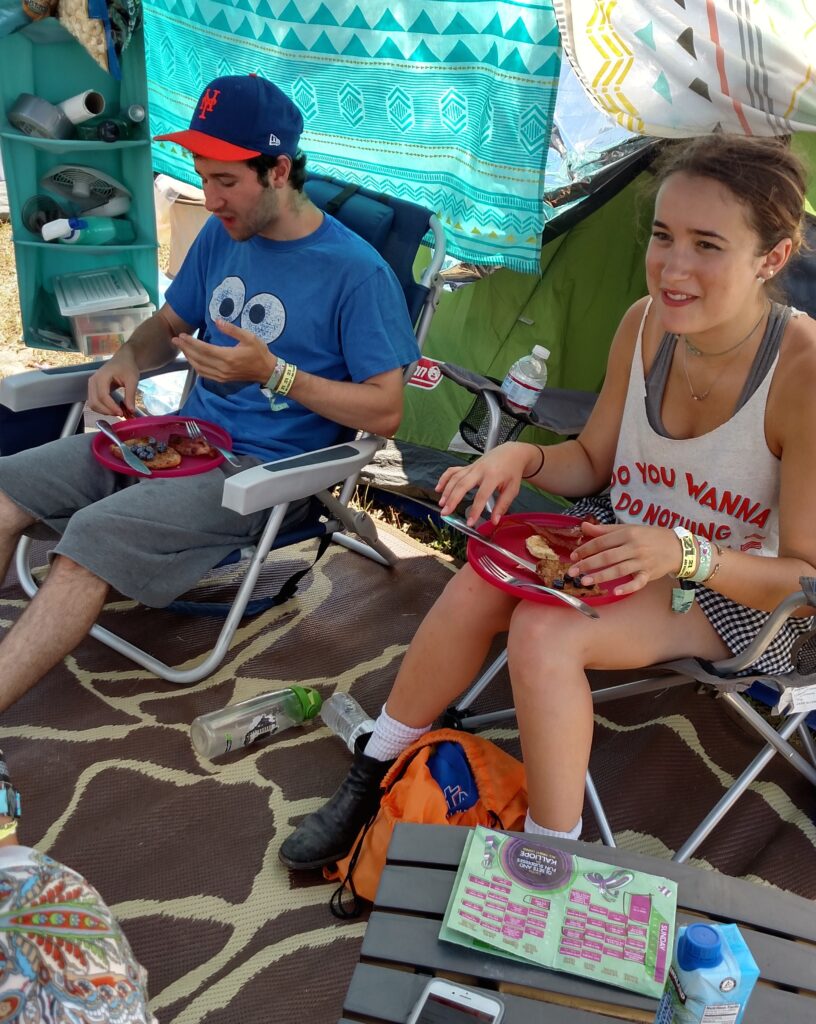 VM – The album has such a sound that brings you back, it has an old sound but it’s fresh. What was the creative process behind capturing that sound?

C – A lot of it is about getting to that point was handing it to Kras, but that was our goal. Every song has a reference of new and old, and you need to feel good about this song about putting in on before or after another. So for “Do You Wanna Do Nothing With Me?” that needs to sound cohesive if it comes on at a party after a Stevie Wonder song or also after a Beyonce song. And then for “Cold” that needs to sound good if it comes on after a Beatles song, but also sounds good if it comes on after a Frank Ocean song, or something like that. I think that was something we were very aware of, and we wanted to walk that line.

G – And I think that a big reason of why it walks that line is that we kind of come from this background of listening to music that has a very specific songwriting structure like the Beatles or Carole King or a lot of Motown, Randy Newman…very specific songwriting structure that we love because it is a vehicle for telling really good stories. And I think that we write in that style because we know that’s what we know. But being that we’re “kids” we really like modern production that’s on the radio and I want what we play to fit in with that. I think it’s a really cool intersection between what we listen to, of old songwriting structure with modern production.

C- In short, it needs to tell the stories the ways music used to, but bang as hard as music does now.