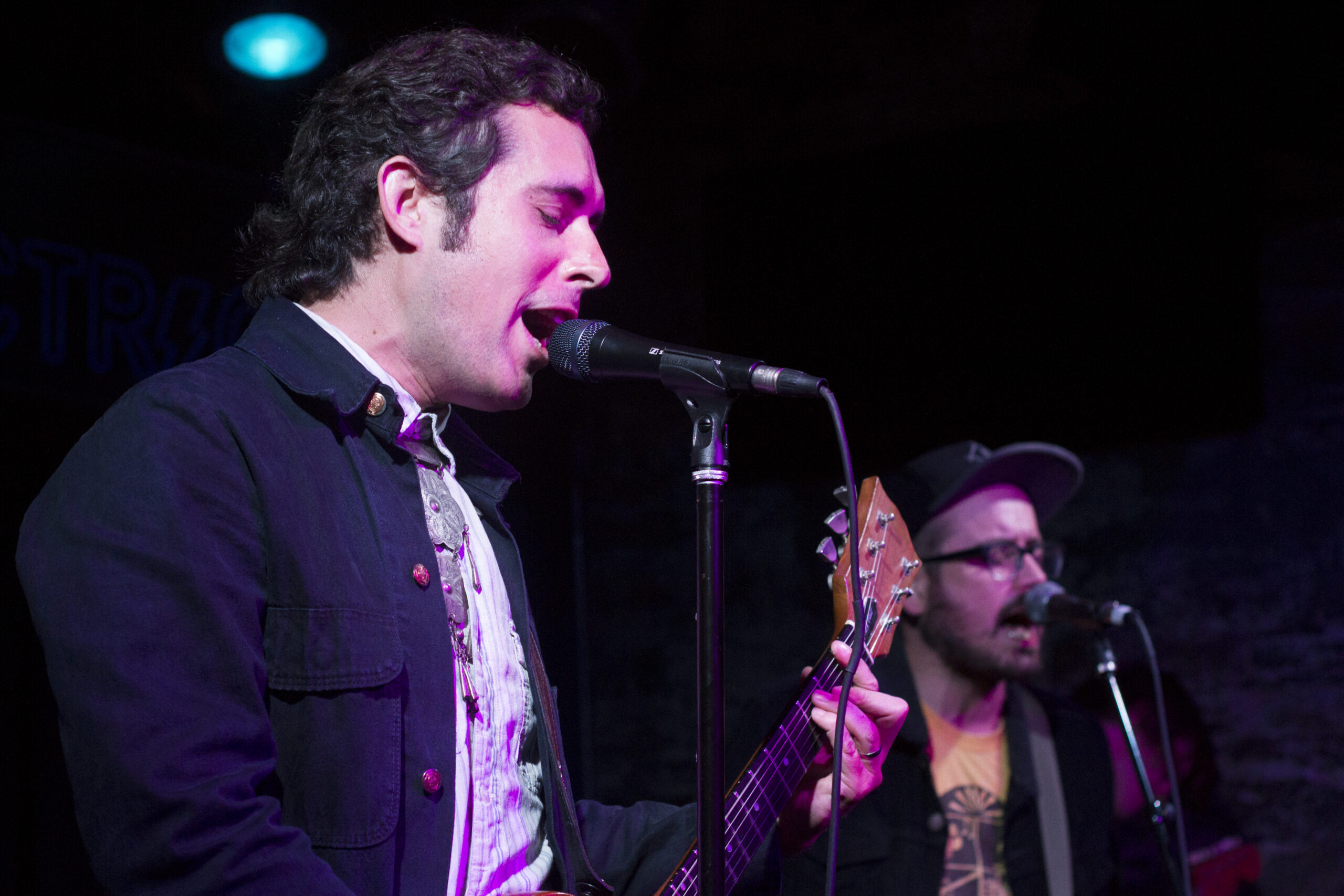 “The wheel ain’t broken.  You don’t need to fix it, just trying to put some new rims on it.”

At CMJ this year, the first band on my must-interview list was Saint Pé, the newest project formed by Black Lips alum and current Diamond Rugs guitarist/vocalist Ian Saint Pé.

As a not-born-but-bred Georgian, I’ve been a Black Lips fan since I switched Jack Rogers for Converse and mini skirts for skinny jeans back in the 9th grade.  And then came college and post-college life in Athens, Georgia, where I was introduced to part-local supergroup Diamond Rugs.  Dudes.  This band is my joint, and I have been helplessly addicted since the release of their latest album Cosmetics back in February.  Yes, that is nine full months that I have had D.Rugs in my constant rotation, and I’m nowhere near over it.

That being said, if Ian Saint Pé is involved with a band, I’m an instant convert.  So when word reached my ears that he was forming a new band under his name, I was all kinds of psyched.  And when I found out that the band was coming to CMJ, I snagged myself an interview with them so I could let my fan flag fly.

We all sat down on the rooftop of Our Wicked Lady in Brooklyn before the band’s last of three shows at the fest, and as soon as the mic was on, Ian dove in, intro’ing us with our new slogan: “Vinyl Mag CMJ 2015.  Pro gear, pro attitudes.”  This turned out to be the first of countless ad-libbed one-liners throughout the interview, which he attributed to having a “lot of time in a van to think about things.”

When asked about his new direction away from the band that had built his career and on to a new self-titled project, Ian explained to me that sometimes, even the bands you love get a little stale (my nine-month Diamond Rugs binge might indicate that I have a higher tolerance than most for this phenomenon), and that after 10 years in the same band, things inevitably get a little redundant.

“I’d say after 10 years … honestly, The Rolling Stones—that’s my favorite band, and there’s a good reason why—but I don’t even want to hear them for more than an hour, you know?  And that’s a super good band.  I mean, ’cause how much more can you say in that amount of time?  So with that statement, I’m gonna move it on to records.  I did seven records in 10 years.  What more can I say?  It was time to change it up.  Love the guys, but I got more to say.  I love them, and I love the records, but I’m ready to birth new children with new people.” 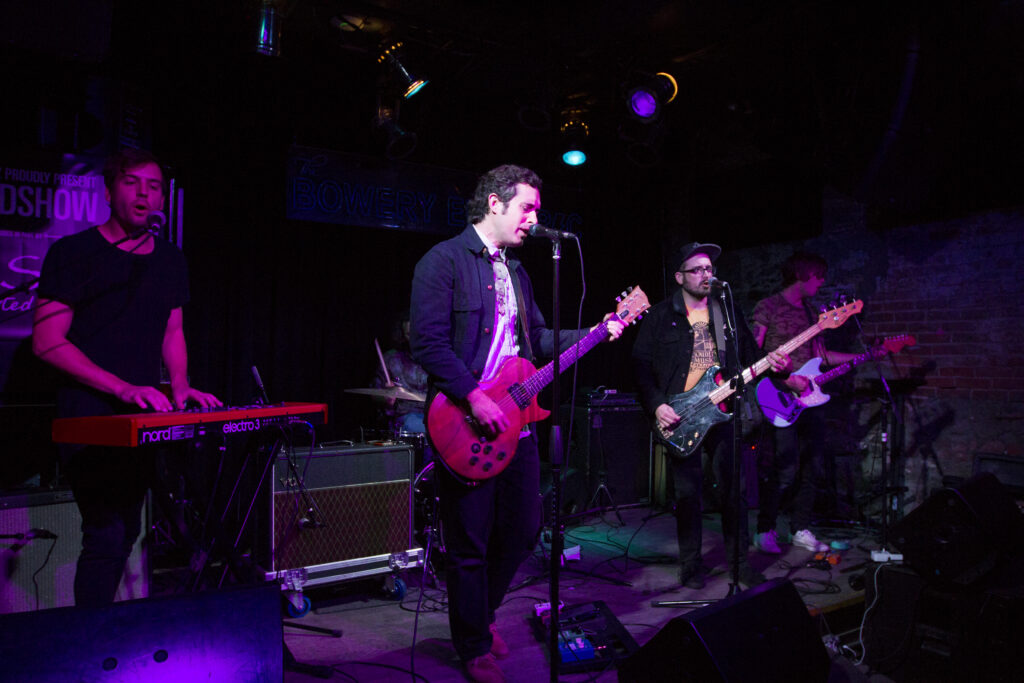 And so, Saint Pé was born.  The band came together the way all bands do, through the local music scene—in this case, the scene of Atlanta, mainly.  Most of the band members are based and/or met in A-Town, with the exception of “ivory tickler” (a.k.a. keyboardist) Paul Wierdak, who is based in Chicago.  Ian, who had lived in Atlanta for 15 years, credits the bulk of his musical career to the city, saying, “It ain’t New York, but it was my New York.  And no regrets, because unlike New York and L.A., I could have half a job and spend all my time playing music–and did it–rather than having to have three jobs and maybe play music … if you have a fall back plan, you’ll fall back.”

So what does Saint Pé have to say that hasn’t been said in any of Ian’s other projects?

“It’s always been eat, shit, sleep, breathe rock and roll,” Ian told me. “The wheel ain’t broken.  You don’t need to fix it, just trying to put some new rims on it.”

The rims are fresh indeed.  Though it was Saint Pé’s oh-so-familiar moniker that originally grabbed my attention, it was the refreshingly upbeat track “Street Lights” that made me a believer in the band.  Premiered via Noisey back in April, “Street Lights” is one of four tracks off the band’s debut Secular Music EP.

“It’s just my story of never worrying about what could have been, because I always knew what was,” Ian said of the song.  “And that was to play music.  ‘Street Lights’ is basically the adaptation of my novel I haven’t written and the movie that hasn’t been made yet … because late at night, with the white line fever, the only thing that comes to your head is the lights, physically.  That’s powerful to the eye, the light … basically about being on the road and getting something.  [The line] ‘Got a country house, quiet as a mouse’—you know, I was able to get everything I wanted … that’s what ‘Street Lights’ is about.  Just everything I was striving for, I got–which wasn’t much, but just to be happy and do artistic shit on my terms.”

Sounds good to me.

“Nothing’s changed,” Ian clarified.  “I’m 38, still bleed 17.  I want to continue to play music with friends of mine.  The other Black Lips guys are still my friends, but I just want to change it up … I had to take two steps back to go five steps forward, and I have a bunch of my friends from Atlanta and Chicago that are participating in this project.  I’ve got nothing but great expectations. I did six continents, but I haven’t done seven. This band will do seven.”

Saint Pé is Ian Saint Pé (vocalist/guitarist), Matt McCalvin (bassist), Ian “Mickey D” McDonald (guitarist), Paul Weirdak (keyboardist), and John Restivo Jr. (drums).  They are currently on tour, set to play shows with Natural Child and T. Hardy Morris.  Check out their tour dates below, and keep an eye out for more dates coming in January.  These guys won’t be slowing down any time soon.  Parting words from Ian: “Ain’t gonna stop ’til it’s broken, and I don’t plan on being broken.” 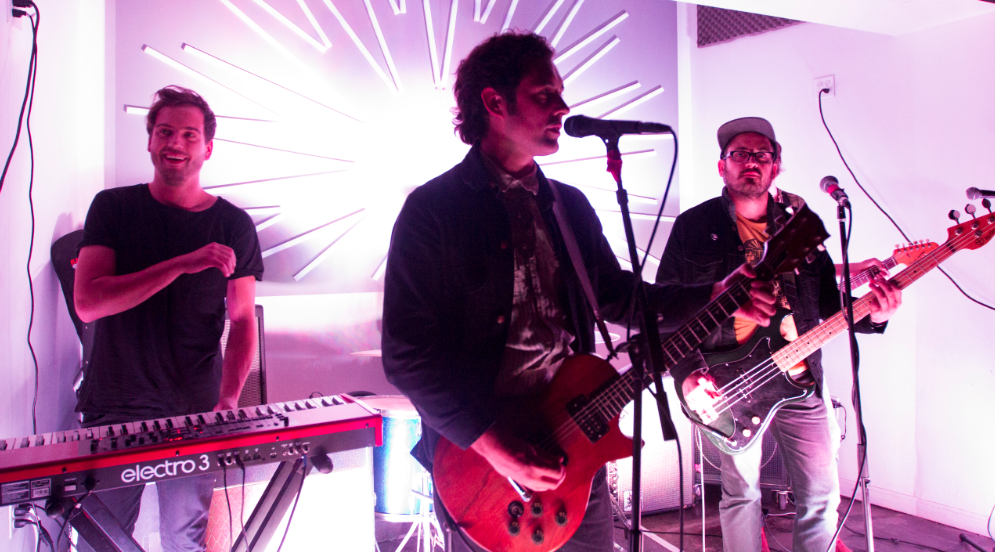