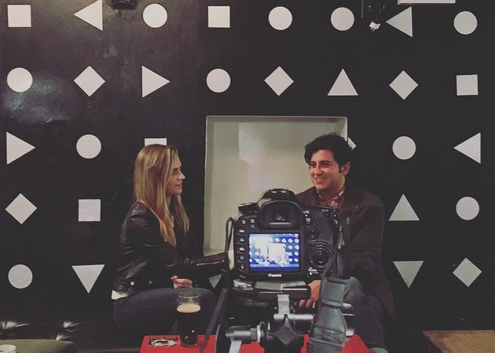 Atlanta six-piece Quaildogs just released their first LP, The Getting Old Factory, back in September, but they’d already made a name for themselves prior to the release.  The alt-country band has opened for the likes of Moon Taxi, Roadkill Ghost Choir, and the Dirty Dozen Brass Band, and they recently played multiple shows at New York’s CMJ Music Marathon.  We caught up with them at their show at Leftfield NYC to chat about their record, studio time (shout-out to mutual friend and Glow in the Dark Studios audio engineer, Ben Etter), and how they unknowingly ended up in Counting Crows’ Adam Durtiz’ house.