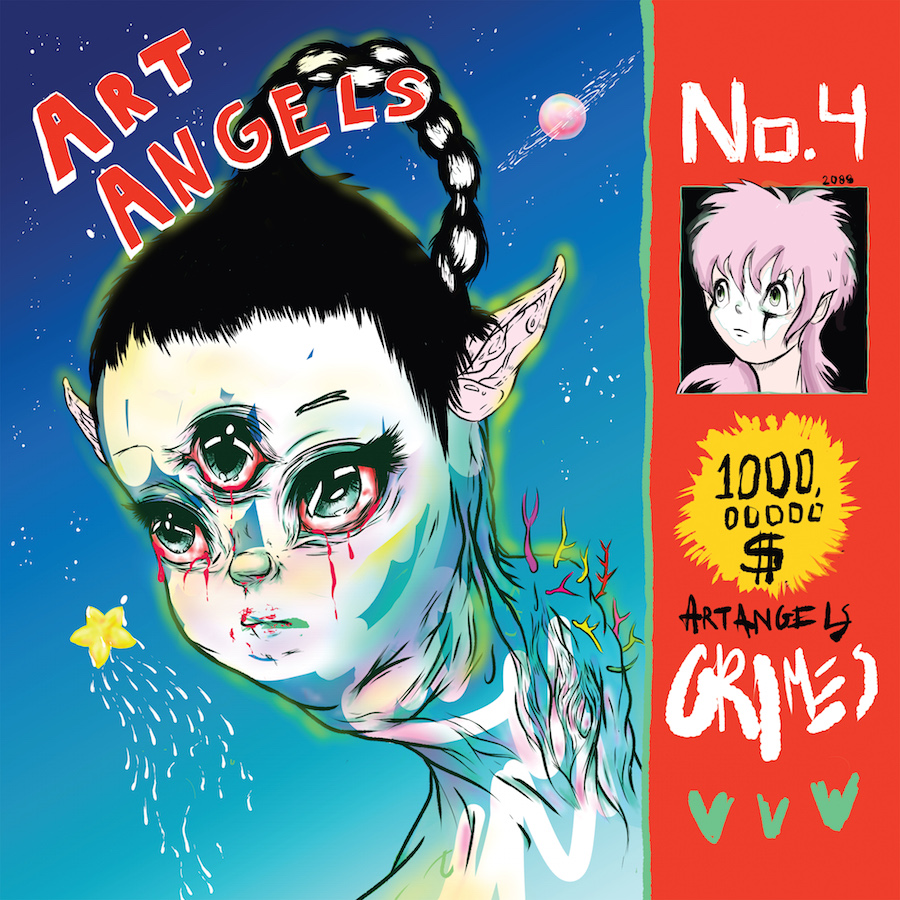 Vancouver’s Claire Boucher performs under the alias of Grimes. Since her start in 2011 with a split EP alongside D’Eon, who’s known for his experimental electronic style, Boucher has evolved into her own electronic pop style. One of Grimes’ most popular albums, Visions (2012), gave us contemporary electronic melodies like “Genesis” and “Oblivion.” With flawless baby bangs and an equally flawless and baby-like voice, Boucher has graced us with yet another upcoming album in December, Art Angels.

Her two newest singles “Flesh Without Blood” and “SCREAM” exhibit two very different sounds, possibly hinting at the new album’s diversity and evolution from her signature style. “Flesh Without Blood” stays consistent with that familiar electronic dance style that has a way of attaching itself to the listener. With metallic beats and subtle punk riffs, Boucher’s ethereal “ooh’s” and “ahh’s” offer a complex balance between sharp and soft sounds.

“SCREAM” moves away from the familiar spacey sounds to an industrial style. The track features Aristophanes, a Taiwanese rapper. The vocals still adhere to Boucher’s high-pitched style and seem to resemble the eerie sweetness of Die Antwoord.

Boucher is a pioneer of the new age sound, and we can’t deny her fashion sense is just as vibrant and unique as her music. Catch her at the Buckhead Theater, November 11th.