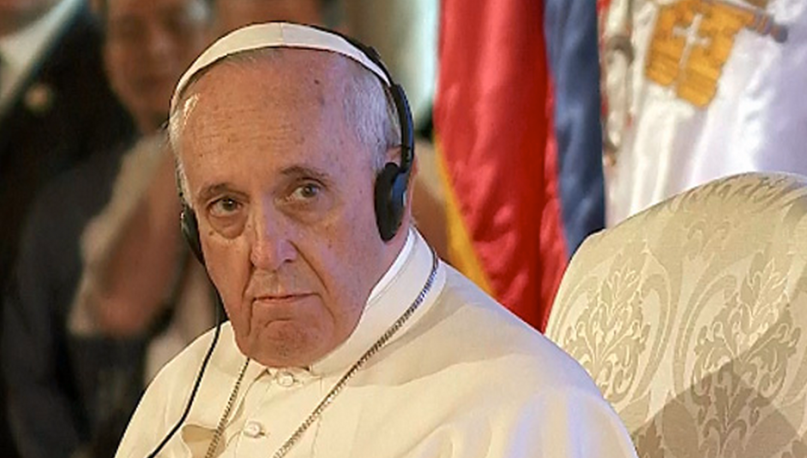 As the rocking world has heard, Pope Francis is set to release an 11-track album to help preach his message of faith and righteousness with the masses.  The pop-rock album will be called “Wake Up!” and is slated to come out on Nov. 27, 2015.  The Pope released a single from the album entitled “Wake Up! Go! Go! Forward!” which features his Holiness himself delivering inspirational speeches over beats and background instrumentation.

In honor of the Pope’s budding career as a musician, here are some songs featuring religious figures in the title or the song itself.

There’s nothing like a bold start to a playlist, and that’s exactly what you get with A$AP Ferg’s “Hood Pope”.  The Pope doesn’t seem like a hardened person at all, making this both humorous and serious (because of the lyrical content, it’s not to be taken lightly obviously).

This particularly dark song by Radiohead is not a light point of the playlist by any means, but it serves as a nose dive into a different territory of rhythm.  The bluesy style of “Bishop’s Robes” that sounds similar to something Muse would produce is strangely soothing.

This song is featured on a lot of soundtracks, but not enough as a single itself.  From the gentle crooning of “So you think you’re in control” to the combinations of both singers chanting “Oh my God”, Ida Maria brings a fresh indie element to the playlist.

Probably one of the most fitting songs for this playlist, Brand New questions life after death in the reflective “Jesus Christ”.  This track questions morality and personal beliefs in a way that both asks for forgiveness and condemns the need for it.

Front Porch Step brings romantic emotions in juxtaposition with the stereotypical forces of good and evil in “Angels and Demons”.  A man and his loved one are at odds and it is comparing his lost heart as being (surprise) sold to the Devil.

No religious playlist is complete without a track from the hit musical Jesus Christ Superstar.  This is that track.

There’s no good way to follow up a track as great as “Superstar”, but “The Pope Smokes Dope” is very close.  Pope Francis is regarded as the “hippest” Pope in a long time, which probably inspired songs like this.  Don’t fret, The Pope does not actually smoke dope.

Elbow is a sleeper hit.  Their musical artistry is shown in the cool cascade of random instruments for the intro, followed by the lyrics which are in the style of low-fi indie pop.

There is no explanation for Slightly Stoopid.  They just appear, and whatever they create magically fits into the world perfectly.  “The Prophet” is an example of that.

The earlier Modest Mouse albums feature low production sounds and are notoriously more indie and acoustic influenced than later albums.  The interesting thing about this song is that even though the instruments are friendly and inviting, the lyrics are actually very dark subject content.