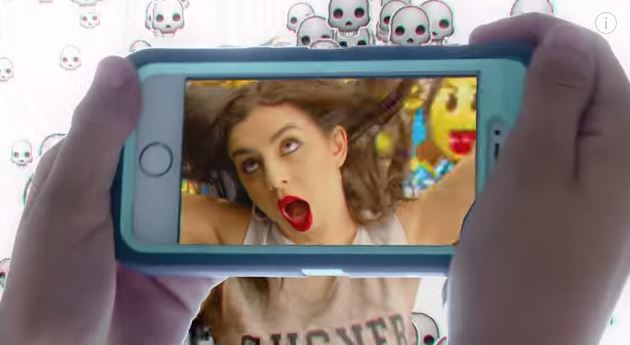 At Vinyl Mag, we love Charli XCX; no doubt our readers love her, too. More obscure but equally loved Eric Wareheim of Tim and Eric directed Charli’s newest music video, “Famous.” Two of our favorite artists in one!

If you’re familiar with Tim and Eric, you’re right to expect a video plagued with obnoxious graphics and a slightly creepy vibe. “Famous” is just that, focusing on our generation’s obsession with technology.

Emojis flying, a fake infomercial, and various old people just doing what they don’t do best…taking selfies. Expect an element of the grotesque and one of hilarity. This is a brainchild Vinyl Mag will be nurturing for a while.