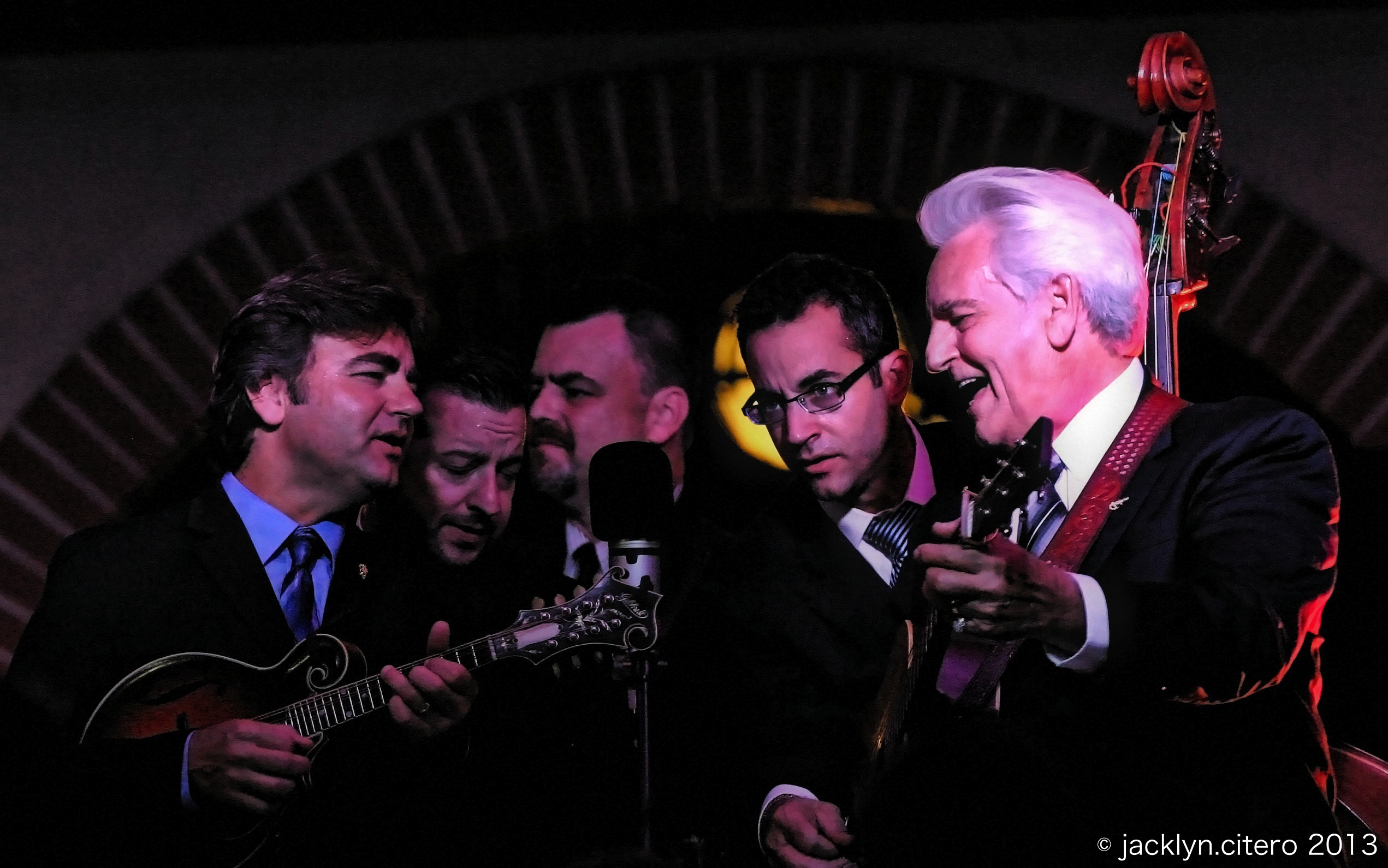 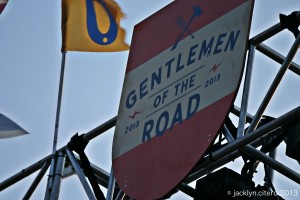 Rarely is it the intent of music festivals to engage and immerse entire communities with event festivities beyond the promotion of the host city as the location for the festival, the invitation of local vendors within festival grounds, possible volunteer opportunities for locals, and promises of a local economy boost. Now, you may be saying to yourself, “Wait a minute… all those listed points do in fact ‘engage’ communities when music festivals come to town.” Of course they do, to an extent. (Bear with me now) From city fests to out in the middle of nowhere in giant fields, music festivals I have seen foster community involvement only to the degree mentioned above. It wasn’t until my arrival in St. Augustine that I finally understood what it truly means for full entire communities to embrace and welcome a music festival to their home. 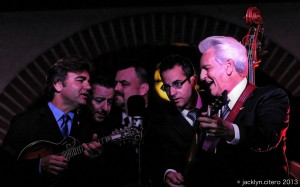 Welcome signs, Mumford & Sons and Gentlemen of the Road (GOTR) flags, and mustaches seemed to greet visitors everywhere. From the smallest shops in town to the the top of the St. Augustine Lighthouse, warm “gentlemen” welcomes were abundant and every local seemed to be embracing the GOTR spirit. St. Augustine was the final Stopover city for the traveling festival this summer; other cities included Lewes, East Sussex (UK), Simcoe, Ontario (CAN), Troy, Ohio (US), and Guthrie, OK (US). Mumford & Sons began hosting global GOTR Stopovers in 2012 and the essence of this project over the past two summers has remained the same: to produce “a music festival that celebrates local people, food and culture, where everyone pitches in and everybody gets something back.”

The official planning process for the St. Augustine Stopover with city officials began eight months prior. For a city that depends greatly on summer tourism, GOTR was a huge deal for locals and the the festival dates were set for Sept. 13-14, during a time when the local tourism economy is slow. Throughout the weekend the only concerns from locals seemed to be over traffic and price gouging. With downtown parking extremely limited all weekend a partnership between the city and GOTR provided a shuttle service from general parking areas outside of town. The only price gouging, and the highest gouging for an event I have personally ever seen, came in the form of $50 event parking spots throughout the town. The markup seemed to quickly drop to half price as the weekend went on, as there was lack of visitors in need of such parking spots; the city had done such an exceptional job in deterring anyone from driving downtown that most festival goers were using the shuttle, walking, or riding bicycles.

The main festival area was located at Francis Field, but there were also smaller stages planted around the downtown area supplying free music and encouraging visitors to explore St. Augustine beyond the confines of the festival grounds. The Festival kicked off at 6PM on Friday and had a lineup that included Willy Mason, Thao & the Get Down Stay Down, The Walkmen, and Edward Sharpe & the Magnetic Zeros.

Willy Mason and Thao & the Get Down Stay Down were both good sets to ease into a weekend of music. Mason’s set was acoustic, as well as nearly the first half of alternative folk rockers T&TGDSD’s set. Thao Nguyen and her band had a performance style was able to capture new listeners off guard and beg them to question themselves with “why haven’t I heard of them before?” There was a familiarity and comfort in Thao’s voice, almost as if watching a friend perform, and watching her switch between banjo, guitar, and mandolin maintained audience intrigue. Cheery, light, and happy is how T&TGDSD left that Friday evening crowd.

Throughout the weekend emcee “Big Mike,” unbeknownst to many in the crowd that “Big Mike” was in fact the talented guitarist Mike Harris of Nashville’s The Apache Relay, had the responsibility of introducing all bands and hyping up the crowd. Between sets Friday night he publicly announced the cancelation of highly anticipated headliner fun., but provided the hint that an artist with a connection to the phrase, “Have you ever seen the rain,” would be the replacement. “Holy Shit! John Fogerty!” remarked one festival attendee. Although Fogerty was the obvious choice, rumors of Old Crow Medicine Show and Kings of Leon were rampant throughout the crowd.

By the time New York’s The Walkmen took the stage, festival attendance and anticipation seemed to have grown immensely. In a crisp white button down, almost too refined for an indie rock band, frontman Hamilton Leithauser took to the stage and positioned himself with microphone in hand under the blue lights. As soon as his mouth opened and The Walkmen began to play, it could be heard that Leithauser and his bandmates are masters of their craft. Genuine raw emotion full of beauty, agony, and power seemed to emanate from Leithauser’s vocals. In backing the captivating frontman, The Walkmen exuded an overall sound of vintage rock with a hint of polished garage band. Through the entire set, soothing singing morphed into fiery powerful vocals and it seemed that at times Leithauser held back as to not overpower the performance, but there was a sense that given the opportunity he was extremely capable of taking his vocal performance to a soaring new level.

The last set of the evening was held by Friday’s headliner Edward Sharpe & The Magnetic Zeros. Stage preparation took place as frontman Alex Ebert, clad in a red coat over a dingy white and paint splotched t-shirt, unexpectedly took the stage and introduced a video the band had just recently shot during a stint in New York City and had just been finished being edited that morning. The videography of the video for “Life Is Hard” was eloquent and alluring and gave a look into the soul of the band. Alex remained on stage for the entire video, crouched in the corner, and his eyes shifted back and forth from the video to the crowd as he took in any and all receptiveness of his latest creation. Although he maintained a quiet presence in the shadows, and with my position right next to him from inside the pit, it was evident that internally Alex was basking in a personal and momentous moment. 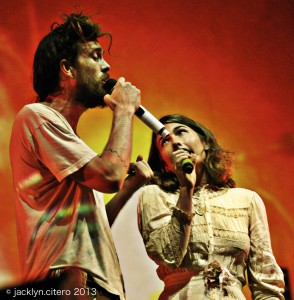 Soon after the video’s conclusion, Alex emerged once again this time with the rest of the band. Screams hailed from the crowd for vocalist Jade Castrinos as she made her way to her microphone. She was dressed in a white floor length vintage gown reminiscent of the Summer of Love in the Haight. With a smile and a soft appreciative wave she acknowledged the shouts of adoration. “Man On Fire” was the first song of a set that only the love child of the Mamas and the Papas and Jefferson Airplane would perform.

Alex and Jade have a charismatic stage presence and unmatched harmonious chemistry that can only be fully understood by attending one of their shows. The duo sang and danced their way through a set that was partially chosen by members of the audience from the front few rows. Against a psychedelic backdrop, Jade transitioned between singing and playfully dancing with Alex, where as Alex’s dancing and flailing was interrupted by jumping off the stage and diving into the sea of worshipers. The audiences was enthralled.

Probably the most recognizable Edward Sharpe songs, “Home,” was the second to last song performed. Within the song, Alex provided commentary on how we would not see us for a while and that they wouldn’t be there to hang out with us tomorrow. This bitter-sweet song choice was appropriate as their GOTR journey and Day One of the St. Augustine Stopover came to end.

1 thought on “Gentlemen of the Road: Day One”