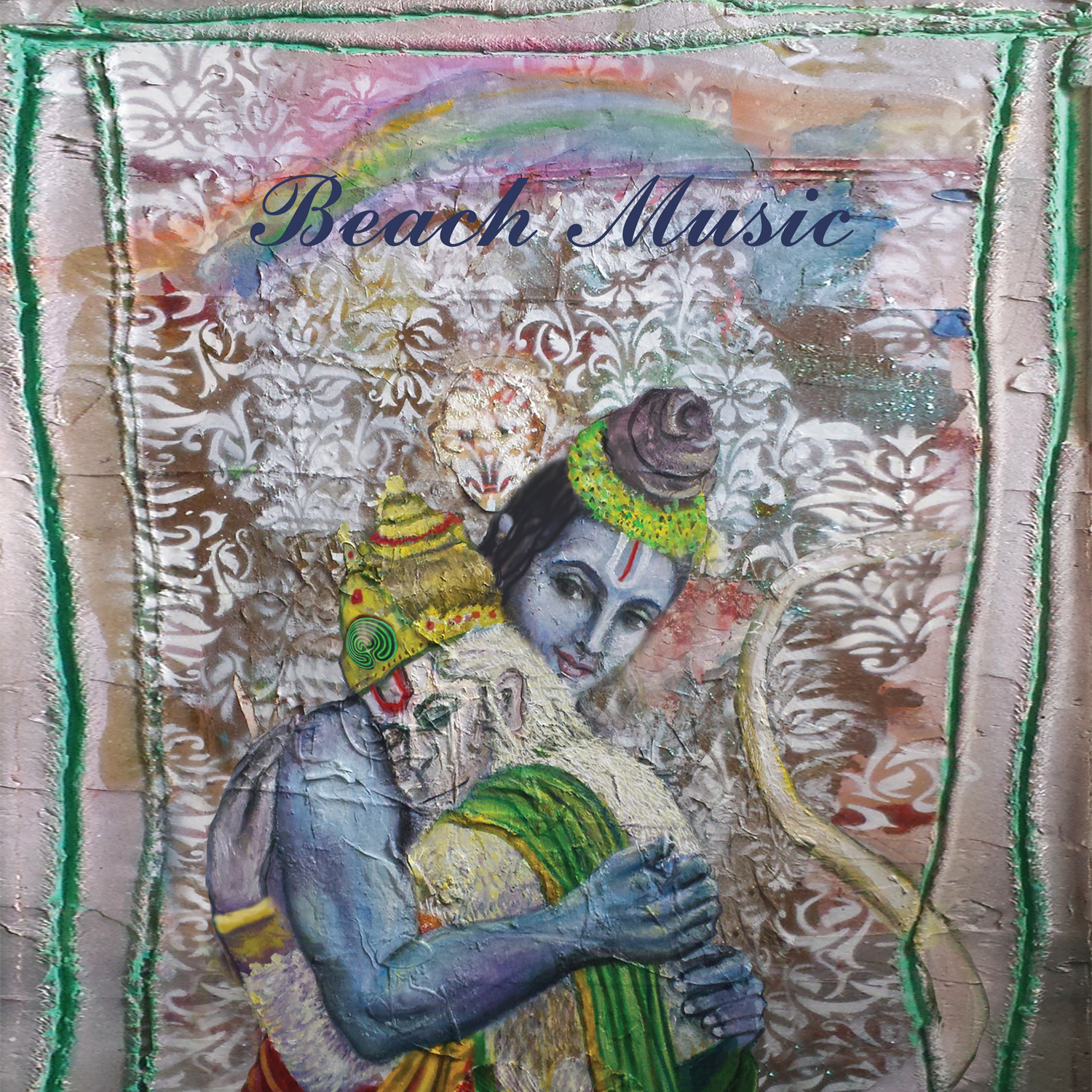 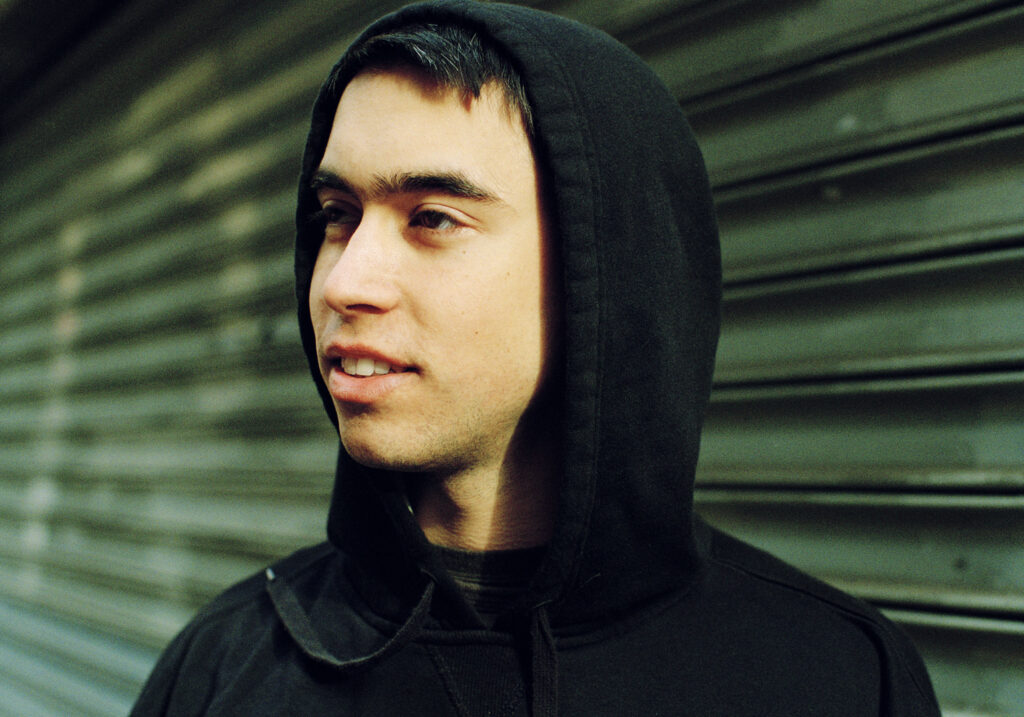 Alex Giannascoli, more commonly known as Alex G, is a lo-fi bedroom pop artist from Pennsylvania.  Although he has tons of albums currently on Bandcamp, Beach Music will be the first released under the record label Domino Recording Company.  Beach Music features the same good old Alex G with smooth and fuzzy vocals, but this time introducing a variety of rhythms to the mix.  With melodies ranging from ‘80s crime drama theme songs’ to ‘blues-influenced western steel guitar,’ Beach Music gives a dreamy and effervescent performance.

Beach Music is a mashup of everything: genres, melodies, vocals, rhythms, you name it.  Every song contains at least two different types of each, which normally should not go together so well.  Alex G manages to bring together harmonies with styles of music in a way that flows from song to song in a continuous motion, with each element building on the other throughout the album.

The only thing that remains consistent throughout the album are the lyrics.  Alex G is known for relating his songs to the inevitability of growing up and the hardships accompanied with difficult topics like psychological disorders and illness, broken romances, and discovering the true nature of oneself.

It’s easy to see that at play during the introduction to the album, nicely titled “Intro.”  Sounding like garage noise, the track is short and leads into the slower and more “head bob along” track “Bug.”  On Bandcamp, the only songs from the album available for preview are “Bug,” “Kicker” and “Salt,” complete with lyrics for each.

According to the comment section, fans are already falling head over heels for “Bug,” which is understandable (it’s one of my favorites from the album).  “Kicker” however, is not high up on the list mainly because of the lyrics.  Something about saying “white bird” over and over with the same vocal melody just drags the song on for longer than is needed.  Aside from that slight blunder, there’s a lot of bird imagery in Beach Music, matching the lyrics with the drifting organ and guitars.

Track 5 brings something new to the table.  “Salt” dives in with machine-orchestrated power drums like you’d find in classic hair metal but then pairs it with diluted electric guitar riffs that sound oddly close to the Twin Peaks theme song.  It doesn’t seem like it would go together, but Alex G can pull anything off.  Should he add a quick organ chord progression in the middle of the song with no backing sound?  Of course.  Backing choirs of muttled children and adult vocals?  Why not.  A slightly remixed beat that only shows itself for a few seconds then disappears for the rest of the song?  You bet.  “Salt” is a break-out for the album, because it ties in so many different approaches to self-made music and instead of falling flat it adds dimension.

I’m going to skip “Look Out” and head straight to “Brite Boy,” which is another that shows exactly how flexible Alex G is with his music.  The track starts off with a kid’s vocals: “Brite Boy I can help you if you let me take your hand” only to have G take the reigns with “bring you right to promised land” and then switch back off.  Having a deeper and older voice in a lyrical call-and-response with a pre-pubescent voice makes this song a lighthearted listen.  Although the melody and lyrics are relatively simple for this song, the easy-going and poppy guitar makes it a nice break from slower tempos.

Immediately following that uplifting track is “In Love,” a dreary ballad complete with trumpet, old-style piano, and fuzzy interference in the background.  Luckily, the fuzz sounds almost exactly like rain, which paired with the bluesy nature of this track works magically well.  G takes on a scratchy and strange voice that sounds similar to someone you’d find in Dr. Dog, which fits perfectly seeing as a lyric in the song is actually “scratching in love.”

“Walk” (track 9 just for organization’s sake) is an instrumental that is very welcomed.  It breaks up the album between two songs that are both relatively slow and monotonous, then quickly builds up sound into a bright and poppy intermission between halves of the album.  The final track “Snot” follows the same pattern, ending the album on an instrumental mesh.

Most artists chose to have their most influential track listed last on the album to make it stand out more, but Alex G uses an instrumental.  More than just an interesting stylistic choice, it offers nice closure to a pretty all over the place album.  The absence of lyrics gives time for things to come together, and if you listen to the album on repeat then it flows right back to the beginning like a continuous loop.

In between track 9 and 13 are a mix of interesting songs, but the one that (in my opinion) stands out the most is “Ready.”  It uses guitar and bass with a Western-influenced flair that may just be interpreted that way because of the blurring technique used on the album, but for 4:22 minutes, it’s still very fresh.

Alex G is pretty much the next posterchild for abstract lyrics, and Beach Music shows an evolution that calls for multiple listens to get all of the meanings.  It took the second or third listen to notice that the particularly upbeat songs owe their catchiness to their simple and effective rhyme scheme.  It’s an extra tid-bit that’s pretty interesting.

It may be something about lo-fi music as a genre, but that specific piano sound is found in almost every single lo-fi song I’ve ever listened to.  That makes it difficult for most lo-fi artists to stand apart from the others.  However, Alex G took that same muffled and drowned-out old school piano and matched it with so many other instruments that there’s no way Beach Music isn’t one of his greatest releases yet.  Pair all of that instrumental praise with his growing armory of lyrics, and you’ve got something great.