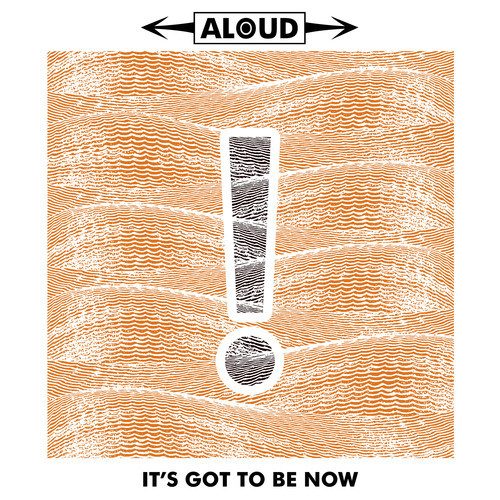 On Facebook, Aloud describes themselves as a “nationally touring four piece rock n’ roll band with lots of hooks, lots of harmonies, lots of guitars, and lots heart. Dig it.”  Their passion for music really comes out in their lively vocals and upbeat sound. It’s Got to Be Now both enlivens and creates a carefree atmosphere for the listener, which inspires one to move along with the albums rhythmic beats and sing to the clear and melodic lyrics.

It’s Got to Be Now opens with “Back Here with Me Again,” a song that introduces the harmonious male and female vocals that provide an optimistic vibe. Oddly enough, the album includes songs like, “Don’t Let It Get You Down” and “A Little Bit Low,” which seem to instantly cheer up any listener.

“Don’t Let It Get You Down” follows with Aloud’s signature short, spunky guitar riffs that are almost surf-like, paired with clear, melodic vocals. “The Wicked Kind” maintains the energy with short, pulsing beats and high-pitched vocals that may induce rhythmic body convulsions or foot seizures.

The album takes a chill pill with “Such a Long Time,” a lovely little piece that includes a hint of the previously mentioned surf sound with echo guitar effects and multiple “La, la, la’s.”

“It’s Got To Be Now” exhibits more rhythmic guitar riffs and screaming vocals.  It’s Got to Be Now ends sweetly with “The Ballad of Emily Jane,” a nice cool-down to the albums optimistic verve.

Thankfully, the official music video for “It’s Got to Be Now” displays lyrics in a retro and vibrant movement, so there should be no reason why one can’t sing along.