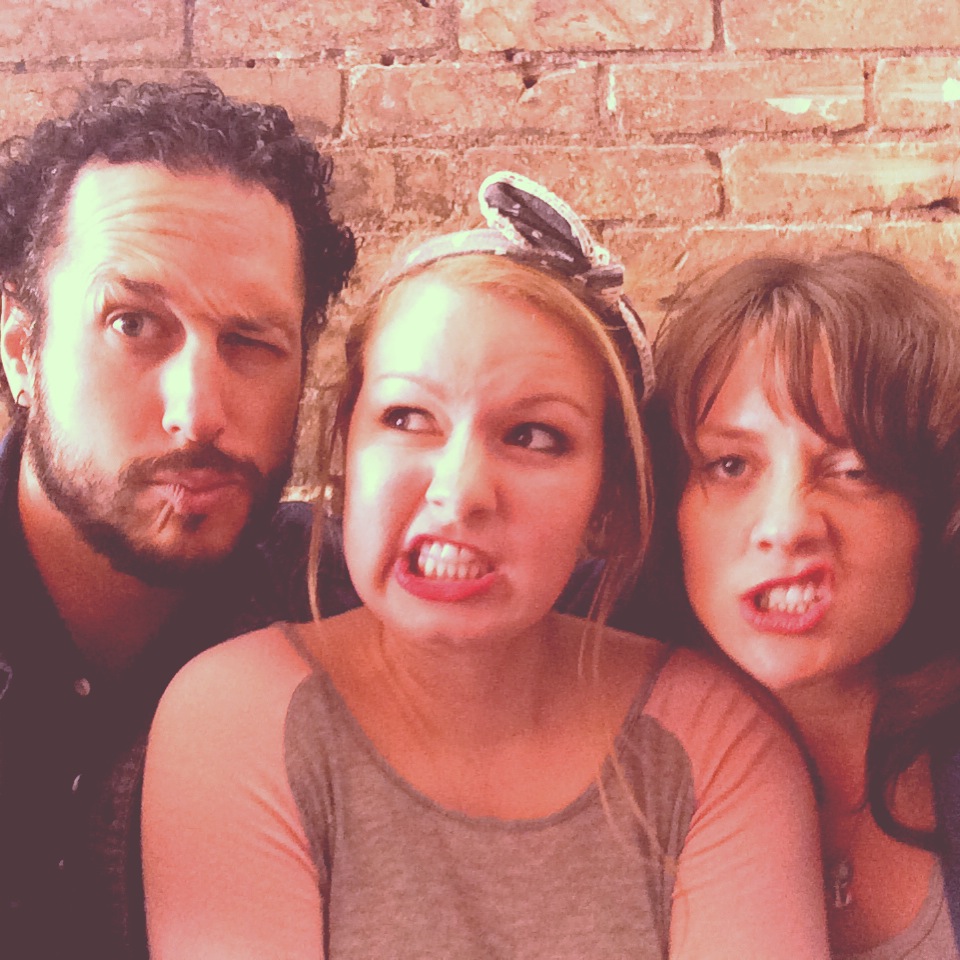 This was alt-country duo David & Olivia’s second year at SXSW and we sure were glad they decided to return. Receiving three nominations this past year for OC music awards, this is definitely a duo to pay attention to. We had the pleasure of chatting with them at the Chuggin’ Monkey in downtown Austin about their SX experience, how they met, and who are their biggest influences.

Vinyl Mag: This is your second year at SXSW. How is it going this year?

Olivia May: It’s wonderful; better this year than last, so that’s all we can ask for. We already played this morning at noon, and we are playing 10:30 tonight at Wahoos. We have a busy day on Saturday but a little bit more fun for Friday.

VM: Are you guys looking forward to performing any particular party or showcase?

OM: Wahoos tonight, because we have a lot of friends out there from “the OC” supporting.

VM: How did you guys meet and form the band?

DR: We met through Craigslist on a chance encounter.

DR: Yeah, she was just singing in a club I was playing at, and I was smitten with her voice, and I knew it would work. But we didn’t meet that night. We met in a studio in North Hollywood. Basically the producer locked in this room for like 45 minutes, and…it was a really good vibe.

OM: He had a song he wanted me to be the duo part on, but yes – it’s been very very good.

VM: What would you guys say your main influences are?

OM: I grew up listening to my grandmas radio, so like Patsy Cline, and anything classic from the 20s, 30s, and 50s stuff. Classic country was really in my ear. Celine Dion’s voice was a huge thing – Fiona Apple, a lot of female voices had influence on me. But I was a rocker, too, so like Gwen Stefani as well; I have that nice belt because of that.

DR: I got a lot of hand-me-down music, so whatever my brothers and sisters were listening to, I was listening to. So that included anything from Motley Crue and Guns N Roses to Jimi Hendrix from that point on. We both kind of come from that rock background. But lately, I have been listening to a lot of Ray Lamontagne, Ryan Adams, the Bahamas. I am just really impressed by good songwriting, and I have been influenced a lot by the great songwriters, like Johnny Cash.

VM: If there was any venue anywhere that you could play, what would it be?

OM: The Grand Ole Opry! I think that would be really amazing. And I think we had a similar experience to that when we played at the Grove in Anaheim in California. We were nominated for three categories at The OC Music Awards, and it was an awesome whirlwind performing right in the middle of the award show to perform the song that started it for us.

DR: Old theaters. In downtown LA, there has been an uprising of the refurbishing of these old movie theaters that old Hollywood used to use, and now they are having live music in there. I think anything with some history, something rusty, is awesome. Where you can smell it in the air almost.

VM: So you guys have gotten some buzz from KROQ lately – how does that feel?

DR: I grew up in LA, listening to KROQ, so to be on it is a real honor and definitely one of those mile-markers in an un-mile-marker type of industry.

VM: So any new music in the works?

OM: Oh yeah, we are excited about the downtime we have tomorrow so we can just be here and absorbed in it. We are feeling all the inspiration.

DR: Last year, we wrote a song, and we always seem to just write a lot and respond to the places we are. We have been writing a lot of blues stuff lately, so we are just blending that in.