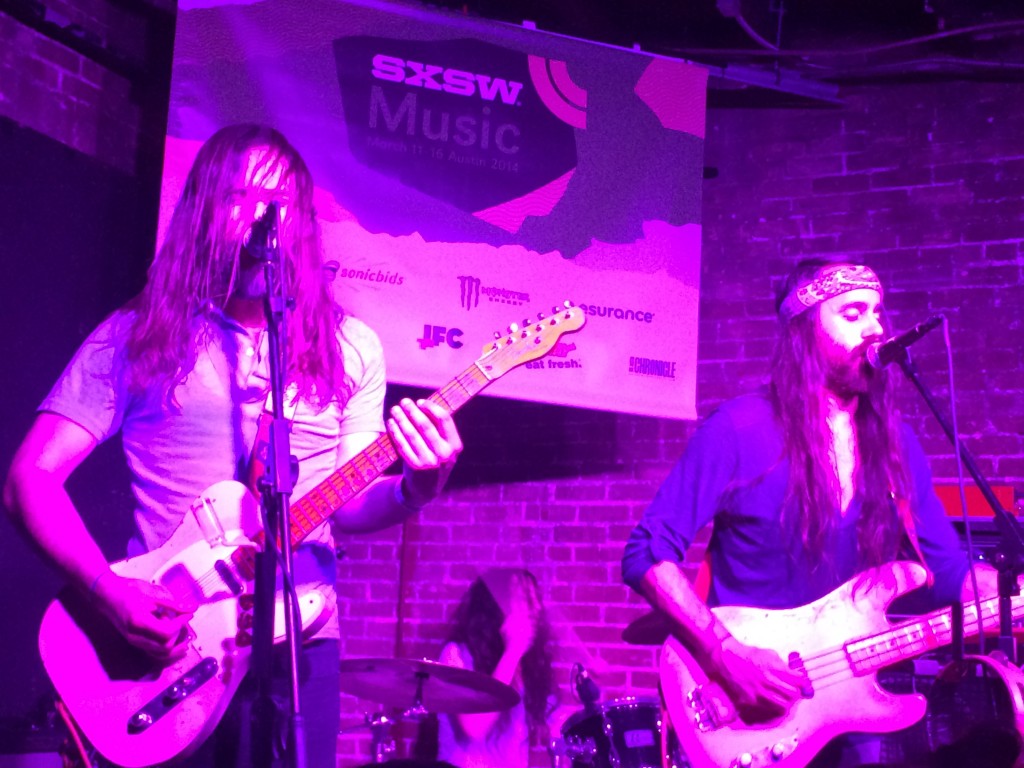 11 p.m. rolled around, and the crowd was getting anxious at The Main II in downtown Austin. This city’s own The Bright Light Social Hour were set to take the stage for their official SX showcase, and they were running slightly late. Even with several other notable acts set to perform later that night, including up-and-coming indie rapper Chance the Rapper, Bright Light had a packed house thanks to their solid local following.

The moment Curtis Roush hit that first note on guitar, the crowd began to move. And they never really stopped, as a wobbly reverb could be constantly heard between songs creating an atmosphere where one just felt the need to dance. And despite the ache in my feet, my converse high tops continued to move to the bluesy psychedelic rock, reminiscent of The Black Keys. Not to mention, the trio of vocalist Curtis Roush, bassist Jack O’Brien and drummer Joseph Mirasole certainly looked the part, all sporting long hair and clothes straight out of the grunge era.

A constant of the performance was the solid drumbeat paired with lovely guitar melodies that build and build, then crashing into lovely drawn-out reverb. The crowd was certainly not disappointed as Roush yelled “Thank you, Austin!” and responded with a resounding roar after the group ended their set with the well-known favorite “Back and Forth.”

The three rockers also debuted a solid amount of new material from their upcoming album out later this year. We like what we have heard so far, so be sure to check it out, and check out our SXSW 2014 interview with the band here!!!