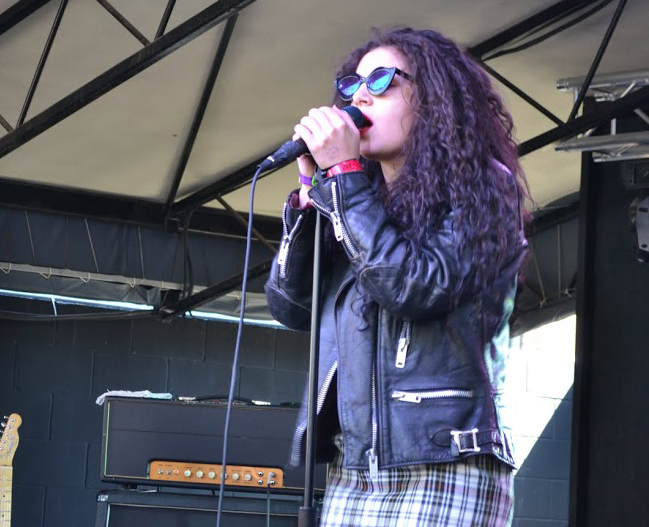 Checking the pages upon pages of lineups the morning of March 12th with coffee in hand, I found it. I found the one party that day not to be missed. It was taking place at the historic Mohawk in downtown Austin. Four amazing female acts played, and they were not there to mess around.  Below is a short synopsis of each act.

Unfortunately, I was running behind and arrived late to this rising star’s set (in my defense, no one is ever on time during the chaos that is SXSW). But on the positive side, I did get to listen to the last half from behind a protruding wall partially blocking the overflowing room for which she was playing. The number of people willing to pack into that small room was a good indication of the huge amount of talent this petite blond possesses. Her country twang had an infectious edge reminiscent of the rich voice of Stevie Nix. As her set came to a close, I understood why so much hype surrounded this artist coming into the music week of South by, and she sure lived up to it.

Kelela:
Oh, Kelela. I could listen to this songstress’ lovely layered voice for hours on end.  She is impressive pre-recorded but even more so live, her voice boasting such a range from full and rich bass notes to beautiful and airy falsettos. Unfortunately her set overlapped slightly with Lydia’s, so I only truly caught the tail end. The uniqueness of her sound, her breathtaking voice layered on top an eclectic mix of bass, drum, and electronic tones, especially rang out on “Cut 4 Me,” the title track of her 2013 LP.

Her avant-garde sound is difficult to pin point, which could be because of her out of place feelings as second generation Ethiopian Immigrant raised in the states. Yet her music reaps amazing benefits from this situation, breaking the confines of any particular genre.

Charli XCX:
Punk pop princess of the UK Charli XCX was next on the bill at the House of Vans – the performance I had been waiting for all day. Bounding onto the stage, she immediately began strutting around the stage like she owned it, throwing her wild black locks around as she danced. Known for her synthy pop beats with a dark side, the 21-year-old shined on slower track “Black Roses” and fist pumping crowd favorite “SuperLove.”

Not only did she sound fabulous, she looked the part as well donning a lovely vintage plaid dress and stunning the crowd with her intense stare and sassy red lips. She ended her high energy set with an appropriate cover of the famous tune “I Want Candy.” Needless to say, Charli XCX did not disappoint.

Dum Dum Girls:
If you are looking for a powerhouse all female rock band, then go see Dum Dum Girls live. In their 40 minute set, the four-woman group managed to kill all guys rock harder stereotypes. Dee Dee’s voice soared high above the dreamy psychedelic guitars, sounding especially ethereal on tracks “Coming Down” and “Lord Knows.” All four wore all black, fitting for the slight melancholy that melds into their music. Addictive 80s melodies are sprinkled into certain tracks, especially those off their 2014 album Too True such as “Rimbaud Eyes” that captivated the crowd. Although the Dum Dum Girls went last for the females that day at the Mohawk, they certainly weren’t the least. 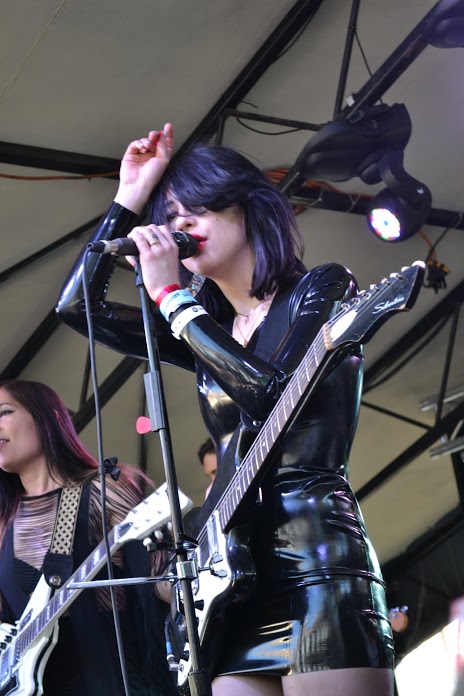