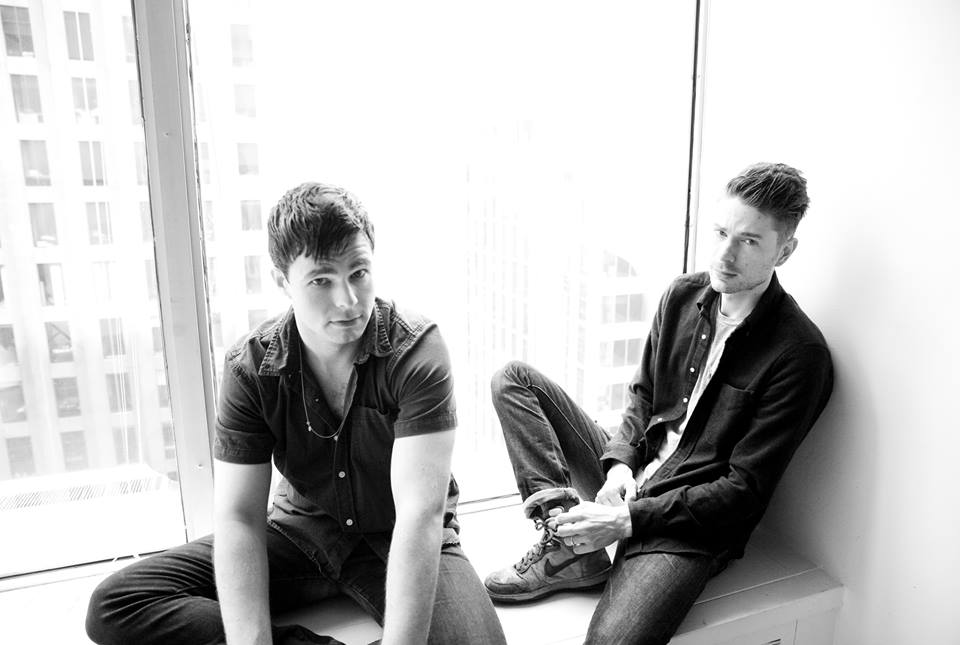 Last time we chatted with Mark Solomich and Erik Ratensperger of Junior Prom, we got the scoop on their recently released EP, their time on tour with Panic at the Disco, and established that there is no shame in enjoying pop music. This time around, we really wanted to get to know these guys. From tattoos to favorite types of brews, this duo let us in on the more personal side of Junior Prom. Once again, Solomich and Ratensperger proved that there are no guilty pleasures here!

If you happen to be in NYC, you can catch Junior Prom at Glasslands Gallery in Brooklyn on April 5th.

MARK: A Barbed wire tribal butterfly on the small of my back.

ERIK: A portrait of Jerry Seinfeld on my back.

3. Last show you went to but didn’t play?

Our friend’s band, Elliot and the Ghost, at Cake Shop, NYC.

MARK: Big Mac, McShamrock Shake, small fries. Held off on the large. I’m on a diet after all.

MARK: No, you look great, really.

6. Last movie you saw in the theatre?

8. Last time you fell in love?

ERIK: It’s easy to fall in love every day, in this city.

MARK: I saw a dog on the street yesterday. Love might be a strong word, but I’m going to go ahead and say it anyway. He had a Chicago Bulls sweater on.

MARK: Don’t know if it was a trend, but whenever people started writing “muah” in emails, etc. I really didn’t get it. I thought they were all doing the evil laugh like a villain in a cartoon.  It really confused me, because it always seemed out of context. Now, I know it means “kiss,” but at the time I really hated it.

ERIK: No guilty pleasures. Though I am guilty of eating.

MARK: I’m with Erik on this one. No such thing as a guilty pleasure.

ERIK: I only have a learners permit.

13. Last time you were stuck in traffic?

ERIK: Yesterday, when I took a cab to Home Depot.

MARK: Don’t forget there was traffic on the way to Bed Bath & Beyond after we left Home Depot, Erik.

ERIK: Probably some sh*tty hardcore 7″ in the mid-90s. Though I have to acknowledge all the LPs I grew up with that my older sister had; Iron Maiden, Van Halen, The Cure, Depeche Mode, INXS, B-52s…

MARK: Definitely a sh*tty punk 7″ at a basement show.

15. Last time we talked to you, you were planning on going to SXSW, but then I heard these plans got derailed. What happened?

ERIK: Some scheduling issues came up, but I’m certain we will be there for 2015!

MARK: Jay Z and Gaga told us they’d be down there, so we decided not to go. Gotta give them the spotlight for once, ya know.

*Get a hold of the Junior Prom EP here!