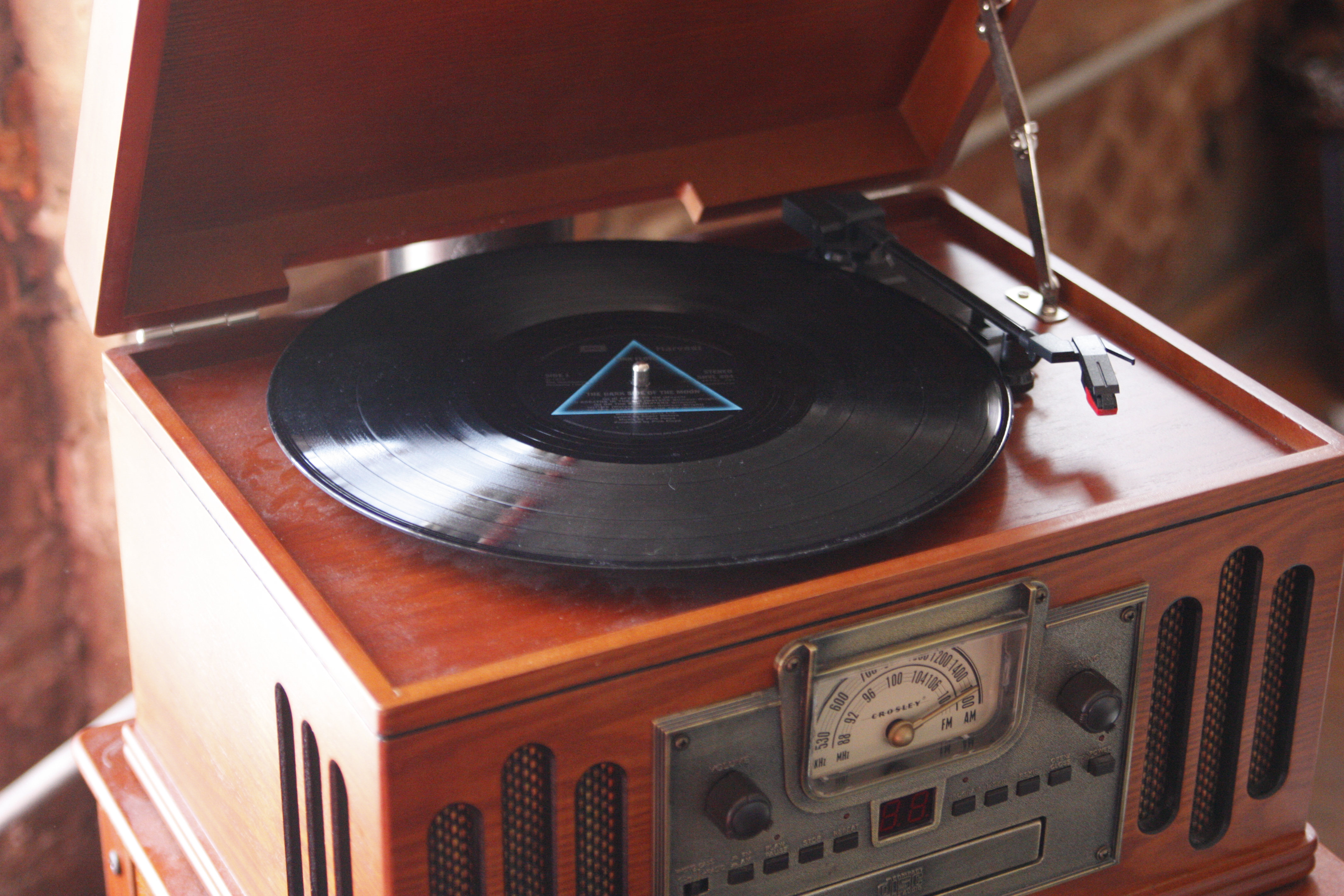 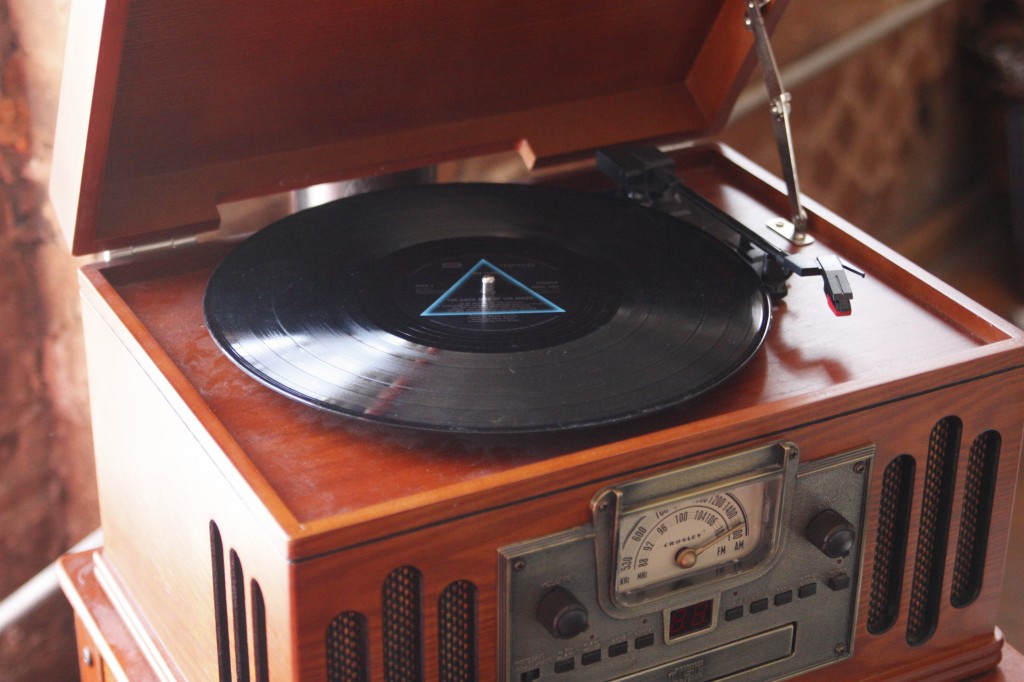 I walk out of Low Yoyo, an Athens record store on Washington Street, brimming with delight. I can hardly contain my excitement as I walk back to my apartment a few blocks away.

Under my arm I carry two new records. They are not new, as in never-been-opened, still-in-the-package, never-been-played records. The corners of the covers show signs of wear and tear, and some scratches mar the cover artwork. They are merely new to me, two 33⅓ rpm microgroove vinyl records that I have previously not had the opportunity to place onto my Crosley record player and enjoy.

Pink Floyd and the boys of Led Zeppelin call to me from under my arm. “Walk faster” they whisper, “walk faster, we’re almost home.” When I reach my living room, the excitement builds.

It is not that I haven’t heard every single song from Led Zeppelin I and Dark Side of the Moon over and over and over again. Amongst others, these albums raised and nurtured me into a love for music I believe to be matched by only a small portion of our society. It is that I have never heard these albums in their original vinyl phonorecord format.

I move the globe that rests atop my record player while not in use and lift the lid. I slide Dark Side of the Moon out of its beautiful cover, which in and of itself, is a work of art. I lower the record onto the turntable, move the arm to the right until it clicks and begins spinning, and carefully place the needle on the very outside edge and wait.

It takes a moment for the music to start. Vinyl is not as loud as a CD in the car or as blaring as my iHome can be. Vinyl is subtle.

The heartbeat begins and grows louder. For the next 20 minutes or so, I am lost. I have disappeared into the music, into the original recording, into the scratches and fuzzes, into the tiny nuances of the sound that are so often lost in the compression and digitization of mp3s and downloads. Only when the arm clicks, signaling the time to turn the record to the other side, am I brought back to reality. Within moments, though, I am yet again lost, until the heartbeats return, and the album fades out.

I am not alone. A shocking new trend is occurring. According to Billboard, while CD sales continue to decline, vinyl sales jumped 17.7 percent between just 2012 and 2013 alone. Vinyl’s growth outpaced digital’s sales growth; digital sales only jumped 14.1 percent between the same years. In our digital world, vinyl is making a loud comeback.

I am a member of Generation Y, often called the “Millenials.” We represent technology, instant gratification, downloads, streaming, Netflix, Twitter, and blogging. We tweet and text more than we talk, and every piece of information imaginable is at our fingertips. So what is it about vinyl that draws us in?

Our parents grew up on vinyl. They were teenagers with Led Zeppelin and Pink Floyd, and record stores made their homes on every third street corner. For them, the return to vinyl, or “vinyl revival” as it has been called, is about nostalgia. But we were not there for Grateful Dead or Jefferson Airplane or Jimi Hendrix. It cannot possibly be a matter of nostalgia for us. But, if not that, then what could it possibly be?

For some people, vinyl just sounds better. In a July 29, 2013 Pitchfork article, Mark Richardson explains that while the sound quality of a vinyl record may not be greater, many people enjoy it because “it introduces distortion.” Bass notes are warmer, and scratches and fuzz seem more authentic. But he notes that the way people hear sounds and listen to music is “wholly personal.” And I agree.

Perhaps that’s just it. The vinyl revival is a reflection of the changing personal tastes of music consumers. Maybe it is a fad. Maybe it is just a characteristic of our generation. Maybe it is the novelty and antiquity of records that make them so desirable. But in the end, it is just a personal preference.

I like vinyl in the same way that some photographers still like to take photographs on film every so often. Something about the process, taking the film out and developing it yourself, and making a photograph appear is very intimate and special. It’s not like I want to carry around my record player and a crate of my favorite LPs all day. That is what Spotify is for.

But there is nothing in the world that matches the feeling of finding your favorite record on vinyl and rushing it home to put it on the turntable. It is a distraction, a break, an escape from reality. For a few moments, the world falls silent behind my Crosley. For a few moments, music is the only thing that matters. 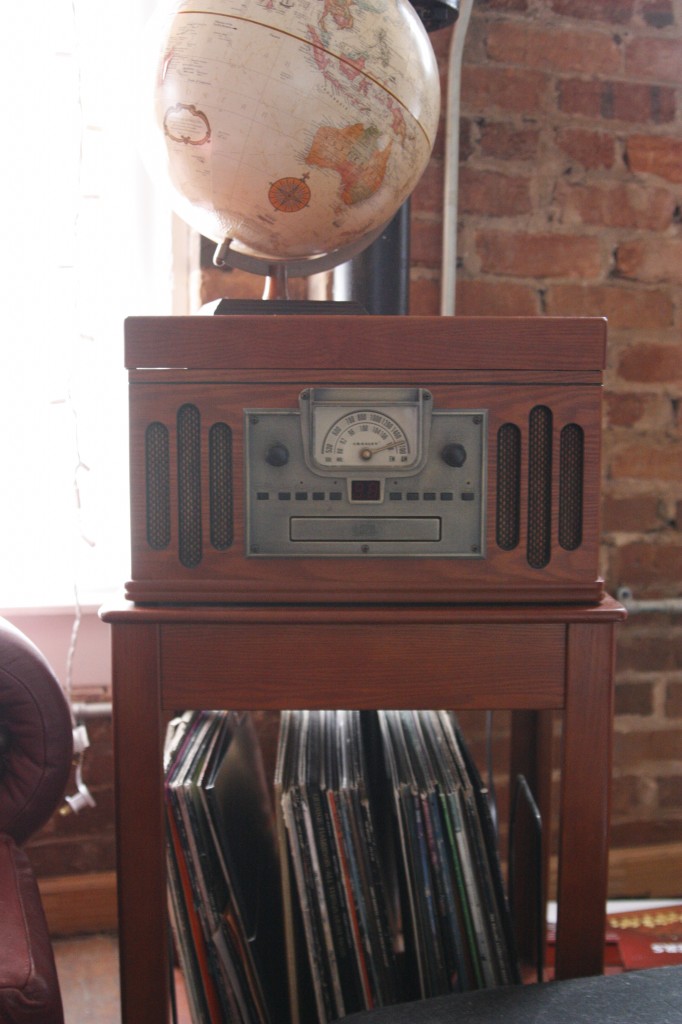