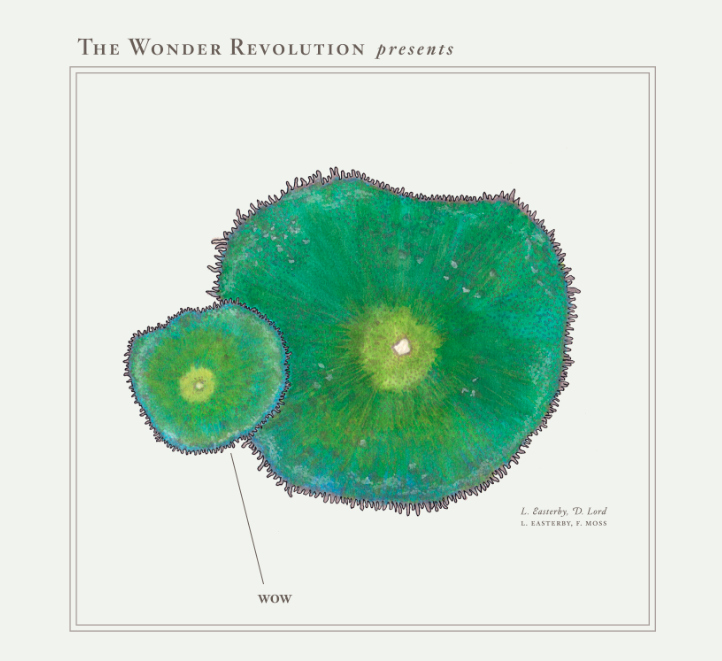 Rocks, trees and other organics are the driving force behind The Wonder Revolution’s new LP WOW, and the genre of “wondermusic” it strives to create. Whimsical sounds and capricious melodies are the heart of the album, blended together in a seemingly made-up-on-the-spot way, winding along like an abandoned mountain road.

The album, which features a musical relationship between revered Kansas guitarist David Lord and Les Easterby of The World Palindrome, is set to be released May 27 via Air House Records and seeks to “inspire wonder” with its tunes. In an interview with Impose, Lord revealed, “the creation process is a type of wonder experience formed with a similar mindset as when I explore the forest, gaze at the sky or am able to do anything and be in the moment, with some distance from mental chatter.” The album certainly reflects these inspirations and feels very much like a musical accompaniment for a night sky or summer sunrise.

Clear, honest vocals and acoustic guitar melodies are speckled with the sounds of birds chirping, children playing and nature itself on a record that wisps lazily along like a leisurely summer breeze. With no distinct beat or regular meter, the adventitious melodies are sometimes like lullabies, on such tracks as “Breathing With a Butterfly” and “Tree Woman,” but pick up slightly on more upbeat tracks like “Pixie Mountain” and “Cloud Wonder Sky (Outside In).” However, the music never moves too swiftly, retaining its languid pace throughout the record.

Lord’s guitar skills are an overwhelming force on the album, showcasing his dexterity and creativity. On “Wonder Lensed,” his unique combination of unusual tuning and classical playing style produces a casual, dreamy sound that is complimented by vocals reminiscent of Bon Iver’s on For Emma, Forever Ago. Abandoning standard song structure, “Wonder Lensed” feels like a passing thought or fleeting feeling.

Micajah Ryan, who has worked with the likes of Bob Dylan and Guns N’ Roses, engineered the album, creating an encompassing sound that fills empty spaces with the sounds of life itself. Lord attributes everything he knows about recording to Ryan, and his heavy influence on the album is apparent.

WOW feels like a lackadaisical stroll through a fairy-inhabited wood, with no destination in mind. There’s not a lot of variety in the sound, but it’s intoxicating. If you’re not careful, it may lull you into a world of dreams and wonders, somewhere outside in the forest, wavering between sleep and consciousness.