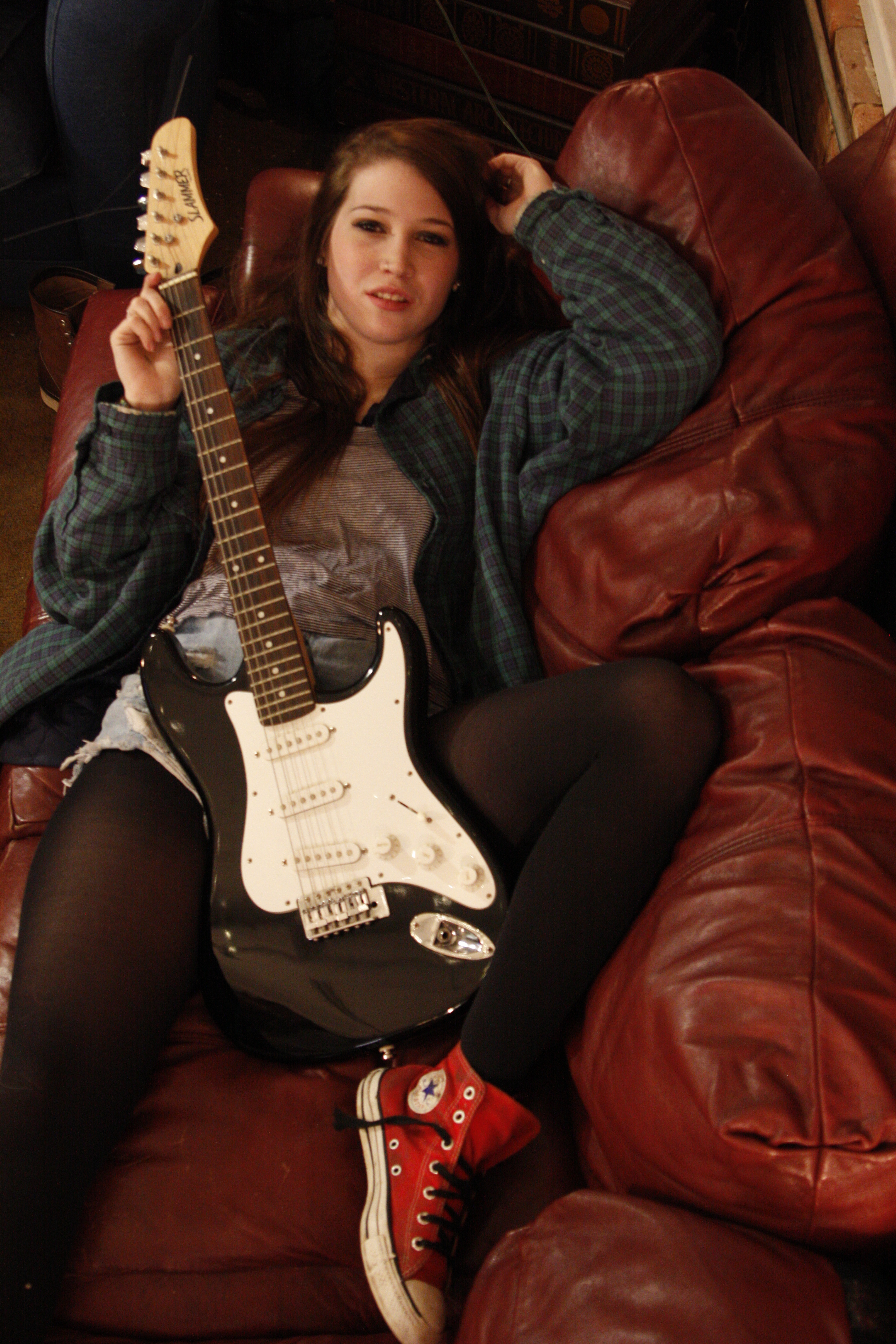 Jimi Hendrix rocked Woodstock in the 60s, Led Zeppelin rocked the entire United States in the 70s, and hair band after hair band sold out stadiums throughout the 80s. But the next music genre that swept the nation was something much more subtle than these rock giants. Polished, intense guitar sounds were replaced by raw, grungier music. And that’s how it got its name. “Grunge” music came out of nowhere, or actually, to be more exact, Seattle. And perhaps one of the most influential grunge rock and roll bands was Nirvana, led by front man and style icon Kurt Cobain. From converse, to flannels, to ripped-up jeans and t-shirts, Kurt Cobain changed the game. Now, as we see styles recycled, clothing too is being recycled and this worn out clothing has become the newest thing. We updated Cobain’s raw style to create a look that was both grungy and modern.

For this first look, Will Stewart, avid Nirvana fan and guitar enthusiast, wore a classic 90s style flannel we found at a thrift store layered over a worn out Hard Rock Café t-shirt. Any washed out, old, holy t-shirt fits the grunge style, especially underneath a flannel. Paired with old khaki shorts and worn out worker’s boots, anyone can go from Seattle factory worker to grungy rock star. 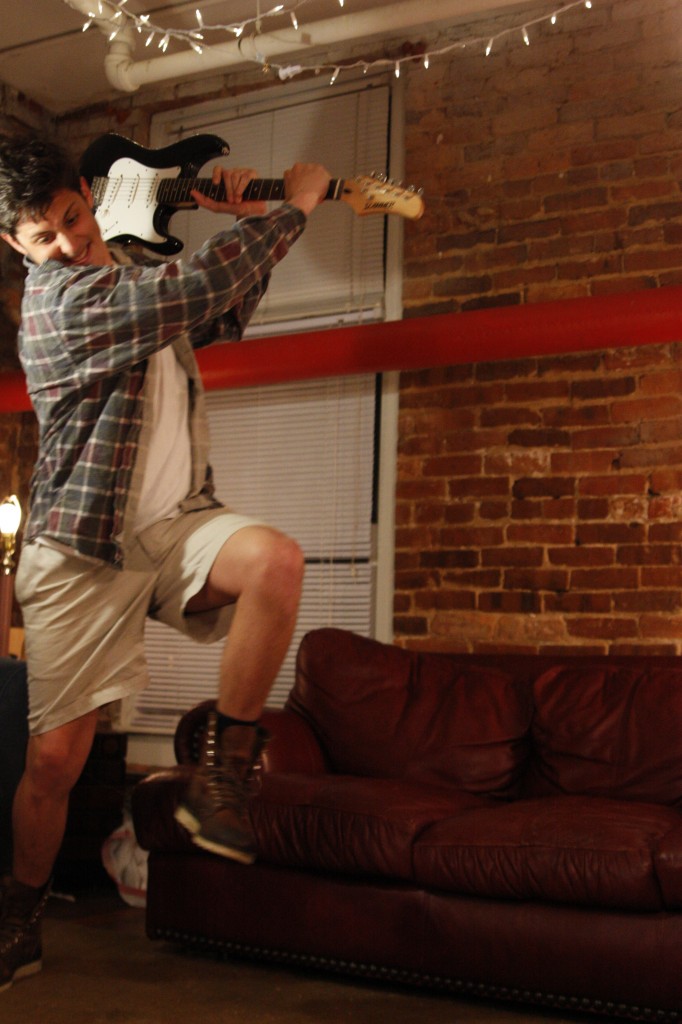 For this next outfit, bartender and art student Maggie Adams posed in red converse and another thrift store flannel for this shot. She rocked a striped shirt, a style Kurt basically cherished, that I found at a garage sale. The look is completed with black tights and ripped up jean shorts we made ourselves from old thrift store high rise jeans. 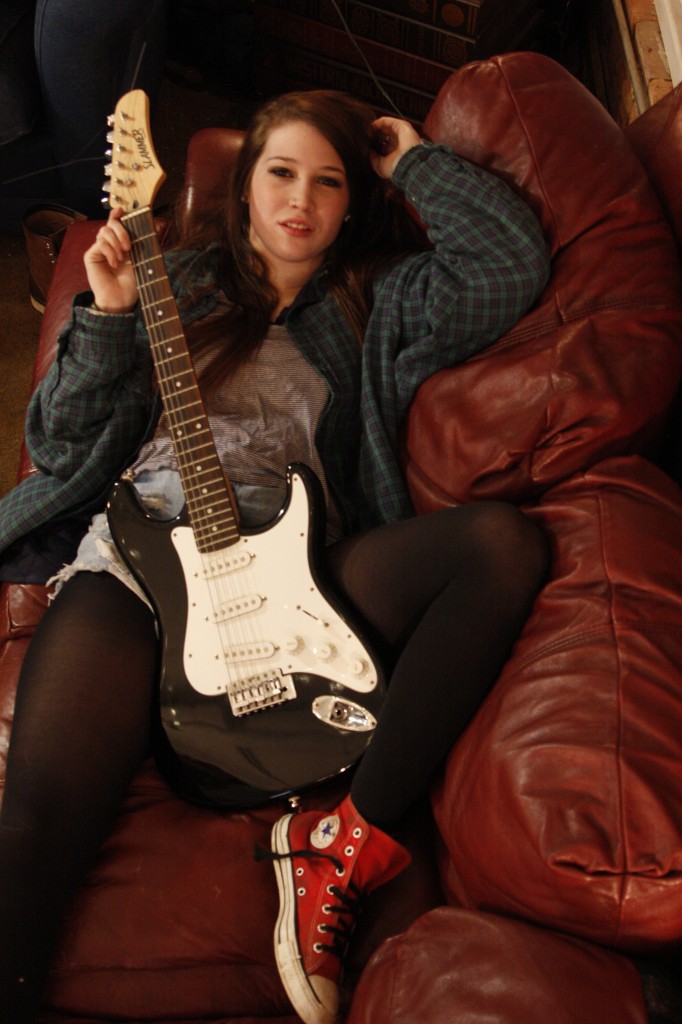 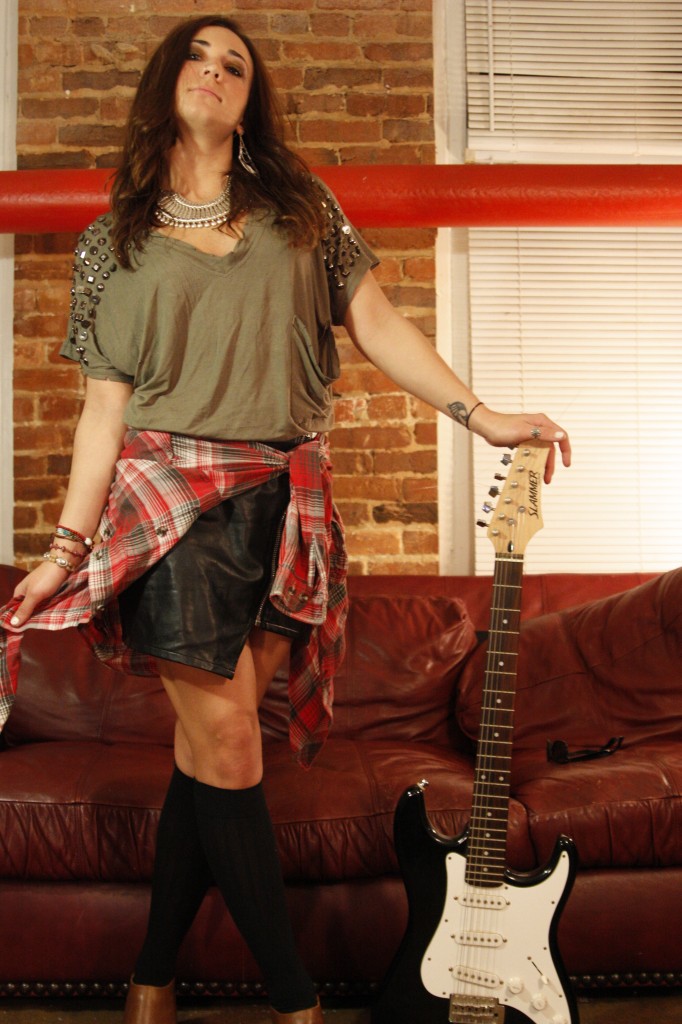 Kurt Cobain was much different than his predecessors. He favored thrift store clothing to elaborate costumes, and flannels to fringe. He favored holes to sequins and stripes to tie-dye. He dressed the way he played: stripped down, raw, and real. Using these qualities, we built modern pieces through which Kurt Cobain and his grunge music can live on in the modern world.