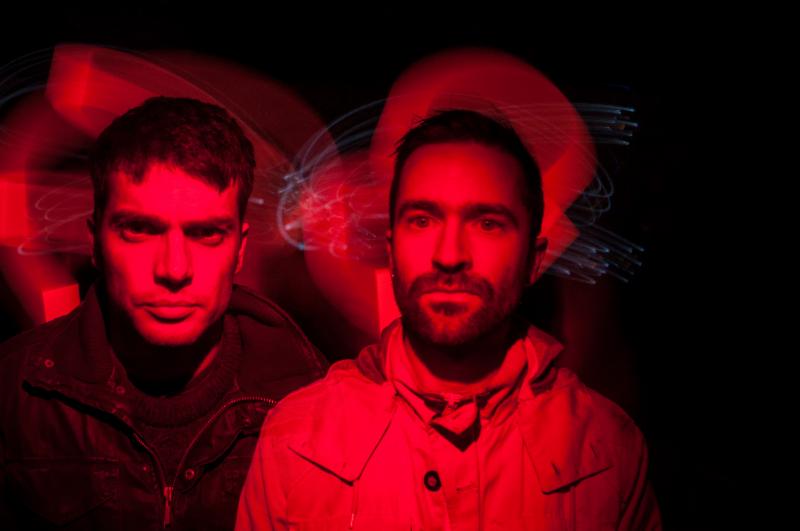 Digital audio workstations meet the end of the world on Dublin duo Lakker’s new EP Containing A Thousand out on R&S March 11.

This EP takes the listener on a journey through a post-apocalyptic wasteland where music is made from the grinding of machines left to continue manufacturing hunks of metal without a human in sight. Dark, almost foreboding melodies swirl around hard, industrial beats, creating a sound that could only be described as coming from a cosmos with only the faint memory of human existence.

Although it is their first album released on esteemed electronic label, R&S, this techno duo is certainly not an amateur act. They have been creating electronica beats for a decade, even having the honor of being spun by Richard D James (Aphex Twin) in his live sets—a distinction coveted by much of the electronic music world.

Complex, but intense beats begin the journey through a robotic wasteland with “Counting a Thousand.” Techno vibes from a satellite far from Earth circulate the air, as machines grind and churn perpetually, having continued their course despite the absence of humanity. Perhaps, the human race has jetted off to inhabit a new planet, and left only the remnants of parties and discos floating noisily over the crackling radio waves on a used-up earth.

The EP gets a bit more tribal with “K’antu.” This track is curious sounding, like exploring the home of a person you have never met from a culture you have yet to experience. A little bit brighter and more optimistic sounding than the preceding tracks, “K’antu” feels as if it would make the perfect background music for Alice, had she fallen down the rabbit hole in outer space.

“Thermohaline” hits the listener like a meteor, from the moment the song begins. Powerful beats boomerang as the melody builds intensity in the background. This track has the horsepower of a Ferrari, but takes quiet moments for the listener to catch their breath before pulling them back into the music—hard.

Containing a Thousand certainly distinguishes itself from all other electronic bands out there. It takes the intensity of Excision minus the screeching sounds and dub step scratches and fuses them with the spacey after-world beats of Mimosa, taken to a whole new level of brooding intensity. While the album is rather dark and ominous, techno fans will certainly be swept away to another land by this EP.