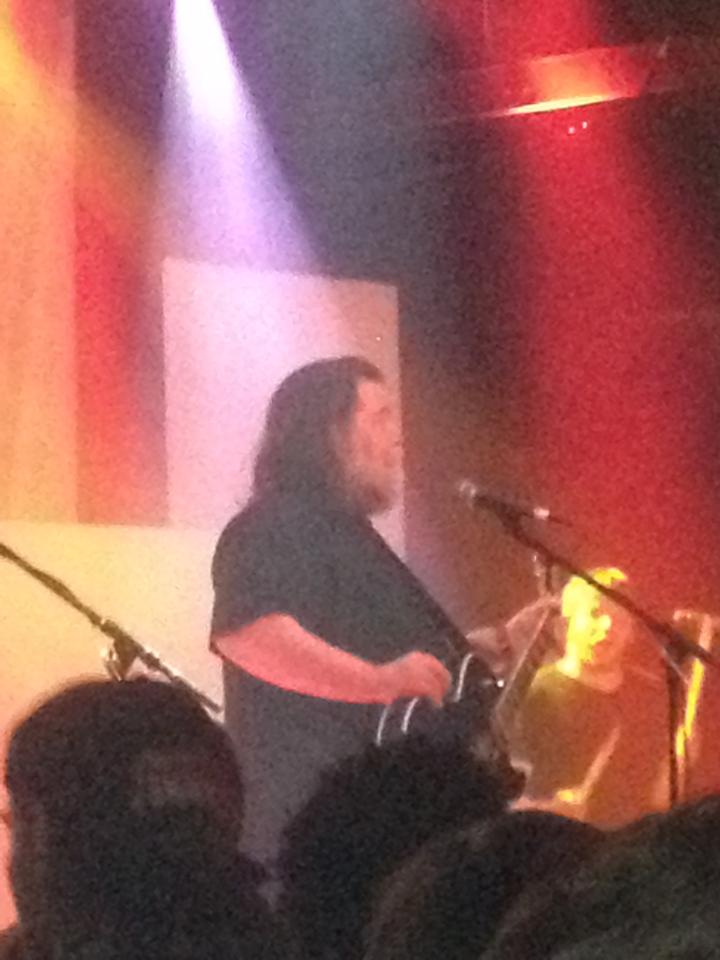 My two roommates and I went to see Roky Erickson. We were anxious to see what kind of people would be at a show featuring Roky Erickson (obviously The Black Angels headlined). We walked in behind a middle-aged double date. One of the women was wearing gold metallic go-go boots. Of course, The Black Angels are a psychedelic-rock band, so I was expecting oddities like this one. It was a sold out show.

We walked in in the middle of Roky Erickson’s performance, and I cried a little on the inside. I wanted to see him walk on, but I can imagine it: probably simply and without acknowledging there was a crowd of Black Angel fans before him. Roky Erickson got his start in 1966 after co-founding The 13th Floor Elevators. Later in 1974, “Two Headed Dog (Red Temple Prayer)” debuted a more rock and roll side of Roky, as compared to his original psychedelic style. “Two Headed Dog” became a single, which he of course, featured at the show. I assumed he was the reason most of the older folks showed up. He wasn’t alone on stage, though. He was accompanied by three guitarists, a beautiful keyboardist and a drummer, all of which were young and healthy. Roky seemed out of place. He still has long hair, although more gray and he seemed to be looking at the guitarists at either side of him, looking for a nod of approval I was looking forward to seeing him by himself. I wanted to see him on a stool with a guitar singing, “I Love the Living You”. Roky is the epitome of raw, so much so that his acoustic songs become revelatory. He is the only artist that can bring tears to my eyes and yet sing so simply. Nonetheless, he was there, in the flesh, a legend. I was glad to know Roky existed outside of my head. He left as simply as I assume he came out.

Enough of my swooning over Roky Erickson. The crowd multiplied, along with random puffs of smoke overhead (“eh-hem”). There was still a varied age group. To be honest, I had never listened to Black Angels prior to this night. The stage was set with four stand-alone canvases and one large canvas backdrop. Projections splattered the stage with trippy colors and star images. The music played but no Black Angels. I could feel the excitement gathering, and the crowd grew louder, but still, no Black Angels. After two or three minutes of this titillation, they walked on. I was expecting a grand entrance, but I guess you don’t need that when you’re the Black Angels. The crowd went wild, as the cliché goes, and they began. The drummer, a shaggy haired girl that looked like she could stare anyone to death, played a heavy, slow beat. Then the vocalist broke in. This was literally a psychedelic experience – not just The Black Angels but the event as a whole. To my right was a young, sweet couple and to my left a guy that looked like Mick Jagger’s clone. I was still having post-Roky effects, and it was all too much. I wouldn’t have missed this show for the world. It was a once in a lifetime experience, and I shared it with two great people, and that is what makes a concert review-worthy.