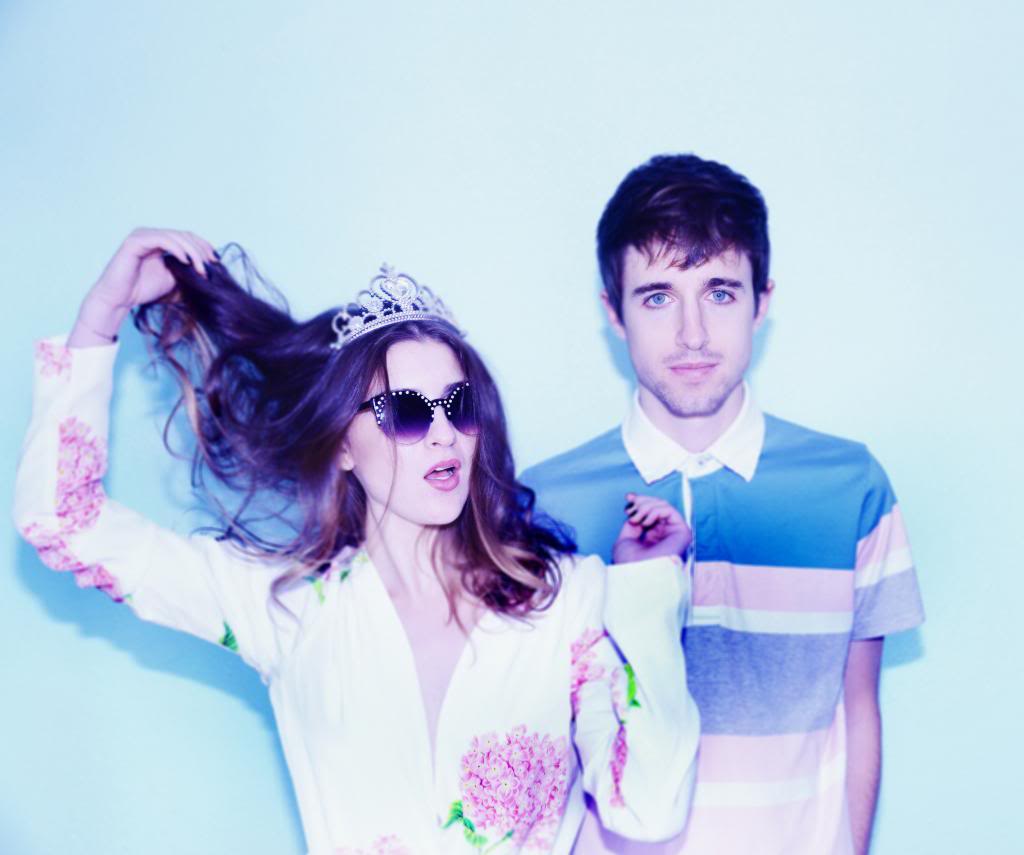 “Everytime I Fall” is a new single by holychild off their upcoming Mindspeak EP due out on March 4th via Glassnote. LA indie-electronic-pop duo consisting of liz nistico and louie diller describe themselves as “making brat pop.” And this is exactly what this single sounds like. Bratty.

Angelic vocals lead off the track and the drums and melody kick off shortly after. It is rather difficult at first to hop on the unpredictable beat that seems at times to not quite keep up with the playful vocals. Lyrics such as “everytime I fall, fall away, I don’t even have to say, I know the story’s not the same with you” are whimsical and fun but seem to be more preoccupied with rhyming than relaying a message.

This single is a departure from other singles by holychild, such as “Playboy Girl” and “Best Friends” that have a more indie-rock, girl power vibe to them. However, “Everytime I Fall” evokes memories of a 90s pool party in a chick flick; it makes for a cheerful and sprightly dance tune, but feels like it just may be missing something. The melody is unique and has potential for greatness, but the distorted vocals are distracting and almost whiny, and take away from the rest of the song.

“I’ll never give it all to you,” holychild sings, and it feels as if they truly haven’t.