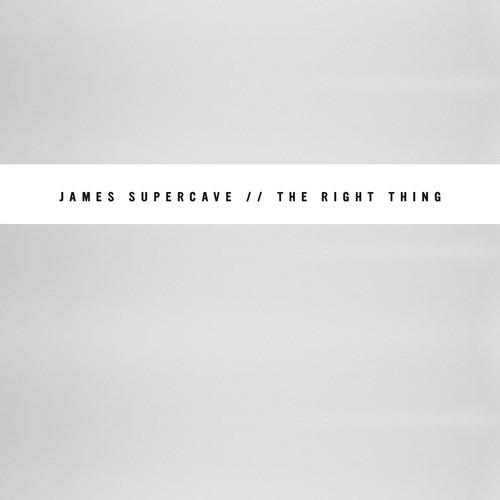 James Supercave of LA are to release their most recent EP in late March. “The Right Thing” is their newest single. James Supercave utilizes various styles in this single and creates an epic poetry of sorts. The single starts with synthesizer sounds combined with twangy vocals (but not too much as to sound similar to vocals like Mumford & Sons, don’t worry). The combination of the synthesizers and the raw vocals is somewhat experimental, and this modern sound is specific to this generation of artists. The vocals grow high-pitched and mimic the futuristic sound. There is a one second pause and a powerful guitar boost at 1:08, similar to a metal beat. Almost at the same time, the track slows down. Violins replace the guitar, and harmony replaces the synthesizer. Everything becomes soft. The vocals get deeper, almost opera like. At 3:00, the sound takes on a revelatory mood and finishes out with distorted synthesizer sounds and clean-cut guitar riffs.

“The Right Thing” is proof of James Supercave’s versatility. As an English major, I’m inclined to say that it resembles an epic poem in song form. Its up’s and down’s create a journey of emotions and sounds.

Keep James Supercave on your radar. There is a possibility that James Supercave will tour with War Paint in the spring and will make a few appearances at SXSW.  You’ll want to be there.