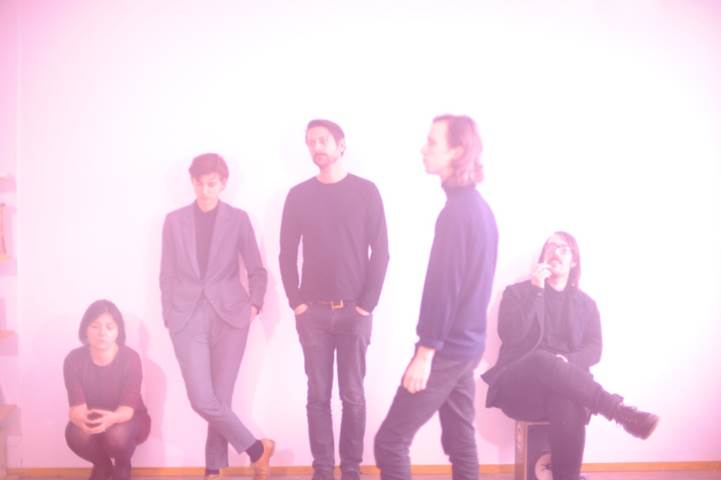 Fanfarlo’s 3rd album, Let’s Go Extinct took me through time and never let up the energy. The London-based band started in 2006. Their first album, Reservoir (2009) seems more solemn with a less technological sound, while their most recent album, Rooms Filled With Light (2012) has a similar experimental sounds as its follow-up,  Let’s Go Extinct (releasing February 11). However, the vocals and overall style have remained the same throughout, with echoes and soft melodies that can sometimes hypnotize the listeners, when it’s not causing them to tap their feet.

The album opens upbeat with “Life in the Sky.” The piece starts with what sounds like humming and eerie synthesizers, but the mood lightens with harmonizing vocals. Synthesizers seem to be a main characteristic of this album, in comparison to the two previous, and can sometimes sound futuristic or 80’s like.

“Cell Song” follows with a dream-like melody, accompanied with a tambourine. I couldn’t help imagining a 70’s roller skating rink.

“Myth of Myself (A Ruse to Exploit Our Weaknesses)” slows it down to sweet sounding tune. The sound of (maybe?) a ticking clock brings about the experimental sound of the album. And who can resist a little flute action?

Then, “A Distance” combines a saxophone melody and an 80’s synthesizer sound. “We’re the Future” features surf-like guitar chords and “Landlocked” invokes a tribal dance. It’s amazing how Fanfarlo is able to maintain a specific sound and also combine so many musical styles. “Painting With Life” really caught my attention; it’s the first piece that starts with only vocals, “This is where it happened. We used to go here all the time,” and then cue the distorted keyboard and violin. It really sets the sentimental tone of the song, which the violin really just heightens.

The sensual saxophone returns in “The Grey and Gold”, and a piano is introduced in the hypnotic “The Beginning and the End”. Fanfarlo combines all these instruments, which aren’t normally associated with each other, and makes a uniform and beautiful album.

“Let’s Go Extinct” is the embodiment of this beauty. The song lasts close to 6 minutes and is slow and lullaby-like. It was hard not to just lay down and listen peacefully.