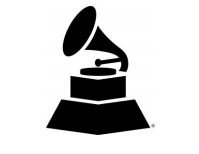 It seems everyone in the United States of America and then some watched the GRAMMYs. Twitter was bursting at the seams with social commentary regarding Taylor Swift dancing like a wacky inflatable man and Ozzy Osbourne’s convoluted and baffling introduction to the remaining Beatles’ performance. But do people really understand how the GRAMMYs work? How do artists get nominated? Who decides the winner? What is the difference between the record of the year and song of the year? Well look no further, my friends, your questions will be answered here.

The GRAMMY awards are put on annually by The Recording Academy, an organization dedicated to recognizing outstanding achievements and powerful accomplishments in the music industry within the past year.  However in the past decade or so, the Academy has become very involved in advocating the arts and contributes to multiple outreach programs in the United States. Not to worry; they are not just a group of music snobs sitting around with cigars criticizing music.

Well then, who exactly is in The Recording Academy, you ask? Wonderful question. The Recording Academy is comprised of “creative and technical professionals….. and other recording industry professionals such as executive producers, writers, publishers, attorneys, record label staff, music merchants, music educators, and artist managers who are directly involved, on a professional basis, in the music business,” according to the Grammy 365 website.

HOWEVER not just any old person that considers himself an “industry professional” can vote. Now, now, we wouldn’t leave the outcome of the most prestigious American music awards in the hands of Bob next door with a YouTube account and a few T-Swift covers would we? No way. In order to be a VOTING member of The Recording Academy, you must apply. There are a series of qualifications you must meet under different categories, such as having a particular amount of recorded and released music or being endorsed by an existing voting member. Hey, if you were nominated for a GRAMMY though, that will certainly put you on the fast-track to becoming a voting member. Well, if it was within the past five years.

SO how does one get nominated to win a GRAMMY award? Well, a registered Recording Academy member or an artist’s record label submits their recording electronically. Then, the voting members do what they do best: vote!

Last of all, that ever-enduring GRAMMY question that everyone is racking their brains for an answer to, the question that haunts us in our sleep and everywhere we go on the internet: why do they let Taylor Swift stand up and dance during the show? Ladies and gentlemen, I may never ever have that answer. I sincerely wish I did, however, you are going to have to take it up with The Recording Academy yourselves.

1 thought on “The GRAMMYs Debunked”