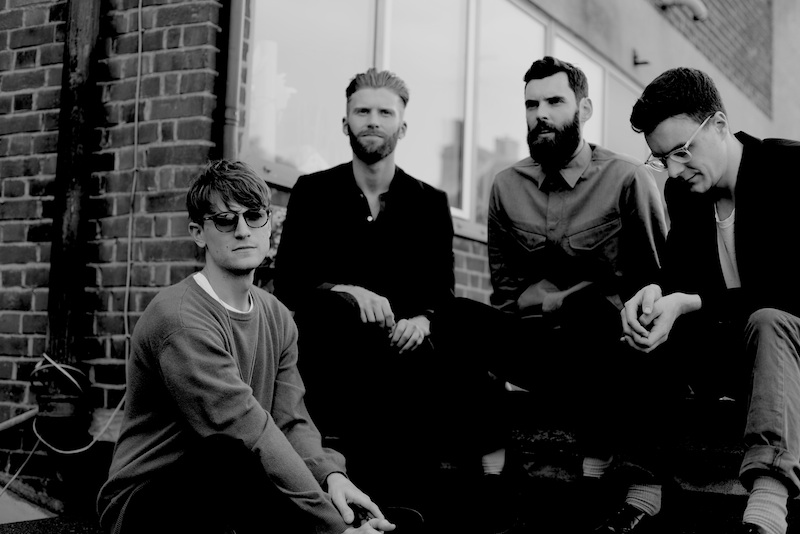 Inspired by a poem and truly very poetic indeed, CYMBALS’ debut album The Age of Fracture takes the listener on an introspective journey without compromising its ability to make us bob our heads and dance to the disco beats.

Lending its name from a work by Princeton scholar Daniel T. Rodgers and inspired heavily by British poet Joe Dunthorne, this album layers spacey instrumentals and hard-driving beats with thoughtful lyrics to create an intergalactic disco.

Hailing from the UK, CYMBALS recorded this album with producer Dreamtrak (Swim Deep, Chad Valley, Hot Chip) in his Hackney studio carefully putting each beat, melody, and word in place for a bright, polished, sophisticated sound dripping with deep thoughts and positive energy.

“We can hear the passing of time” sings Jack Cleverly, coolly, wafting over the pop beats, reflecting on the inner indecisiveness and over-complication of our generation on “The Natural World”. The Age of Fracture is abound with interesting comparisons, sweetly singing in the track, “You Are”, “I won’t forget you running down the stairs like it’s the end of another age.” Other tracks, like “Empty Space” feel like Andy Warhol paintings come to life to whisk you away to a party in Greenwich Village. Funky electronic melodies go hand in hand with the dance pop beats to create a lighthearted and fun musical experience.

The album matures as the listener progresses with more dreamy tracks such as “The 5%” and “The Age of Fracture.” CYMBALS continues to explore the idea of our generation not being able see the world in a simpler light, lamenting, “it’s more complicated than that.” When talking about the album, Cleverly writes “It hit me that I often feel paralysed by the feeling that everything is ‘too complicated’, and that many people I know feel that paralysis. I realised that this way of thinking can be traced through these songs.”

The album progresses to more hard-driving beats and funky guitar riffs with “Like An Animal.” Simpler, mellower grooves take over with the focus shifting to the musicality but never forgetting its purpose of exploring the human condition, remarking “you are life’s delicate child” but reminding us “nothing can be solid as a rock.”

“Erosion” and “This City” are pure fun tracks, and the album comes full circle with the track “The End.” Speaking in French over delicate beats, Cleverly adds depth and interest to the music. This track feels like an album hangover, but not in a coffee, sunglasses, and ibuprofen way. This track leaves us buzzing in the warm afterglow of the album, contemplating the ideas CYMBALS has presented us over the course of their work. “You’ve been dancing too much,” Cleverly croons, “you’ve got to turn on the lights”.

The album ends on a positive note, but not before leaving us with one last cool instrumental groove on “Call Me.” The slower, meandering jam is different than the rest of the album but leaves us basking in the ambiance of the album we have just listened to.

Overall, CYMBALS has made an album that makes a profound statement about our generation without neglecting the fun dance tunes drives the indie electro pop genre. You can enjoy this music in the morning with your coffee, at the beach, or on the moon.

You can catch The Age of Fracture when it comes out on Feb. 4 via Tough Love Records and when CYMBALS performs at South by Southwest in Austin, March 11th through the 16th.