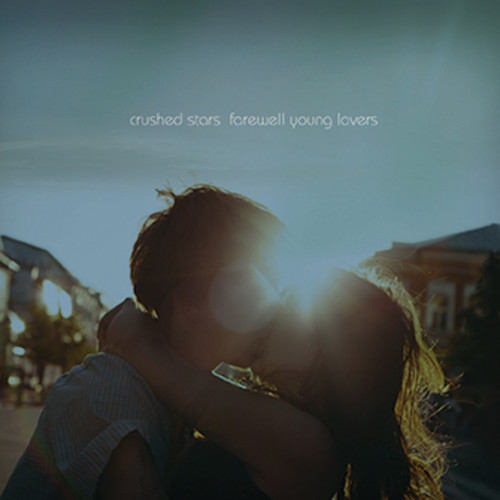 Farewell Young Lovers is the most current album of Todd Gautreau and Jeff Ryan, out January 21st. The euphoric album opens with the upbeat “Flowerbomb,” for which they just released a video. Crushed Stars has kept their dream-like style since their earlier albums such as in In The Bright Rain and even their cover of “99 Red Balloons.”

The album takes on a somewhat psychedelic sound in “Our Interest in Claire,” but still eloquent, as if this would be the theme song to watching a lava lamp move. Then “Fly,” a lullaby of sorts, follows with a sprinkling of piano keys and harmony from a female voice. “Poppies” takes an instrumental approach, an intermission in the album. The second half opens strong with “Haters,” a sound different than most of Crushed Stars’ tracks. “Haters” is easily the most energetic, but still maintains that weightless feeling of the entire album. Finally, “Crocodiles” ends the album on a peaceful note.

The album is languid and simply beautiful. Everything should move in slow motion while this album is playing, and that goes for all of Crushed Stars’ albums. It can sing you to sleep (as it did to me late one night), ease your daily woes, or make you see objects in a softer light. Farewell Young Lovers is a unified album that brings to mind summer sunsets, nostalgia, thoughtfulness, and contentment. The album opens optimistically and closes with a sweet farewell.

Although Crushed Stars has a continuous and particular style, they are very versatile as shown in this album. They are able to evoke a feeling of high-ness and also one similar to a dream state. “Fantastic Birds” for example, Gautreau describes, “And we are like fantastic birds/ With our voices still unheard/ Under a canopy of trees/ Laughter and iridescent streams.” The vividness continues in “Haters”, “Singing in the churches with our hearts too full of hate/Shining on the surface but they won’t get through the gate.” Crushed Stars ends appropriately with “Crocodiles”, bidding farewell to all the young lovers, “So long my friend, we’ll see what tomorrow brings.” A complete album made truly with love and delicacy.