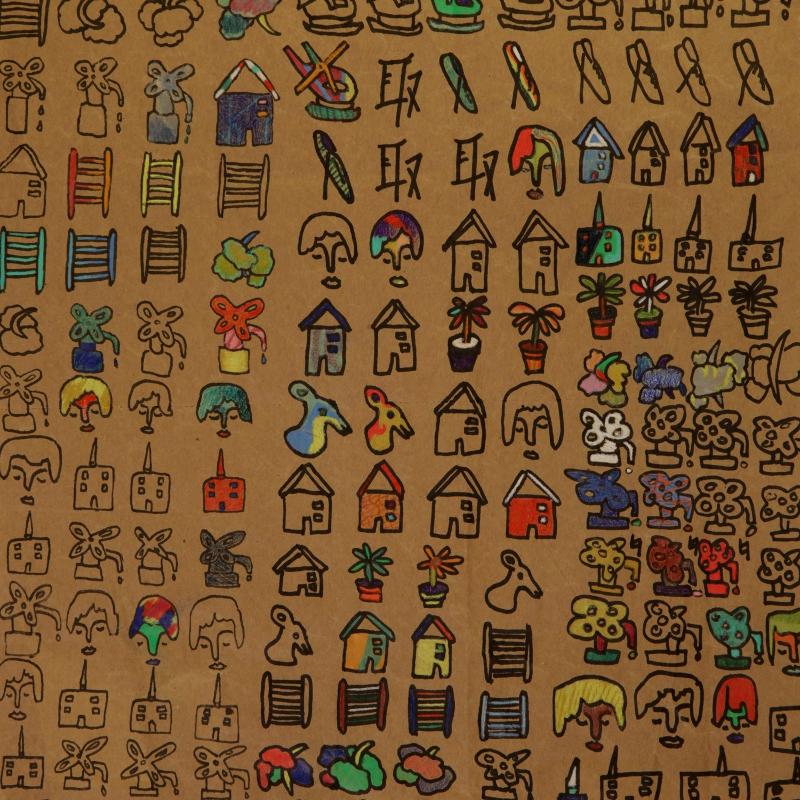 It was an interesting experience making homemade cookies to Blanche Blanche Blanche’s most recent album, Breaking Mirrors. I felt mad and impatient, ready to throw my no-bake cookies against the wall. That’s an exaggeration, of course, but the essence is very real. Blanche Blanche Blanche even warns on Facebook, “Don’t come to our shows if you don’t want to kick ass or get beaten up!!!”

On the surface, Smith’s voice sounds monotonous and Phillips’ guitar sounds repetitive, but I think that’s the point. It is not that Smith is incapable of canorous sound, as we hear in “Papa’s Proof” and “Wink with both Eyes”, but her voice strengthens the rawness and punk edge of the anti-materialistic message. Repetition plays a large role in mocking the culture of materialism as heard in “Fire” and “Zeroing In”. At some points, the songs seem to mimic an infomercial with the repetitive beats and lyrics. This message becomes even clearer in “Crowd Noise” when Smith sings, “No need to relay things, as we respond to playthings. We decide the ratings” and “The same things are the good things”, which sarcastically portrays the idea that we consume media, and media consume us. Literally, I have watched in amazement people almost run into each other while texting and walking, and not once do they avert their eyes from the technology that has proven to be there for us when we most need it (BBB’s sarcasm is rubbing off on me).

The fact that it is dark and not catchy only emphasizes the anti-material attitude of BBB. It challenges you to sit and listen, and dares you to delve deeper to find out what BBB thinks about secular satisfaction. BBB wants us to ask ourselves, “What do ‘things’ mean to us?” What does “house, dinner, nail polish, remover….” mean to us? It is important to transmit these thoughts through an industrial genre, for it makes obvious the terror of being a slave to consumerism and conformity; it parodies our obsession with media as Smith screams, “I don’t want it, that’s the ad”.

Get passed the necessary harshness and blunt attitude to hear the message we all know is true: having ‘stuff’ does not make you smarter or a better person. If it is too much to take in, take a minute to reflect while listening to the ambient sounds of “Market Thrush”, and then vigorously nod your head or pound your fists to the rest of the album. Blanche Blanche Blanche’s newest album, Breaking Mirrors comes out November 5th.