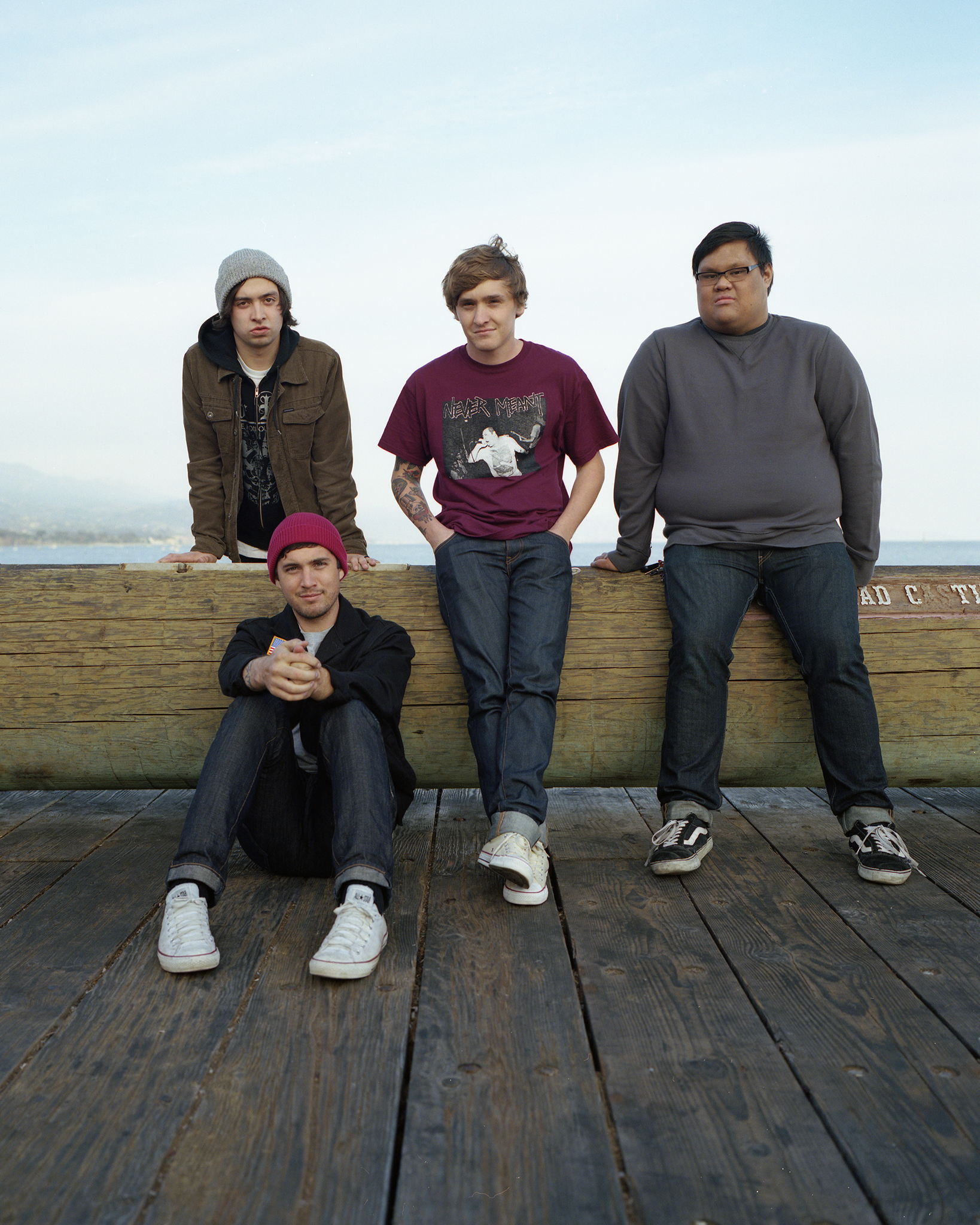 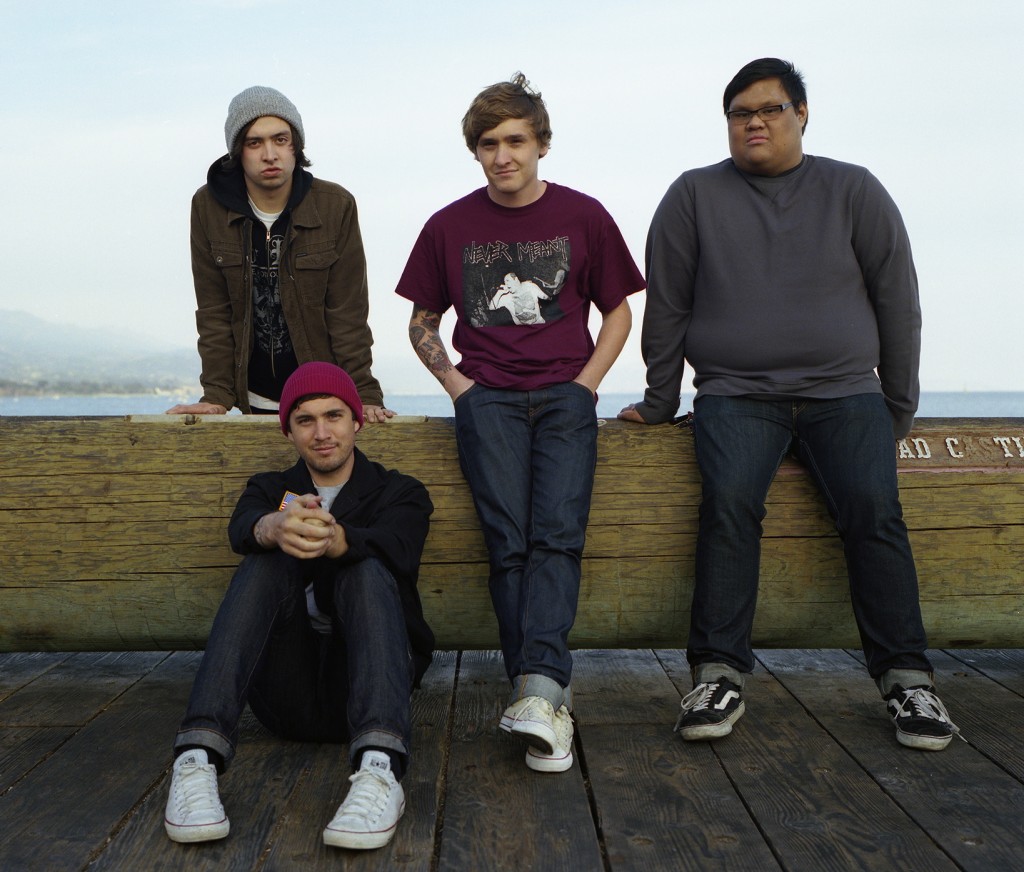 Souvenirs is a 4-man band from Carpinteria, CA, that are here to kick it old school and flat out raw. Being compared to Braid and Mineral, and I personally related them to Jimmy Eat World and a splash of Brand New, they are musicians on the emotional angsty rollercoaster called life and are here to write about it. Their songs aren’t dressed up and over produced, but they are music in its simplest form: music. It’s refreshing to hear a new band on the rise with their simple, raw studio sound. I was supposed to meet them on their tour, but the Atlanta show at the Wonder Root was canceled unfortunately. However, I was able to snag a pleasant phone interview with vocalist Tim Riley and discuss his journey with the band.

JF: How did you decide on the name “Souvenirs”? How long have you played together?

TR: I thought of it when I was starting off and writing songs for the band. I’d been on two U.S. tours selling merch for Title Fight, and I loved truck stops, and I liked the souvenirs. I liked the name because it was appropriate, since everything we have in life is a collection- emotions and being happy; it means something to us. I thought it was an appropriate name for a band that I’m writing for. After the U.S. tour, I went full on Souvenirs, and we’ve been playing together for about 10 months.

JF: What are the band’s influences?

JF: You guys have been compared to a lot of those bands. How does that feel?

TR: It’s really flattering, because we look up to them, because they are our influences. Their music plays a heavy role in the way we write.

JF: Did you play any other type of music before? Have you always known you wanted to be in a band?

TR: Yeah, this is the only thing I would ever be doing. We all dropped everything to do this; everyone quit their jobs, some of us moved in with each other to pay cheap rent. This is the most genuine music we can create, and we play what we want to. We just want to play music everywhere and all the time. I feel like that’s anyone’s goal in a band- to play for as many people as possible. My dad played music when I was growing up and I learned guitar from being around it all the time. When I was in 9th grade, I started getting to punk hardcore stuff and it evolved. I got so deep into it. This the only thing I am comfortable doing at this point in my life, to be in a band that tours.

JF:  What’s the journey from start until now been like?

TR: It definitely helped that one of our first real shows was on Set Your Goals West Coast Christmas tour, and it was totally nerve wracking. It was our first show playing in a completely packed room. Someone posted online that the lead singer looked nervous, but they (Set Your Goals & friends) were all so cool to us. It’s gone by so fast; it’s only been 10-11 months. We are working really hard, and are 100% into the band. On this tour, we are just putting in the hours for the experience. We stopped going to school to start touring. If we wanted to do this for real, then we had to tour as much as possible. We put everything on hold, and that included college.

JF: What’s the fan feedback at the shows been like?

TR: The shows have been so awesome, especially the East Coast. There hasn’t been a show where people come don’t come up to us, or they want to shake our hands. Some guy came up to me last night [Chestnut House in Louisville, KY] and said ‘you guys touched me’. I was like ‘which one of us?!’ [Laughs] He was just like ‘dude, your set was touching.’ We try to write songs that are very personal, yet those that a lot of people can relate to. When someone comes up and says that to me, I feel like we are doing it right, and it’s very encouraging. We are driving for 8-12 hours, we play for 20-30 people, we are hundreds of miles from home, and just to hear that… it’s amazing.

JF: How does the writing process go?

TR: Vince or I have a bass riff, bring it to the table, and we work on it collectively. For the record we just put out, we just practiced the songs 3-4 hours a day, 4 days a week for about a month… learning them by heart, changing them, playing them, changing them again, and breaking the songs down. We did that so we could just go in the studio and record the songs live, and just so we didn’t have to think about it, we’d just play. After that, we didn’t want to play them anymore!

JF: Are you the only one that writes the lyrics?

JF: Any reasoning behind the name of the EP “Tired of Defending You”?

TR: Yes, definitely. I’m not a fan of arbitrary, pointless titles to just sell records. “Tired of Defending You” is a general theme of the songs on the record. It’s the point in time around writing the songs, any time in life, every relationship you have with anyone- girlfriend, mom, brother, friends- it’s such a rollercoaster. People are just… human. Everyone is going to make mistakes. People are just trying to do what’s for best for themselves. But who doesn’t want that? Yet, sometimes that doesn’t benefit those around you. I’ve been in a few situations where I’ve been on the other end. I’m tired of weird, pseudo-personalities, like asking how I am when they don’t care. It’s just small talk, or hearing a fake laugh- you don’t care what I’m saying so don’t pretend like you do.

JF: Why was the Atlanta GA show at the Wonder Root canceled?

TR: We wanted to play in Atlanta so bad! All the local bands dropped. The guy that organized the show told us ‘You guys would just be playing by yourselves.’ It was like, ‘well you promoted it!’ We are on tour, so it’d be just like practicing. Wonder Root is really cool! It’s grimy little basement, but it’s set up really cool. First show I saw there was Outcrowd- it was them and Disengage; it was such a cool show.