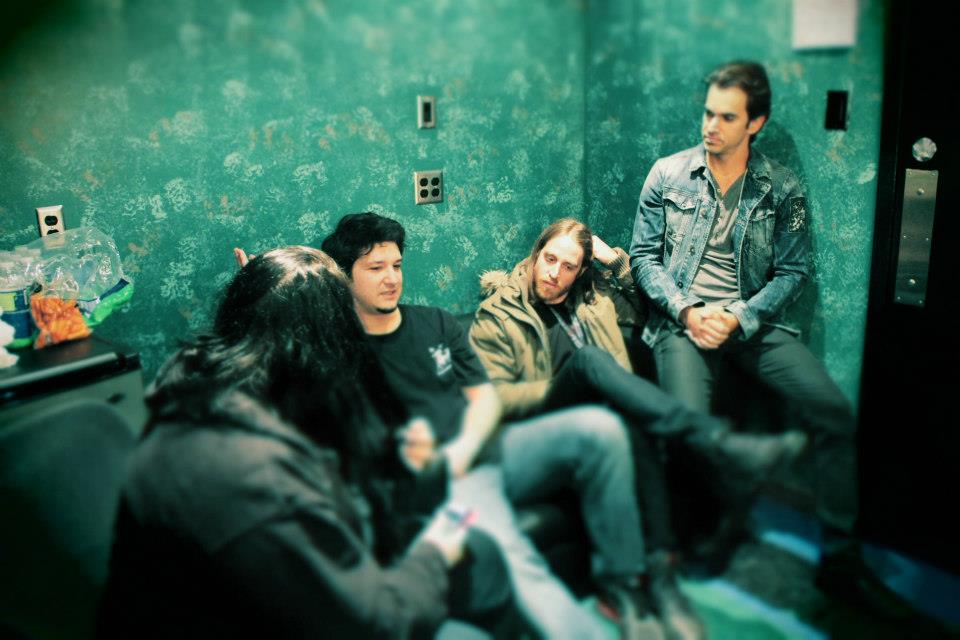 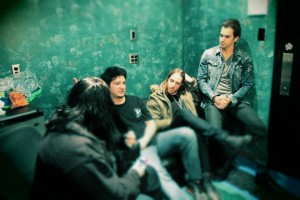 I’m sure some of you music lovers have heard of – or even attended a show for – the Take Action Tour. I just got off the phone with guitarist Rodrigo Hildago from Brazilian rock group, MindFlow (quite a chill dude with a fabulous accent), who was kind enough to chat with me on the band’s day off in Jacksonville, Florida.

For those that haven’t heard of Mindflow, here’s a little history to fill in the gaps:
They are from São Paulo, Brazil, and they got together as a group in 2003.  Hildago told me in his interview that he simply started playing guitar because his friends needed some helping hands for their band.  After that fizzled out, he starting writing with their current drummer, Rafael Pensado, and everything took off from there.

After the band sent material to renowned producer Ben Grosse (Disturbed, Marilyn Manson, Slipknot, Megadeth, etc), he personally attended one of their shows and agreed to work with them on MindFlow’s third album called Destructive Device. From there, Nightmare Records got a hold of them, and the band combined their preferred songs with their released online tracks and birthed With Bare Hands.

So now you know.  Be sure to check out MindFlow on the Take Action Tour with The Used, We Came As Romans, and Crown the Empire.  But not before you check out my interview…

VM: First off, how’d you get the name MindFlow for your band?

RH: It was from the name of one of our songs called “When Minds Flow”.  It means there’s no real structure, that it’s just free.

VM:  What got you interested in music? Was it family, friends, or self-discovery?

RH: I am actually the only one in the family that does music. My friends in high school needed someone to help them out, and so I picked up the guitar and started learning. From that, I met Raphael our drummer.

VM: What bands influence you?

RH: I love Bon Jovi. It’s my favorite band, and I think Jon Bon Jovi is a great singer.

VM: So what influences your writing? What do you write about?

RH: We use everyday things to make music. We wrote 12 songs in 12 months, and they are all based on certain moments, like the corruption in Brazilian politics and natural disasters. People can relate to these things.

VM: How’d you guys team up with The Used on this tour?

RH:  We were interested in this project and in this awesome cause. We wanted to help out, and we believe in each other and the cause. We really wanted to be a part of it. The guys from The Used are so great, and they are super nice. This is our first big tour, and we feel really lucky and honored to be picked to be a part of this. It’s such a great cause.

VM: How has the fan reaction been since you’ve been touring with them and bands like We Came As Romans?

RH: Mindflow is different from those bands, and bands like WCAR are more popular, but I think we are well liked even though we don’t sound like them. People have been having fun and we’ve gotten good feedback.

VM: Have any crazy stories or hilarious moments from the tour so far?

RH: No, (laughs), we are pretty boring band. We’ve just been chilling out in Jacksonville on our day off.  We mostly play video games (laughs).

VM: That’s awesome. What are your plans after the tour?

RH: We are going back home to Brazil to work on a new album, and then we’d like to come back for a summer tour.

VM: Maybe I can catch you guys next go around.  Would you like to say anything to VinylMag readers or have anything you’d like fans to know?

RH: Thank you. Definitely thank you. We hope you enjoy it and are having fun. This has been an awesome opportunity, and thank you for supporting it and the tour and the cause.