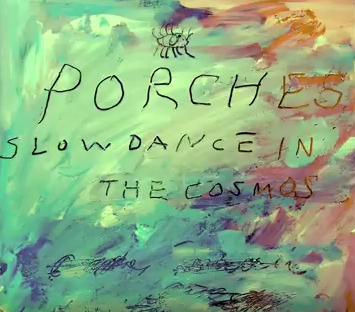 Sometimes I hear an album I genuinely enjoy, yet for some reason, it slips my mind until months later when I rediscover it with renewed enthusiasm. Porches’ Slow Dance in the Cosmos is one of these albums. I first heard of Porches back in February. I didn’t find the album particularly appealing at first. Aaron Maine, the front man for Porches, fence-sits when it comes to genre; some songs entertain a more indie rock feel while others are rooted in chiptune inspired eighties throwbacks.

Nonetheless, the genre ambiguity wasn’t what turned me off from Porches; it was Maine’s voice. I found it annoying and wavering, as though Maine was riddled with insecurities and self-doubt regarding his abilities as a musician and his qualities as a human being, but not in the eclectic, artfully disheveled manner of indie superstars like Conor Oberst or Stephen Morrissey. After a few listens on late-night Megabuses to Atlanta to see my ex-girlfriend, I set the album aside. I didn’t think it was worth listening to any further, and it didn’t seem to be growing on me. I meant to write up a review back in March, but the album was already two years old at that point so I didn’t think there was much of a point. I was very mistaken.

Six months later, I started listening to Slow Dance again after discovering that Aaron Maine’s girlfriend is none other than the fabulously adorable Frankie Cosmos, whose album 2014 album Zentropy found its way into the hearts of indie lovers and Kevin Kline aficionados everywhere. Cosmos, aka Greta Kline, is also the female lead vocals in Porches as well as the bass player. Likewise, Maine plays drums in Frankie Cosmos’ backing band under the alias of Ronnie Mystery, an homage to his persona Ronald Paris in Porches. My thoughts on Slow Dance underwent a complete shift. I found myself unable to stop listening to it. Maine’s voice, once thought to be grating, became oddly warm and honest.

Perhaps the circumstances under which I first heard Slow Dance left a bitter taste in my mouth, but now, months later, I find comfort in the forthright attitude Maine expresses in his songs. He’s honest, much more than the aforementioned Oberst and Morrissey. His songs aren’t full of false expressions of love or individuality or intellect. He sings how he feels and it’s incredibly refreshing, especially with Cosmos backing him up. You can hear the intimacy in the music they’ve created together.

Specifically, I cannot pick a favorite track. If I were ever to label an album as “complete,” I’d be hard-pressed to find a better candidate than Slow Dance in the Cosmos. From the opening track of “Headsgiving,” an odd sexual ode that deals with mental health, isolation, and love to the final track “The Cosmos,” the album never misses its mark. Stylistically, the songs are as various as they come. “Headsgiving” is clearly more of a progressive indie track, but its follow-up, “Jesus Universe,” is full of synthy cascades and gritty metaphors. But other tracks, like “Xanny Bar” and “After Glow” are significantly different than other tracks; the former being a slow, unplugged acoustic song about a sad sap drunk that runs across a girl in a bar that’s just as much of a sad sap as he is and Maine’s lyrics provide the dialogue between the two characters, Ronnie and Edith. “After Glow” captures the simultaneous beauty and sadness of isolation and loneliness, perhaps most emphasized through its juxtaposition against the cityscape setting described in the opening line. However, “Fog Dog” is perhaps the most complete track, with competing lines and harmonies between Maine and Cosmos. It’s almost balladic with its instrumental and vocal building, with Maine utterly dominating his place as the front man and solidifying his confidence as an artist, yet still holding on to some reservations as any artist in his mid-twenties would do.

As a whole, Slow Dance in the Cosmos is in a class of its own. It’s complete, but unlike any other albums I’ve heard that I regard as such. I love every facet of it. I honestly cannot get enough of it. Every time I listen to it, I find something new. Maine’s presence is prodigious and intimidating. Porches, in my opinion, falls in with the candid honesty of bands like Modest Mouse, Bright Eyes, The Smiths, and others without compromising its own identity. Porches does not emulate its sound, but creates it. 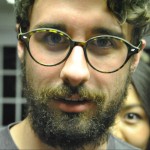 Trey is a senior English literature major at the University of Georgia and is planning on entering an MA program next Fall. He enjoys turgid literature, bar food, cheap beer, and black coffee.