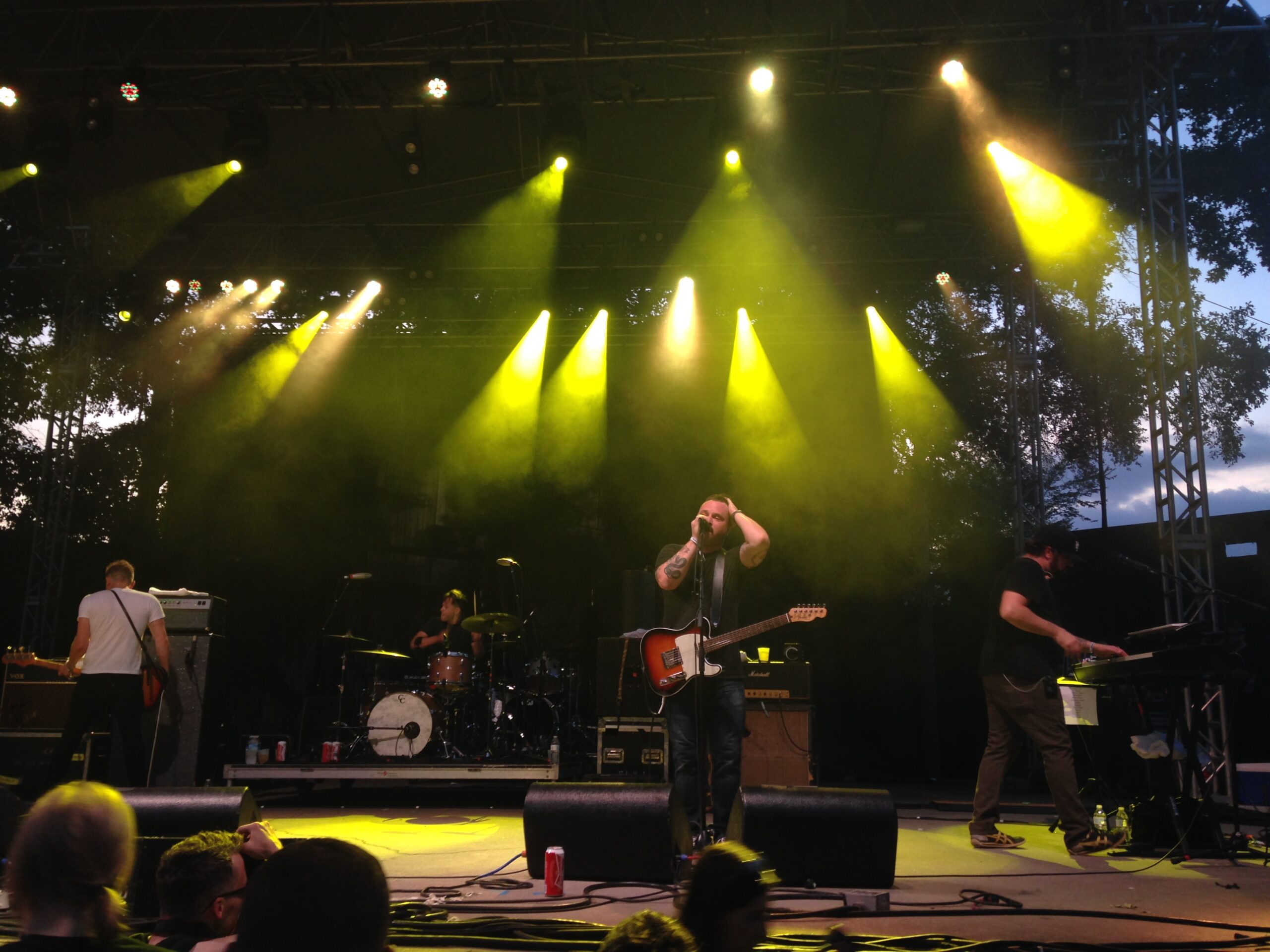 “The last time I saw you act like this, we were kids.”

A couple weekends ago The Masquerade entertained thousands of Atlantans with a dream lineup of 60 punk and hardcore bands. The name was fitting, given the recent selling of the venue to a multi-family developer who plans to turn the land into a mixed-use development. Its proximity to the BeltLine, a former railway corridor turned linear park, made the acquisition inevitable. It remains to be seen what will happen to the building, but early plans call for the former Du Pree Manufacturing Company Excelsior Factory to be repurposed as part of the massive development. Though the old mill hangs in a poetic state of purgatory, one thing is for sure: the days of concerts at the iconic venue are numbered.

The recent headlines made the inaugural Wrecking Ball music festival that much more compelling. With a ridiculous lineup that included Descendents, The Get Up Kids, Coheed and Cambria, Desaparecidos, Thrice, Glassjaw, Appleseed Cast, American Nightmare, Modern Life is War, Braid, Pianos Become the Teeth, and Foundation among others, the only way it could’ve been any better was if they brought in an actual wrecking ball after Coheed and Cambria closed it out on Sunday and literally tore the place down. So many of these bands started their careers in Hell and slowly worked their way up to Heaven and eventually out to the Music Park. Part of what made the weekend so great was hearing the artists share their personal experiences playing these stages. The Get Up Kids recalled their first trip here 20 years ago touring with MxPx and even played the first song they ever wrote as a tribute. Conor Oberst mockingly seemed into purchasing a condo on the land, and Descendents had to be yanked off the stage, though probably not in protest. It seems every band that has ever passed through this city has played at least once at The Masquerade, and that is what makes this place so special. Yeah, the sound isn’t very good, and it feels like the floor will collapse at any second sending everyone in Heaven to their death, but there’s something about this musty old clap trap that keeps us coming back. Nirvana, Pearl Jam, Public Enemy, Nine Inch Nails, the list goes on, but this weekend was a celebration of punk.

I’ll admit this lineup would’ve been much more exciting to me 15 years ago, and maybe I was in attendance solely to keep my 16-year-old self from coming back and murdering me in my sleep. Many of these bands have slipped into “guilty pleasure” listening status while others serve as a consistent reminder of who I am and how I got here. Each one reminds me of riding around on hot southern nights with the windows down and five friends singing at the top of their respective lungs. It was a throwback, and I’m okay with that.

For my personal tastes, Saturday was the reason I was there. The Music Park stage got things rolling with The Coathangers, The Lawrence Arms, Title Fight, and The Movielife. The latter putting on an energetic set during which they thanked the crowd for making this “the best show (they’ve) ever played in Atlanta.” They even commented on the amount of lyrics being shouted back at them – apparently the New York of the South has never been so welcoming of this actual New York band. Inside, Braid, Small Brown Bike, and Samiam lit up the Heaven Stage to round out the afternoon.

As night fell, everyone moved out to the Music Park for main attractions: The Get Up Kids and Descendents. This was the first time I got to see The Get Up Kids, which were amazing. I know they’ve been doing this for a long time and have been involved in several other big name and solo projects over the years, but I was so impressed with their sound. Nothing against the other bands, but Matt Pryor and the boys were the most professional sounding band of the weekend. They went through all the classics including Red Letter Day, Ten Minutes, Shorty, Action & Action, Holiday, and Mass Pike, among others. I forgot just how many catchy songs they had written and was genuinely surprised how many of the lyrics I could still belt out.

The night came to a close with Descendents, who have made perhaps the biggest impact of any band on punk music over the course of their 38 year career. Most of the musicians at this festival probably had at least a couple of Milo’s songs on their earliest mixtapes or playlists, and many were on stage taking it all in. They went through a crazy long set of about 30 songs before the PA system was cut, and everyone was told to go home, proving just how punk rock these old guys remain.

The outdoor vibe on Sunday was a little more laid back with Yuck, Basement, and Cave In paving the way for a rather subdued Thrice set. The harder hitting acts like Foundation, Glassjaw, and Blacklisted were pushed indoors where multiple hangovers were sweat out in front of the Heaven Stage. Back outside, Desaparecidos, and Coheed and Cambria finished off the weekend. Not much to say about them except that Conor was Conor, and Coheed was much less epic than usual, only playing around a dozen songs.

Overall, it was a great weekend to be a punk, and I’m glad the organizers of Wrecking Ball were able to put together such an amazing group of bands as part of The Masquerade’s farewell concert series.

A few things I found curious:

Purgatory wasn’t Purgatory – it was a merch-sized tent out in front of the venue. The real Purgatory was roped off as an artist’s lounge – kind of a bummer.

Thrice and Glassjaw were scheduled in overlapping time slots, making it impossible to see each of their sets in entirety. I wasn’t the only one upset about that flap, as Dustin Kensrue even felt compelled to comment on the obvious mistake during their set.

Oh this is so Conor. What a rebel. @desaparecidos @wreckingballatl @masquerade_atl A video posted by Vinyl Mag (@vinylmag) on Aug 9, 2015 at 5:07pm PDT

The discovery of the weekend came in the form of the band Somos who shut down the Purgatory Stage on Sunday night. The Boston based quartet are playing a refreshing brand of catchy emo throwback tunes. They have a full length titled Temple of Plenty that I highly recommend giving a listen. Be on the lookout for a recently finished record in the coming months.