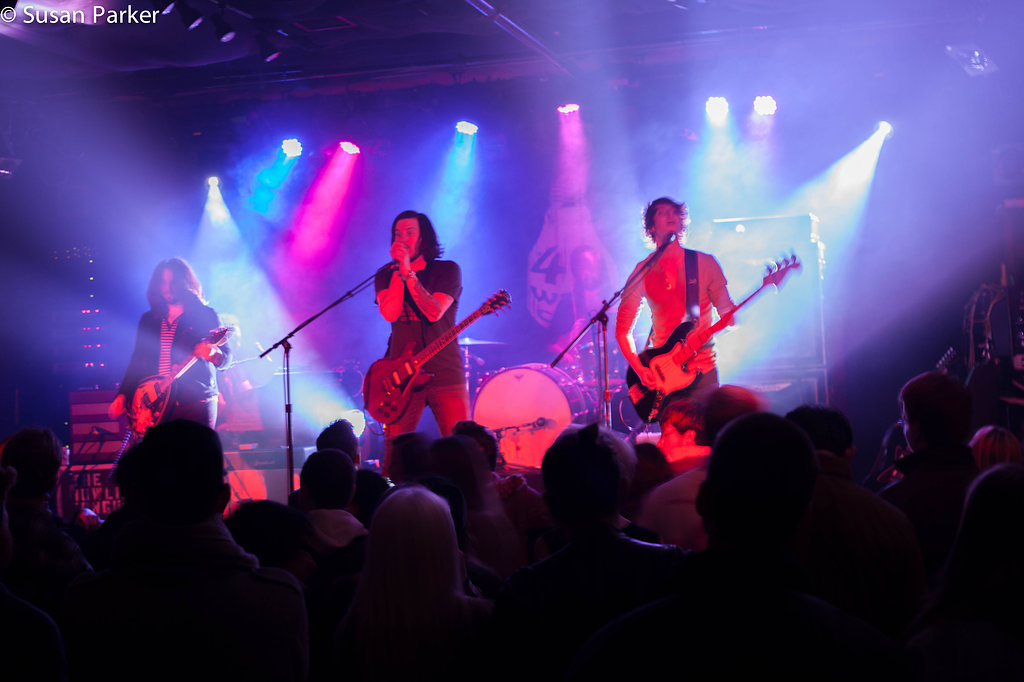 This past Thursday night at the 40 Watt saw a packed, diverse evening of what rock has been up to in the past three decades. It was also the debut event for local startup Aria Promotions, and they did a damn good job – the show was almost sold out.

Opener Juna delivered sludgy, math-intwined boomers. Between the Prozac haze guitar chords, quirky time signatures, and buffet table drumming, they definitely qualify as new members of the emo revival. A few of their meandering guitar noodles seemed ripped straight from a Sunny Day Real Estate record. Despite technical issues at the beginning of the set, they were still able to churn out winding high-passion sonic explorations. Lead singer Hunter Whitehead is probably the most impassioned bassist the Classic City has ever seen, and I was halfway convinced drummer Sasha Schilbrack-Cole was gonna permanently maim his kit. They were also really, really loud – once again, thank the heavens for We’re hEAR For You.

Waitress was up next, and at this point it seemed that the night existed on an exponential \m/(>.<)\m/ graph. They sounded like a Black Flag-Descendents intermediary, and even on their slower, more intricate songs, they still sounded like a metal Dismemberment Plan. Lead Brian McGhee was beyond delightful, basically standing in as a stand up between their ultra-tight songs. He waxed poetic about everything from Clickhole to Cliff Bars, and was charitable enough to tell each of his bandmates just how hot they are. In terms of straight technicality, the night went to drummer Ryan Houchens, who gave me Whiplash if you know what I mean.

But then Monsoon took the stage, and holy SHIT. For just three Athens kids, they made a whole lot of really great noise. Singer and guitarist Sienna was a natural showwoman, prowling and climbing the stage like a feral bilingual lunatic. Their pseudo-Americanized J punk / coked up Beach Boys vibe is something I’ve been searching for my whole life and didn’t even know it. If Clocked were a band, it would be Monsoon. There’s nothing more enjoyable than watching three obvious best friends absolutely weird-out and wreck a set of songs that don’t quite sound like anyone else. I feel like an idiot for not having seen them before, and would now like to publicly swear my undying allegiance to this band.

Then Atlanta’s The Howling Tongues came on amidst smoke machines and a light show that would make Kanye West say, “Dudes, you’re doing a lot.” While a great technical band – they had clearly practiced their set and song changes ad infinitum – they were playing a bluesy brand of rock and roll that’s really not supposed to sound this rehearsed. They were pleasant enough, and on the surface they were great; but they felt an odd choice as city-slicker closers juxtaposed to the earnest, scrappy punk of the Athens bands that opened for them. Some garage rock bands who deal in Rolling Stones riffage fall victim to the uncanny valley of soul vs. precision, and it looks like the Howling Tongues are one such band. Their whole schtick felt too familiar – making a big show of chugging Jack Daniels; songs involving “I’ll give it to you” double entendres; women smoking cigarettes in red dresses. Every “Whassup Athens?!” and “How y’all doin’ tonight?!” platitude felt empty and forced. It didn’t help that lead singer Taylor Harlow asked permission to “play some rock and rooollll” from the audience between every.single.song, and his playful joshing of the crowd’s lack of energy became uncomfortable berating by night’s end. And I wasn’t the only one who noted the irony of the Tongues’ “Ain’t Too Proud To Beg” cover. Basically, this is a group who’s proper to their own detriment, and doesn’t appear comfortable in their own skin. Loosening up would do ’em a lot of good. 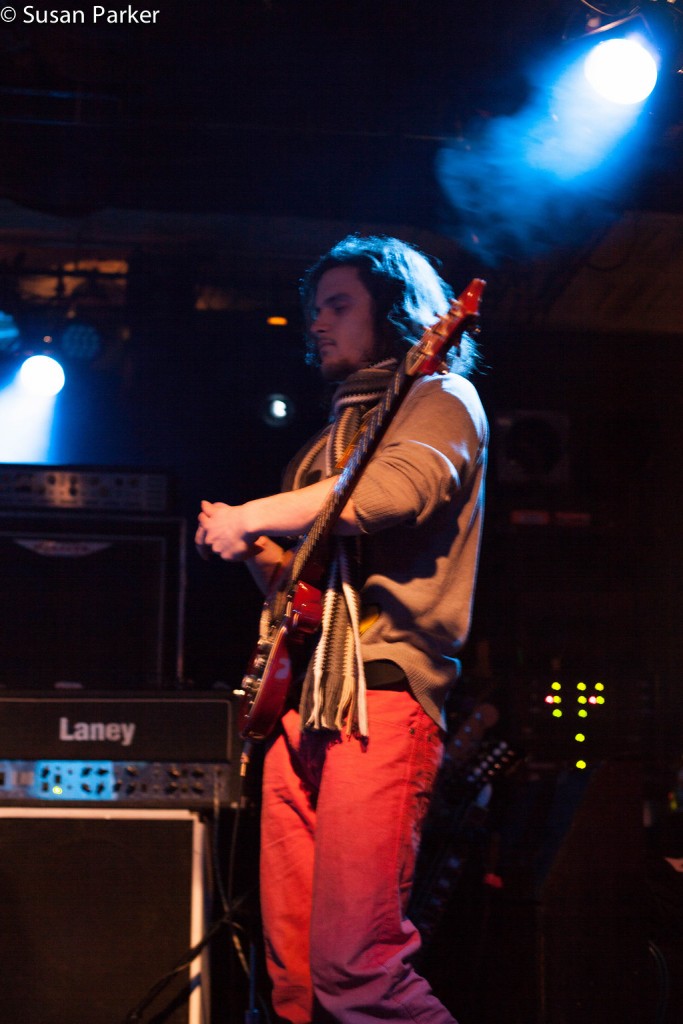