In its fifth year, Shaky Knees returns to Centennial Park in Atlanta, GA, for three days and nights of the finest indie rock acts around. Topping the lineup are the likes of LCD Soundsystem, The xx, and Phoenix.

We only have three more days until the weekend. To help get you through the rest of the week, check out a few of VM’s favorite tracks from some of this year’s Shaky Knees’ artists.

GA 3-day passes are still available, as well as some late-night shows. Don’t miss out! 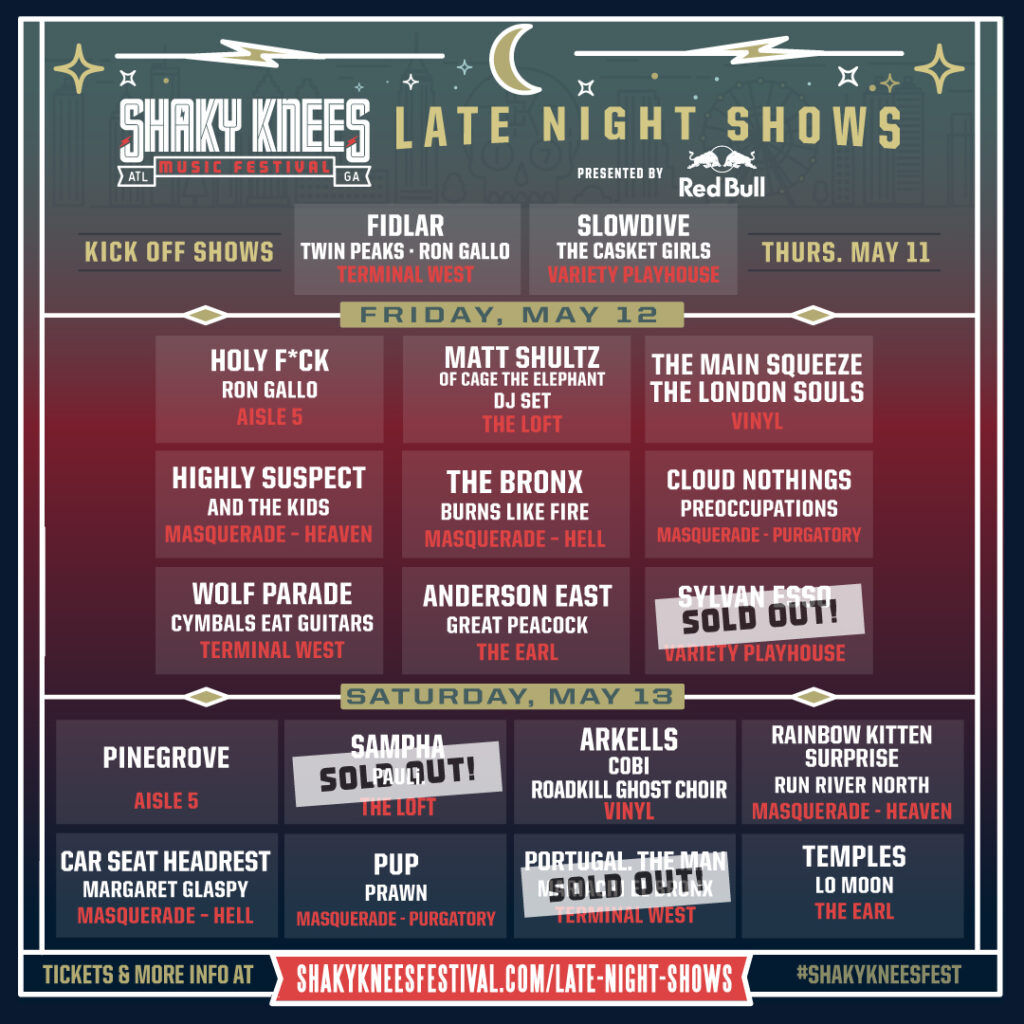