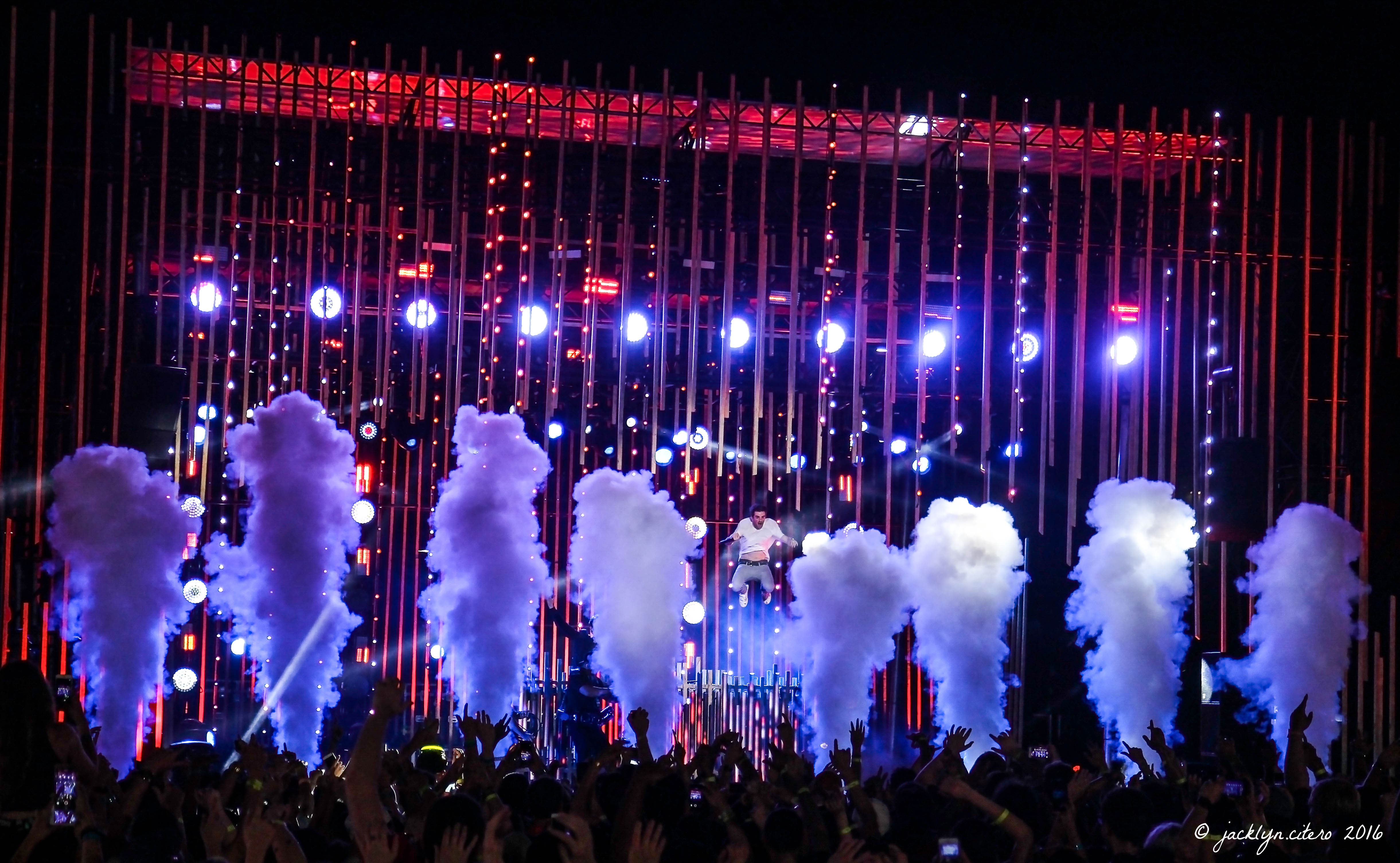 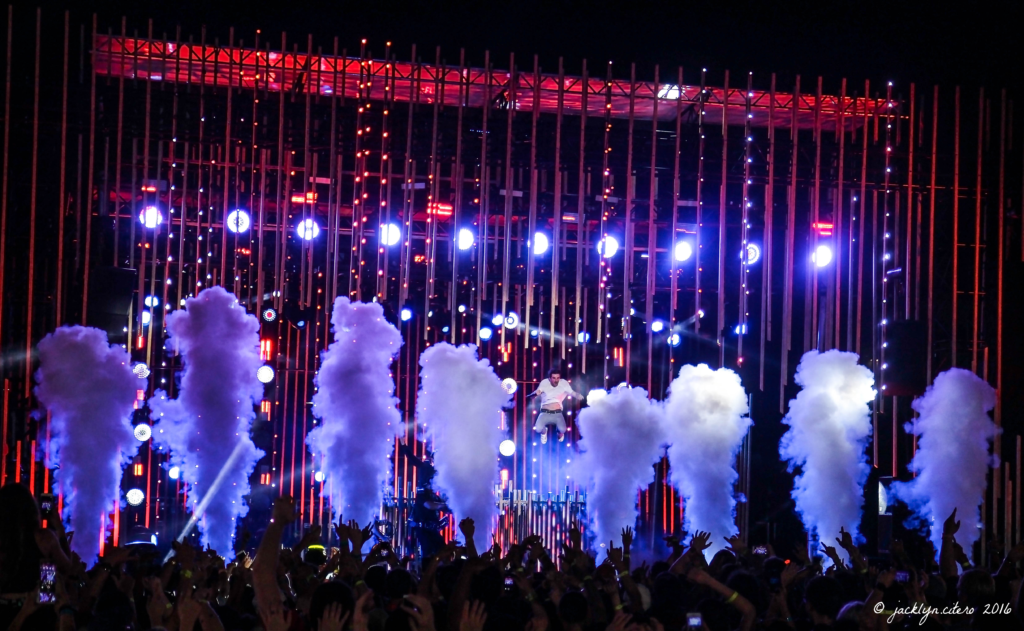 You may have first heard of this American EDM duo in 2014 with their chart topping hit “#Selfie,” but the Chainsmokers did not stop there. Over the past two years The Chainsmokers have released hit after hit and an EP titled Bouquet in 2015. If the EDM community wasn’t talking about Andrew Taggart and Alex Pall’s after all of that, the duo’s past two hits, “Roses” and “Don’t Let Me Down” have brought The Chainsmokers to a whole new level. Taggart and Pall are sitting on top of the world and ruling the music kingdom.

The Chainsmokers were down in Austin, TX, for SXSW to perform at this year’s MTV Woodies/10 for 16. The night before the Woodies, Taggart and Pall took some time after their soundcheck to talk to Vinyl Mag about everything from their music, to Fireball shots, to what they eat on the road and everything else in-between.

Vinyl Mag: Let’s talk about your music first. You have hit after hit and I’d like to call them very infectious. You could play them over and over again, and they just translate so well. Where does the inspiration come for these tracks? What does the creative process look like?

The Chainsmokers: Every song is different. We really don’t hold back on letting whatever we’re currently inspired by make it’s way into what we’re creating ourselves. We’re always listening to new music, and old music. I think whenever you hear a song from us it’s like a modge podge of what we were into that day. We make a ton of tracks, and only put out the best ones.

VM: The songs you are putting out are definitely the good ones. And you’re collabs and the vocals all work on these tracks. Is there any person/artist in particular that you have a dream to collaborate with?

TC: So many. It changes weekly. We’re relatively new, speaking, to the music community, we just moved to LA. Everyone lives there, it seems like, so we’re really pumped to be there and set up time to get together and meet with these people that inspired us. It’s so cool to be a part of the Woodies. Being on the stage with a lot of these artists that are on our Spotify playlists. There isn’t one person, there’s so many.

VM: If you could pick one right now.

VM: Yeah, that’s a great list. Do you guys have any pre-show rituals?

VM: Ok, so about how many shots?

TC: Uh, about three or four? But then we switch to something else.

VM: Just to warm everything up? 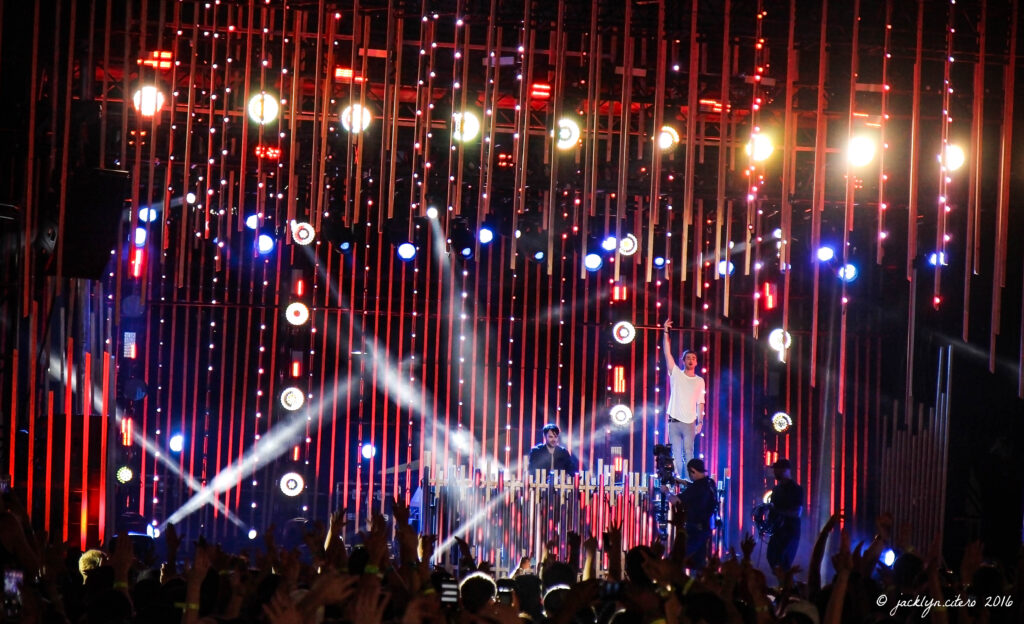 VM: What do you guys like to eat on the road?

TC: That’s the best part about this, is that we get to travel all over the world and try all these different cuisines. Sometimes its sad because we don’t have the time to go do these places, so you like go to a place and you only have airport options, but in Barcelona we finally had some really good bomb ass food there but we’ve been there like 10 times and only had like terrible food. So it really just depends.

VM: What exactly did you eat that was incredible, what did you have?

TC: Tapas. But we had like octopus, mussels, foie gras and steak and there was like this egg and potato thing that was so bomb. Yeah it was awesome.

VM: What’ s the best thing you’ve eaten while touring at a festival?

TC: There’s this barbeque chicken that I had at this restaurant in North Carolina that was like, I’m thinking about it right now and …Carbone in Las Vegas. It’s at the Aria hotel, but they also have one in NYC. Spicy rigatoni is a fuckin must. It will change your life.

VM: Change my life, that’s what I like to hear! Are you guys going to catch any artists while you’re in Austin?

TC: We’re going to the Disruptor showcase and Xylo is playing with Jocelyn Alice and they’re really dope so I’m psyched to see them play even though we’ve seen them before and obviously I mean every performer on the Woodies, but particulary Lukas Graham. Excited to see Travis Scott always … There are so many bands unfortunately we’re not really here long enough to see them but we’re lucky that we get to see the ones we do.

VM: Well welcome to Austin and I hope it treats you well! Also, I really have to share that I’m a big fan of all of your tracks. I just came back from a girl’s weekend and my friends had them on repeat the entire time.

VM: All of them. Especially “Roses” and “Don’t Let Me Down.”

VM: I absolutely love the new one.

VM: Yes…that drop… it just hits you in all the right places.

TC: It’s the first track drop I’ve ever made and I made it on a plane. I didn’t think it was good enough but then I played it for my friend Emily and Scott who I wrote the song with and they were like fuck yeah bro. It’s funny, like a lot of producers overproduce their shit but I think what we’ve learned is that if it gets the point across, it’s good. Less is more.

VM: I love electronic music, but I think with many electronic tracks you can play it and you love it and then you play it over and over again and get sick of it. Honestly speaking, I just think there is something about your songs, and you can just not get sick of them.

VM: And with “Roses,” it just hit me like a ton of bricks….In a really good way.

VM: It’s just so fresh to the electronic scene.

TC: I can’t wait until you hear our new record

VM: I can’t wait either…when can we hear it?

TC: I just got pumped up! 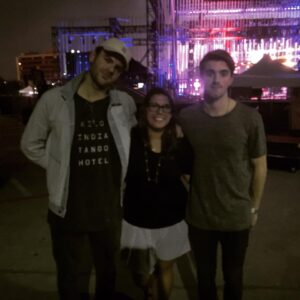