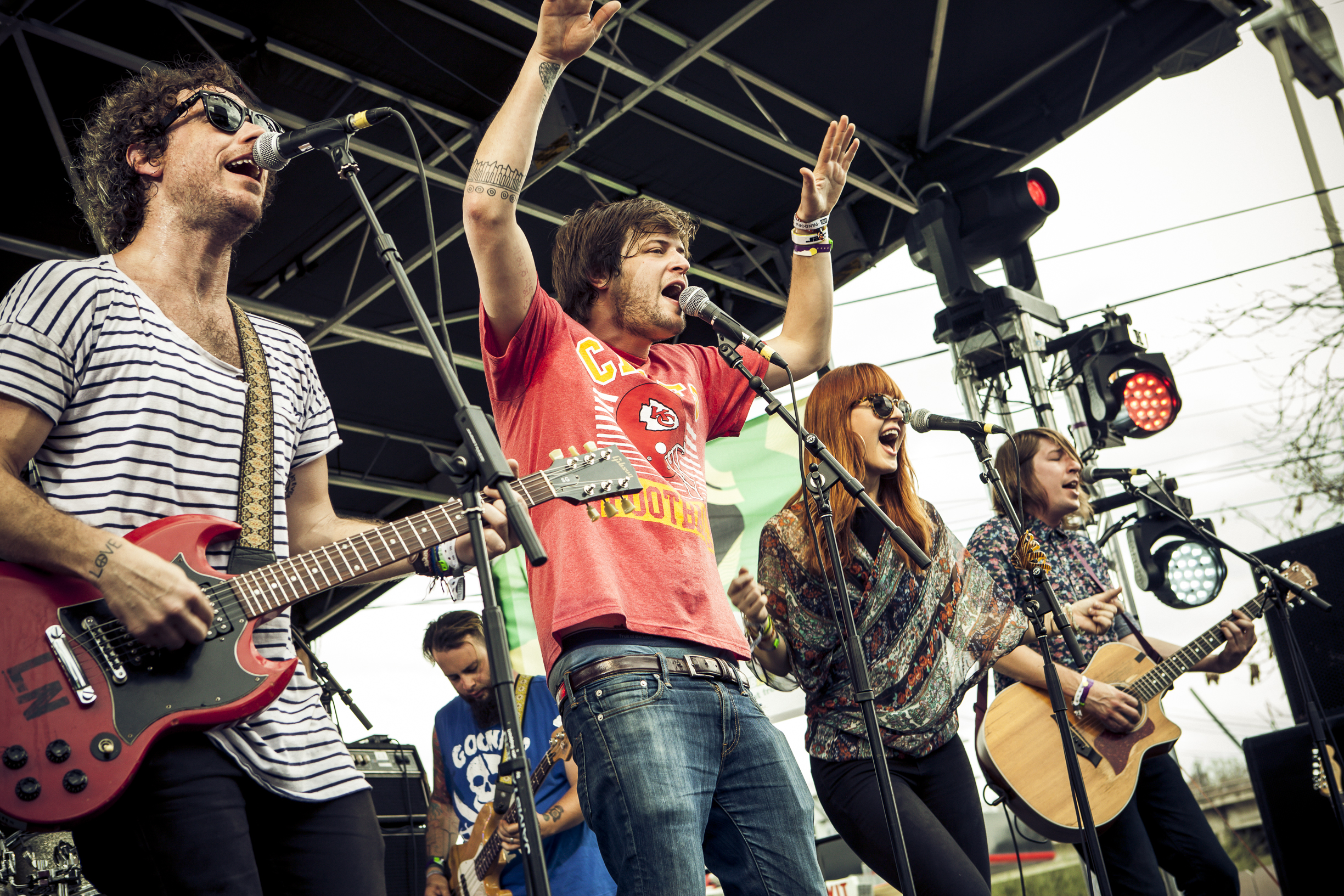 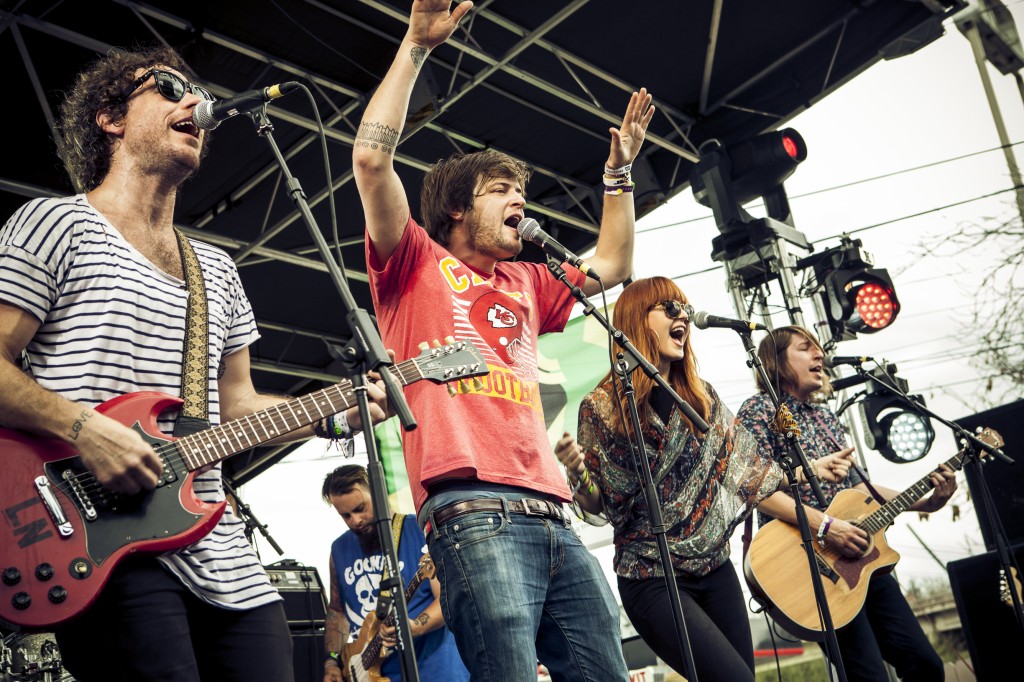 We’re bums and had memory card issues with our Mowgli’s pics, so here is a photo of them at the Pandora Showcase! Credit: Natasha Moustache Photography

Kicking off one of our favorite weeks in the year, day one of SXSW began with a complimentary Bloody Maria and an interview with American rockers, The Mowgli’s. Not too bad, eh? When they’re not touring and spreading endless love and good energy across the world (which doesn’t seem to be all that often), these guys are creating feel-good music that’s generating a buzz all over the billboards. Read all about our sidewalk chat session with Colin Louis Dieden before their set at Maggie Mae’s below, and be sure to catch these guys on tour while you can!

VM: What was your most noteworthy experience from SXSW last year?

Colin Dieden: Well, last year we played at Stubb’s with Walk off the Earth, Cold War Kids, and the Specials, and that was a really big, awesome show. It was kind of one of the first times we got to showcase on a huge stage for our publishers and our label and just everyone.

VM: Is anyone from the band actually from San Francisco proper?

CD: We’re not, actually. Some of the band members are Los Angeles locals, but that’s it. We took this trip to San Francisco and fell in love with it, so we decided to write a song about it.

VM: So did you expect “San Francisco” to become the hit single that it did?

CD: I definitely didn’t expect it to become a “hit,” but it also wasn’t surprising that it did. We had been playing that song for about four and a half years at that point, and everyone at the shows was attracted to it and would sing the loudest to that song. It definitely became the anticipatory song of our shows that the crowd was waiting for, but I was surprised by the timing of it all. We had been playing that song forever, and all of the sudden it’s being played on the radio and all of these places. Going from 20 kids to 20,000 kids singing your song is definitely a trip.

VM: I read about your summer in Venice where you would play up to five gigs in one day, which is pretty standard for a lot of bands during the week of SXSW. What are the most shows you’ll be playing in one day this year?

CD: I think today [Tuesday] we have about four of five, and I’m not even sure if that’s including press stuff. Last year we did a lot, and I was expecting to play less this year, but apparently that’s not happening. We’re just going to wring ourselves out like wet rags and love it.

VM: How taxing is that? After this week, do you need some recovery time?

CD: Yeah, but we don’t get that. After this week, we’re out on tour for two months, so we really have to be careful with our voices and kind of take it easy as much as we can. But, as you saw earlier, I was drinking a beer, and I think it’s technically still considered morning-time so I’m not sure how much ‘taking it easy’ will actually come into effect.

VM: Which show are you most excited to catch as a viewer this year?

CD: I heard The National was playing, here but I’m not exactly sure if that’s right or not. If so, I’d definitely like to catch that.

VM: Explain the [strategy] behind the Kickstarter the band created where you claimed the band had been “kidnapped by a record-producing kangaroo.”

CD: I’m not sure if that was marijuana-induced or what, actually. We were doing it on our own before we had a record label and all of that. We had seen some really awesome Kickstarter videos, and we just thought it was funny so we decided to do one of our own.

VM: Being that you were active participants in the Occupy movement, were you exposed to any of the extreme situations in regards to violence or chaos?

CD: No, we weren’t. We were part of the movement in downtown L.A., and I’m not sure if anything went down there, but we definitely weren’t a part of any kind of police brutality or anything like that. It seemed like political climate of the place we were at was pretty mellow. We played some songs of the steps of City Hall and whatnot to promote the peace. I would love to say that I saw something crazy happen- actually, I wouldn’t; I’m glad that I didn’t.

VM: I saw on your Facebook page that you just recently shared what the band has been listening to and/or watching lately, and, naturally Beyoncé was on the list. Are you as obsessed with the new album as we are?

CD: We’re really into it! That song “Drunk in Love” kills me.

VM: Have you seen the music videos she made for each song?

CD: Oh, yeah. Katie from the band is obsessed with those videos. Beyoncé is an incredibly sexy woman.

VM: So, what’s next for The Mowgli’s?

CD: We’re touring for two months straight after this, and then we’re recording a new album in May. After that, we’ll probably just tour again for the rest of our lives or something.