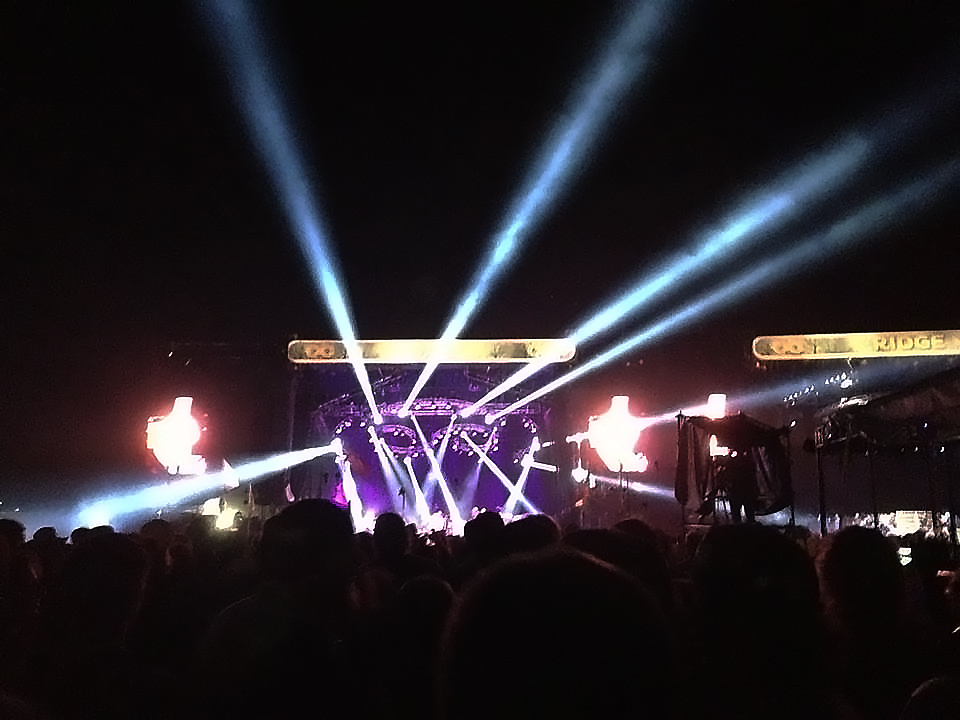 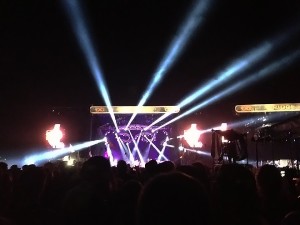 With the car in park and the engine turned off we got out of the car, grabbed some chairs, cracked open some beers and found some respite from the beating sun in the shade of a neighboring parked RV. Our collective group of friends was among many who had arrived at Oak Ridge Estate on that Virginia morning for the inaugural Lockn’ Festival. In these early hours, a sea of cars lined up in what was once a vast open field with the overall anticipation that entry into the festival and direction to campsites would take minimal time, perhaps only an hour or so. Assumptions proved wrong as that morning turned into afternoon and not a single car in the surrounding lines moved any closer to entry into the festival. As the hours passed, sunburns, frustrations, and aggravations grew as many were coming to terms with the fact that we were going to miss music we had come to see.

There is no denying that at the start of Lockn’ certain logistics had been over looked. It has been argued that as a first year festival it should have been presumed that there were going to be kinks in the production, but it was apparent after final arrival to our campsite and once inside the festival grounds that some efforts had been concentrated in nonessential areas. This Day One festival review and my other Lockn daily reviews that will follow will concentrate on the positive highlights and the incredible days and nights of music, but the unacceptable insufficiencies of planning in some aspects will not go unmentioned.

Over the four day festival there was no music overlap so that no attendee would miss performances they wished to see. Two main adjacent stages provided the “interlocking” sets and with these side by side stages, performances were able to start immediately one after the other. This set up which is rarely seen at many other big name festivals today allowed for artists to feed off of each other when starting their own sets.   Thursday’s schedule started with Keller & The Keels followed by Warren Haynes Band, The String Cheese Incident, Gov’t Mule with Grace Potter, and closing out the day was a second set by The String Cheese Incident.

The hellish “gridlockn” caused many to miss the first set of the festival. Virginia’s own Keller Williams performed with husband and wife duo Larry and Jenny Keel, and opened with a bluegrass set and Keller on his acoustic guitar. As lines of cars still crept along the festival borders slowly making their way to campsites, the soulful Warren Haynes Band took the stage for their rock and bluesy festival set complete with horns and of course Haynes on his guitar. Accompanying him on stage was keyboardist Nigel Hall, saxophonist Ron Holloway, and vocalist Alecia Chakour. The soulful set comprised of songs off of Warren’s solo release “Man in Motion” and a number of covers including Sam Cooke’s “A Change is Gonna Come” and Jimi Hendrix’s “Spanish Castle Magic” and Steely Dan’s “Pretzel Logic”

String Cheese kicked off their set in high gear with “Desert Dawn” as many fans were still filing into the venue.  A nice high energy song to get the party started. “Black and White” featured a nice jam that segued into “So Far from Home;” A new tune of Billy Nershi that has almost a country feel to it. Up next was “Mouna Bowa”, an instrumental song that really lets every member of the band shine.  They found themselves in a nice exploratory jam out of “Mouna Bowa” that led to probably the biggest dance party of the set with “Colliding.” This song has really blossomed into a nice electronic jam since its debut appearance almost two years ago. “Song In my Head” followed, another new song from Nershi to be featured on their upcoming album. Keller Williams was then brought out to sing his own “Best Feeling” which was arguably one of their best versions of this song in years. A short and to the point Texas rounded out this set nicely.

Immediately following the first of two String Cheese sets, Warren took the stage again with Gov’t Mule. As expected we heard a set filled with southern rock and blues and a delivery of songs the emulated complete passion from Haynes that seemed to captivate every listener that night. From the reggae influenced “Step Lightly” to the rocking “Broke Down on the Brazos” to the soulful “Banks of the Deep End,” Gov’t Mule was quickly becoming a highlight of Lockn’. The real magic of this set manifested when the always beautiful songstress Grace Potter joined Mule and delivered memorable covers of The Beatles’ “Dear Prudence,” Fleetwood Mac’s “Gold Dust Woman,” Crosby, Stills, & Nash’s “Find the Cost of Freedom,” and Neil Young’s “Southern Man.” With her flowing bohemian garb and powerful mesmerizing vocals, Grace Potter was an essential element in one of the most culminating musical performances of the entire weekend.

“Rosie” opened up Cheese’s second set with a bang; a newer track from Kyle Hollingsworth. The bluegrass staple “Black Clouds” followed and featured the Michael Jackson hit “Shake your Body Down to the Ground” sandwiched in the middle which was definitely a nice treat. A short drum segment built up to “Can’t Wait Another Day”, another Kyle song written for his daughter. “Bollymunster” and “Sirens” followed with an excellent version of John Coltrane’s “Impressions” that found its way in a dubbed out rendition of Led Zeppelin’s “Kashmir.” An excellent version of “Just One Story” brought this set to a close sealing the deal on an excellent first night of music.

With contributions by: John C. Anderson