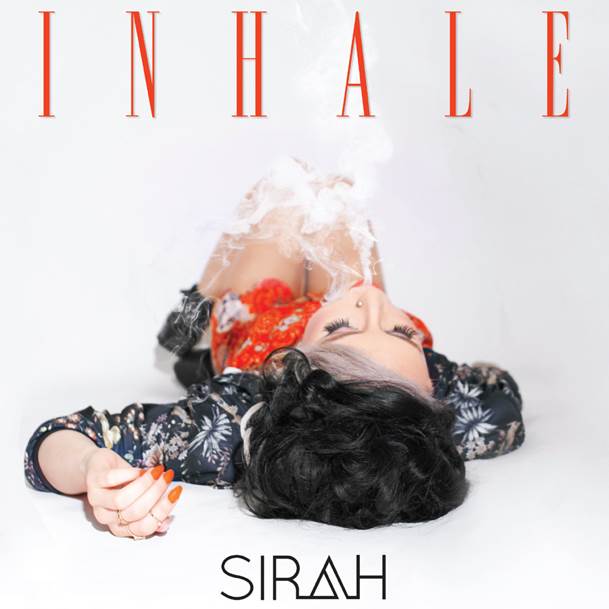 So you all remember the interview with our girl Sirah back at SXSW in March?  Yeah, well…lucky us, we got to catch up with her AGAIN for a quick phone chat to see what she’s been up to since then.  Turns out, it’s a lot.  Read below to learn about her new EP, her current tour, and her fashion inspiration (she’s a goddess, as we all know).

Here we are just a couple of months later, and you have your EP release and your currently on tour, Let’s start off by talking about your very recently released EP Inhale… What do you hope listeners of the EP will take away in regards to you as an artist?

I think people shy away from touching on a lot of things [topics], but when it’s [the music] real and to be compelled towards different genres and different subjects, I hope people take away the fact that it is multi faceted. So whether it’s happy music or dark, they aren’t different it all comes from the same place. I think that a lot of the time people limit their selves and artists limit themselves.

I want people to get to know me with Inhale. I have moments where it’s really happy and light and fun, and talking about falling in love and the naivety of being a teenager. There are things like “First Impressions” and you know you want it where there’s true real life situations that are happening there. But basically, the light doesn’t diminish the dark side of a person, it can all come from the same place.

What was the creative process for the EP like, specifically with the writing of songs and recording it?

I think it really depends, I pretty much write everyday and sometimes, “Inhale”, the actual title track to the EP came to me and wrote it in just a few minutes. The same thing with “First Impressions,” there are some pieces where you can just hear what is going on. A lot of those songs come to me. And then there’s songs like “Icarus” that I sat down with this idea that I had and that I wanted to recreate and I try to make it real. If I get stuck somewhere I’ll generally just look at other people’s art or read a book or go out and run into actual human beings.

What are some of your favorite songs off of the EP?

I think it would have to be a toss up between “Inhale” and “Icarus” for me personally. It’s tough, it feels like having kids almost, even though I don’t have kids, I love them all, but you know what I mean. All the songs are pieces of me so it’s kind of hard to be like “This is my favorite and this is why I like it the best”.

I think me and Sonny will definitely work on something in the future. It’s kind of one of those things where when I didn’t expect things to come out it did. When we got into the studio to record things it never comes out the way we want, but when I send it to him from my bedroom or we do it on the USB mic in a hotel that’s something else. I don’t know what will happen with that, but right now we’re working on each others music, so I don’t really know what to expect. There’s definitely things in the works and in terms of collaborations beyond that…

I’m not really sure, I love making music so I get excited about people whether they are big or small, or sometimes I have beats sent my way and after I check them out I’ll end up working with the artist.

You’re currently on tour with Icona Pop & K. Flay- what has life on the road been like with 3 other strong female artists?

It’s awesome, girl power up in here! I love K. Flay and her camp, they are incredible. I think it’s one of those situations where you’re living on a bus together and you can’t really imagine it going that well because it sounds like some Real World type shit, but it’s been awesome and Icona Pop is just so sweet and it’s cool. We’ll all play and then we’ll all end up dancing together through their set, and I crowed surfed the other night in Atlanta- things like that. It’s a lot of fun and it’s a fierce line-up.

We only have a couple minutes left, but your fashion sense is incredible, can you talk about what inspires your outfits and how you go about choosing some of your clothes?

Growing up in poverty will make you mad crafty. I just wear what I like whether it’s high fashion stuff or even, I was getting down in Wal-Mart the other day – they have the whole line-up of Fubu Gear, so it’s real out there. I kind of just pull things I like, and I think that depending on how I’m feeling I wouldn’t wear anything that wouldn’t express what’s going on with me, just like music.

Thank you so much for your time and we all at Vinyl Mag wish nothing but the best and success for you!