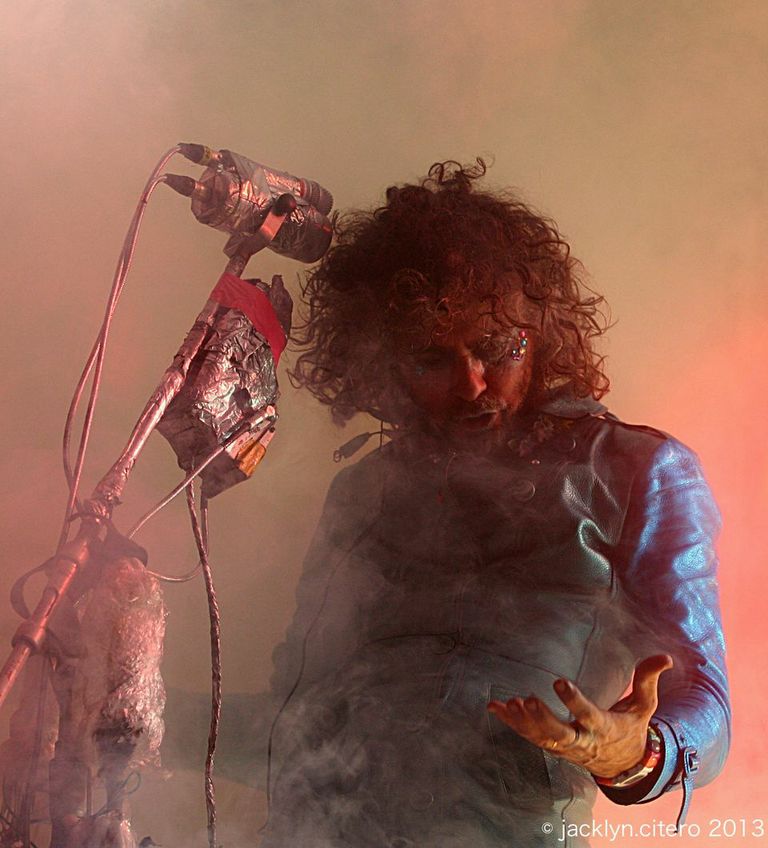 Saturday’s lineup packed in the most music and variety of the festival with acts from Shovels & Rope to Foxygen to Dawes to Matt & Kim to Jim James…the list goes on. So much to see and so little time to do it all in. The day started off with some cloud coverage, a light breeze, and a smoother entry into the festival grounds.

Needless to say, even though the day started without a hitch, the weather had a plan of its own. With the sun shining and not a dark cloud in sight the festival was evacuated around 4:40PM for about an hour after the National Weather Service issued a severe thunder storm warning cautioning wind gusts up to 60 MPH and hail. With neighboring Indiana close by and the 2011 Sugarland stage collapse still heavy in the heart of the music industry, the evacuation, although annoying to some, was an appropriate call on behalf of festival organizers.

The evacuation caused a shift in the schedule and sets were pushed back nearly 45 minutes to an hour past original start times. Conflict caused by this shift occurred for those hoping to catch headliner The Black Keys and make it to one of the late night shows as those had and maintained their original start time of midnight. Besides this minor hiccup, Saturday proved to be one full of impressive music and one of the best days of the weekend.

While taking in the sights and sounds of the Forecastle grounds I came upon AMTRAC laying it down on the Red Bull Music Academy Ocean Stage, an afternoon party under the freeway if you will. Full of diverse remixes, and house with disco sounds, he set the tone for the Ocean Stage for the rest of the day. Acts to follow on this stage included  MNDR, TOKiMONSTA, Nosaj Thing, and the festival favorite Matt & Kim.

This South Carolina duo served up an afternoon set full of Southern rock, blues, and rock ‘n’ roll. The stage presence, charisma, and chemistry between was mesmerizing and sucked the crowd deeper into their songs- Then again they are husband and wife. Shovels & Rope kicked Saturday off on a high, toe tapping, southern note and treated us to set that left us pleasantly surprised and wanting more. (P.S. Please come to Athens, GA? Thanks!)

You must be doing something right if Wayne Coyne (The Flaming Lips) shows up to watch your set. Part musical experience and part theatrical performance, Foxygen delivered and the crowed enjoyed.

“WE LOVE YOU BRITTANY!” resonated throughout the crowd before the Shakes even stepped on to the Mast (main) Stage that Saturday evening. A jam packed crowed stretched the entire width of the grassy field and far back past the soundboard. It seemed that this was the largest crowd the main stage had seen so far all weekend. As the Alabama Shakes took the stage a huge smile came over lead singer and guitarist Brittany Howard. Throughout there set which consisted of, “Rise to the Sun,” “Hang Loose,” “Hold On,” I Found You,” “Boys and Girls,” “Be My Baby,” and “I Ain’t the Same,”  Brittany conversed with the audience, not to fill, but to simply interact. Howard’s demeanor was that of appreciativeness and delight and the crowd fed off of her enthusiasm for her craft.

I can always respect someone who can curse like a sailor and make it sound classy and fun. First impressions of The Joy Formidable were literally, “Shit, I’d love to be friends with these people.” Saturday was my first time being introduced to The Joy Formidable which was formed in North Wales in 2007. The energy produced by this trio was high and unexpected for that early in the evening. They performed their song “Whirring” and some others off of their The Big Roar (2011) album and a mixture of new material. This set was a highlight for me this past weekend and would absolutely loves to see The Joy Formidable again.

Wearing his infamous purple suit, My Morning Jacket’s front man Jim James  took the Mast (main) stage and started off the set with “State of the Art.” From twirling around stage, to head banging and shaking is flowing hair while shredding his guitar, to raising his golden bear to the heavens, and his backing band bringing absolute heat, his stage performance was complimented with the sounds of James’ debut highly acclaimed solo album Regions of Light and Sound of God. He closed out the set with a memorable “Let It Be Cover.” Leaving his set, and after seeing him in action for the very first time, I understand what all the hype is about, I totally get it now.

Lighted tentacle tubing flowing the length of the Boom Stage up to a raised platform, LED screens behind, white smoke filled the stage, and out of its depths Wayne Coyne emerged with a fake baby doll in his arms. Like a king of some weird alien alternate universe Wayne enchants the crowd with his spectacle from atop of his pedestal. From using a search light to shine onto the crowd to blowing bubbles The Lips’ set was a delight to the eyes, but also music to our ears. The set included  “Look…The Sun Is Rising,” “The W.A.N.D.,” “Race for the Prize”, and the DEVO cover “Gates of Steel.” And for those not that big of fans, yes they played “Do You Realize??”

Late night. Cheese. The Louisville Palace Theater…need I say more? It was hard to go to a show like this and not have high expectations or feel like you were about to experience something “special”  Although there are mixed reviews from fans alike concerning the song selection, personally I was down to hear anything and was just ready for a good time, and apparently so was everyone else around me. Personal highlights included Orange Blossom Special and Just One Story. I could not have picked a better ending to day two at Forecastle than with e a Cheese show at the historic Louisville Palace Theater.