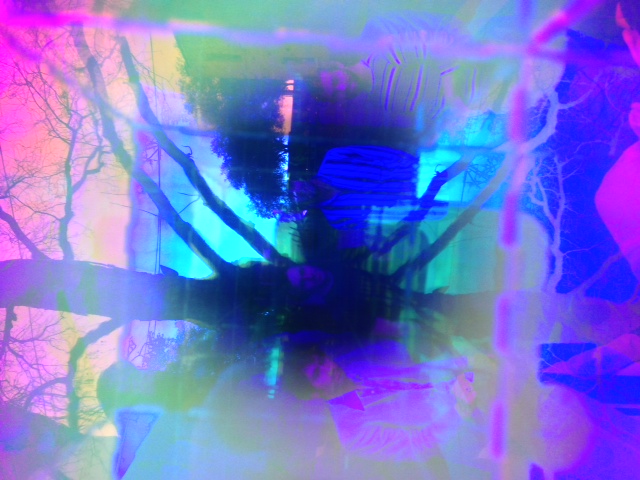 By the time I stepped off of the plane and onto Austin soil for the first day of SXSW, I had about two hours (give or take) to unload, unwind, and head downtown to meet with Los Angeles natives Allah-las. Tucked away in the corner of Sixth and Rainey Street, sipping our peach berry lemonades and basking up some Texas-style sunshine, I sat down and got to mingle with and pick the brains of these four ridiculously talented guys. These modern-day Beach Boys not only exude California in their music, but their laid back mannerisms and welcoming demeanor perfectly lived up to the expectations I had set for them based on their music alone. After some pre-interview chatter (discussing subjects such as soup houses, the Maury Povich show, and bird phobias), we got down to business. So now, I will waste no time in presenting you with…THE BUSINESS.

Vinyl Mag: Have you ever played SXSW before?

VM: Who’s set are you interested in seeing this year?

AL: We’d like to see Unknown Mortal Orchestra, Blank Tapes, Foxygen…there are so many. I was just going through the pamphlet today to look into it.

VM: As a collective, where do you draw your musical influences from?

AL: Well, we draw from every decade- but a lot of 60’s stuff. The 60’s were a good decade, not just for rock and roll, but for lots of other genres, too, like folk, garage rock, and world music. But we tend to draw from all across the map. Sometimes we’ll like certain tracks just because of the way that the drums sound or if there is a flute- we’re always looking for a good flute part.

VM: How do you feel that social media outlets have helped you as a band?

AL: I guess social media helps everything, really. It’s an easy way to spread your name around and reach masses of people. We run ours ourselves- it’s not that overwhelming.

VM: For the 3 applicable members, what was the transition like from working with Amoeba Music to now touring and making your own music?

VM: What was the reasoning behind switching from Pres Label to Innovative Leisure?

AL: It wasn’t really a switch- Pres Records was our friend Nick Waterhouse’s label, and then another label got interested in us and we just kind of went with that. It was very casual with Pres- it was more so just a name to put out the record. He had his own little label, but we both joined with Innovative Leisure.

VM: Where did the name Allah-Las come from?

AL: It started just as something that sounded good and we thought it was clever. We’ve found out that it has many other meanings that we weren’t even aware of. Like, it has L- A in it a bunch of times, and we’re from L.A. A lot of people shorten us down to “The La’s”, which was already a band, but I like that.

VM: Who does the lyrical writing for the songs?

AL: Mostly Miles does the lyrics, but we all have our contributions throughout the record.

AL: After this we’re going to do a small, mostly east coast tour with Black Angels, and then we’re going to go to Europe. We’re also planning on finishing and putting out an LP, which should be out sometime around early August or early fall.