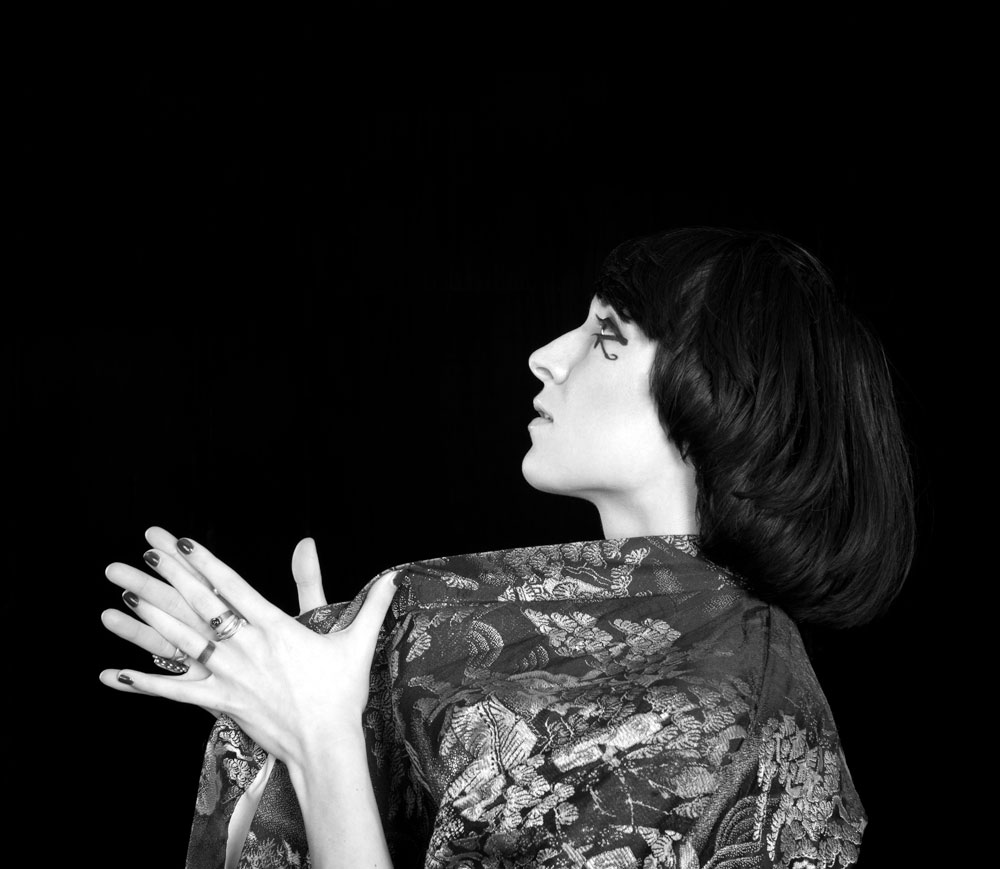 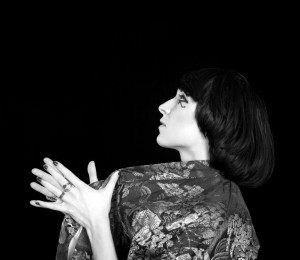 One thing I came to realize after being at SXSW was that my life-long battle with having no sense of direction (in navigational terms, of course) was going to be an issue. Growing up on a 10-mile long island has definitely spoiled me, as I have become accustomed to knowing every in, out, and shortcut to anywhere I needed to go; Austin definitely threw me for a loop in that sense. I quickly realized that knowing where you need to be is one thing, but getting there is the real battle.

Finally I stumbled upon Red 7, where Heather Fedewa (aka Hether Fortune) from Wax Idols, in all of her hot –leopard-pants glory, greeted me.  I grabbed a beer, and we headed outside to conduct what I considered one of my most personable interviews of the entire experience. This girl keeps it really real. How real, you might wonder?  THIS REAL:

Vinyl Mag: How do you feel the show went?

Heather Fedewa:  It was good; I’m really sick, so I was pretty like…’bleh,’ but it was good!

VM: How did you collaborate with Shaun Durkan (The Weekend) to do the album artwork for your past three releases?

HF: Well, that’s a great question; I’m glad you asked about that. Shaun and I have been friends for a long time, and when I was about to put out my first 7” I just wanted to work with him, because I knew that he was a really talented artist and graphic designer. We figured out quickly that we worked together really well, so we decided to create a ‘thing’ as partners, art-wise. So then he did the full-length record with me, No Future. He also used some of my collage work for their last EP, Red, and we just kind of went from there. Every time we do something, it gets a little crazier and crazier- it’s cool. He’s one of my best friends. I’m really excited to see him at SXSW, actually. He moved last year, and I never get to see him anymore, so I’m really excited to see them later.

VM: Are your musical influences actually drawn from the musicians that you seem to be constantly compared to?

HF: Yeah, I mean, sometimes they get it right. The thing is, I think it’s really easy for listeners and writers to kind of pigeonhole bands, because it triggers stuff that they’ve heard before, which is okay. Do I love The Cure and Joy Division, and have I listened to them since I was 14? Yes, absolutely.  But, I don’t know.  I don’t listen to The Cure and Joy Division all the time. I think I listen to Nick Cave probably more than anything else. He influences me in different ways, though, because I don’t write the same way that he does. He influences me to think differently lyrically.

HF: With this band, yeah.

VM: Who are you interested in seeing while you’re here?

HF: We’re trying to find Nick Cave. We won’t be able to get into his show, because we opted for the money over the wristbands, because we’re broke.  But it’s cool, because he’s playing in San Francisco soon, and I’ve already got tickets. We’re going to try to find him, though. I also wish I could see Prince, but we won’t be able to get into that one, either. I’m excited to see The Weekend at the Slumblerland Showcase, and Girls Names, as well.

VM: Do you personally keep up with your own social media? Who runs it?

HF: I do. I run all of it. I’m an internet whore. When it comes to how the band is represented visually and online, it’s definitely my thing. I totally push it- my Twitter is outrageous. I’m pretty outspoken, and people get mad at me a lot, but I feel like so many bands and artists are so pre-packaged with their responses; they’re trying to put on a façade of being a certain way. So with us and with me, what you see is what you get. That’s it. I don’t apologize for any of it.

VM: Do you find it helpful, hurtful, or irrelevant to be an up-and-coming band from California, being that California seems to just breed musicians?

HF: I don’t know. I don’t pay attention. I don’t care or think about it. I would be doing what I’m doing no matter where I was; California is just where I kind of ended up. I grew up in the Midwest, so I grew up always being like ‘f*ck Californians, spoiled brats!’  Blah, blah, blah. But it’s home, now. Well, Oakland is. Not L.A, not San Francisco – definitely Oakland. It reminds me of Detroit. I’m not sure whether it hurts or helps, but I think probably my attitude and my big mouth hurt us more than anything at times.  But can’t do anything about that!

HF: We’re going to be touring a lot. My plan is to make two back-to-back EP’s that like, everyone will hate. And I really enjoy doing that. I don’t like to repeat myself. I’m really looking forward to making some records that a lot of people will really not like at all- I’m excited about that. I’m excited to tour and play. We have this new drummer, Rachel, who is phenomenal so I’m excited to grow with her in a live setting because it gets cooler and cooler every time we play together.