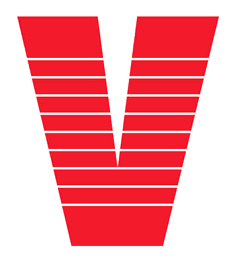 After much anticipation, Los Angeles punk rock band The Bronx has broken a five-year musical hiatus and released its fourth studio album, The Bronx IV, which dropped today. The Bronx has been an underground staple in the hardcore scene for over a decade, and this record seems to pick right back up where the band left off, with four of the five founding members still on board and the addition of (bass guitarist) Brad Magers, who joined back in 2007.

The Bronx has shared the stage with artists like Fucked Up, Mastodon, and The Refused, and the band toured the 2008 Vans Warped tour in its entirety. To add to the rad, their side project, Mariachi El Bronx, has been recognized by The LA Times, NPR, and Pitchfork (and, of course, Vinyl Mag).  Clearly these guys have been doing something right – and this album is no exception.

Opening up the album with “The Unholy Hand”, The Bronx IV retains every bit of high energy that these guys have exuded for years now, religiously “metaphorizing” the price you pay for success with their lyrics “Are you the Anti-Christ or the Holy Ghost? Do you want to die or just come real close?”. The album then smoothly transitions into the second track, “Along For The Ride”, which sings of settling into the familiar, reflection of the past, and complacency as a whole.

Track 4 on the album, “Youth Wasted”, jumps right back into reflection mode, opening the track off with “The truth is, the truth still hurts”. There’s no arguing that, is there? “Sometimes the best laid plans will still end with blood on your hands” makes up almost the entirety of the song, but somehow the repetition is appropriate.

The energy of the record maintains its old-school, fast-paced feel with the following tracks, “Too Many Devils” and “Pilot Light”, but then it delightfully flips the script with the seventh track, “Torches”.  As a whole, “Torches” is notably slower than the entire album, setting a somber tone and bringing you back down a few notches on the intensity scale that the first half of the album inevitably carried you to.  It signs off with one quote-worthy phrase: “You cannot change the life you want to live”.

Aside from “Torches”, the album continues to pay tribute to its punk rock origins, keeping the pace amplified and the lyrical content brutally honest.

If I were to guess, the 12-song eponymously titled album will please and appease the former fans and (undoubtedly) attract some newbies. In the day and age of musical rebirth from album to album, there is something refreshing about a band that continues to stick to their roots and what they know. Punk rock personified is probably smiling down (or up) from somewhere right now knowing that hardcore is in fact not dead, but rather very much alive.