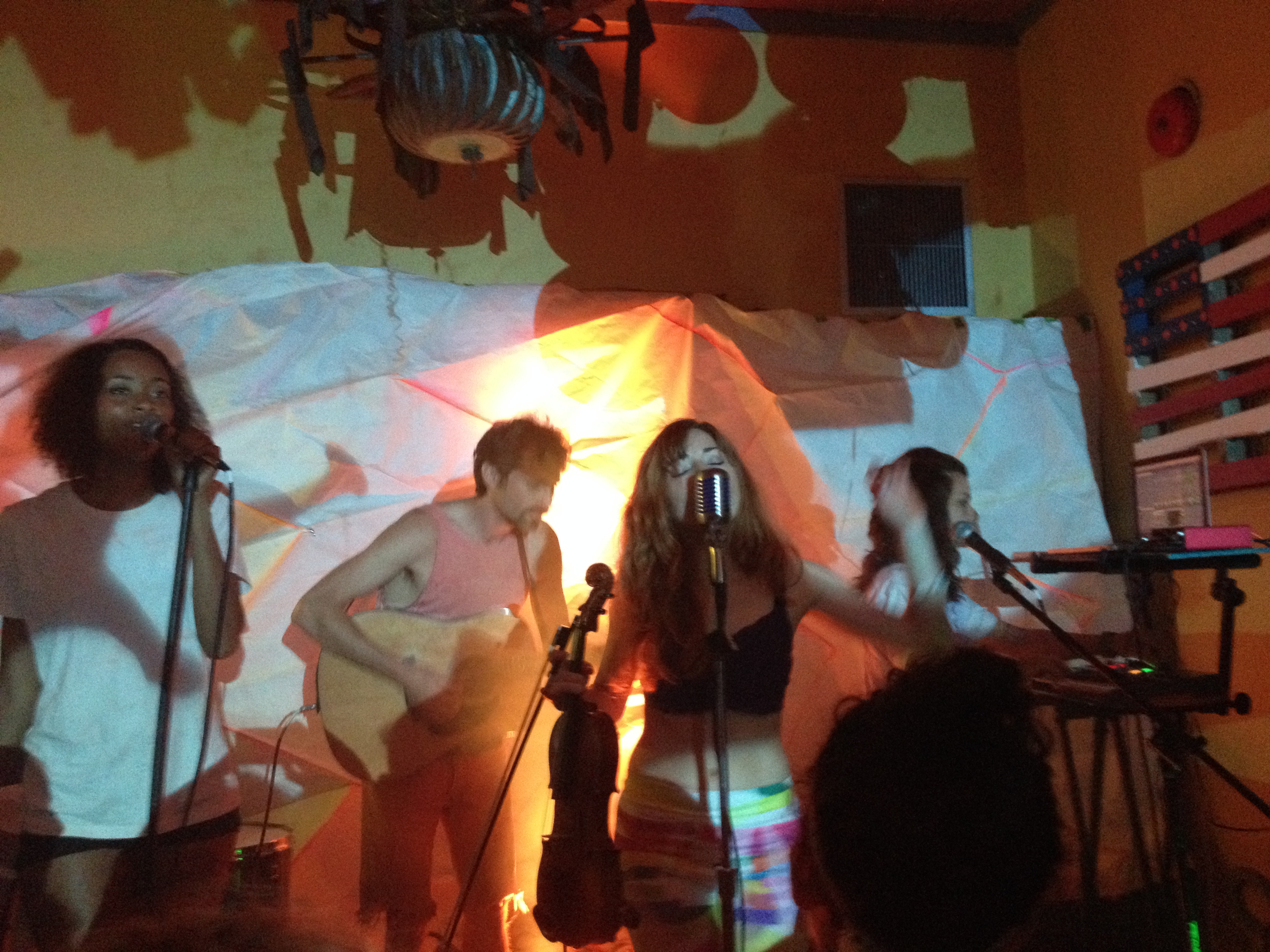 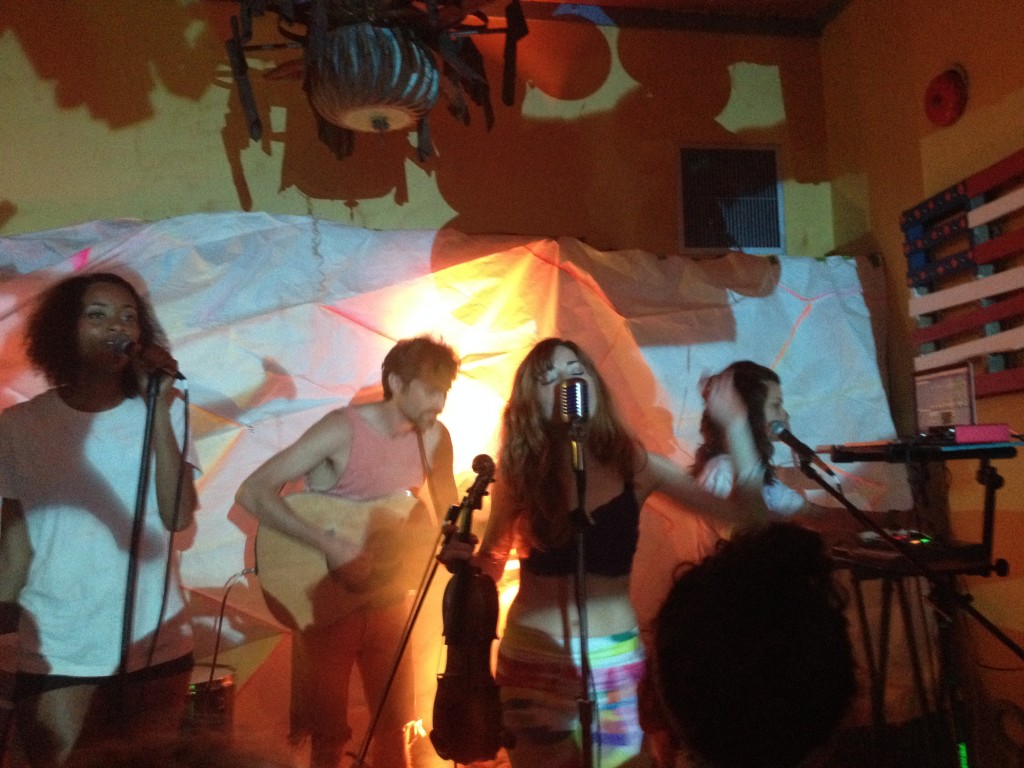 I got the chance to talk to Athens’ own Powerkompany during Saturday night’s portion of Athfest.  Guitarist/vocalist Marie Davon (Venice is Sinking) and guitarist/violinist Andrew Heaton (Packway Handle Band) sat down with me after their show at the World Famous to talk about the bands’ dynamic, where they’d like to see Powerkompany going, and their love for Athens.

Vinyl Mag: First off, I was trying to get into the World Famous in time to catch your set, and it was one in, one out. You had a packed house during Athfest!

Marie Davon: Oh, really?! It was so, so amazing in there. Really good energy.

VM: And the crowd definitely felt the same way! I was talking to the people around me, and they all said they had seen you before and were raving about your voice, Marie. They had all seen you play in Athens and Atlanta a few times before. So what’s it like playing during Athfest versus your own shows?

MD: It’s always different during Athfest. It feels like there’s more love. It feels like a family reunion. Every year, you get to see all of your friends, because usually they’re all touring or just being reclusive. That’s like us – very reclusive. We’re always either on tour or at our house.  Not to mention there are different people out, too – people that wouldn’t usually be out to see a show.

VM: I noticed you had a keyboardist. In the past it has just been the two of you performing. Are you guys trying to expand and create a different stage presence?

MD: I’m really into musicals and plays and stuff, and I have had the luxury over the past couple months to have the time to dedicate to live performances, so tonight was kind of a rehearsal for continuing on and doing more.

VM: I was also really impressed with your stage set up with the balloons and backdrop. They were all very beautiful and ethereal and tied into the beautiful vocals and violin the both of you were playing. Who has the creative direction in the band?

MD: I guess I am technically the creative director, the main song-writer. Andrew is my editor, producer. Because of the lack of band members right now, we have to somehow figure out a way to play with a drummer who doesn’t exist. So we both really get to experiment and play around. We’re actually scientists. We’re doing music because it is our passion now; it’s almost like a science. The old-fashioned kind of experimentation, making electricity and making things pop.

Andrew Heaton: What ends up happening is she writes the songs and then she brings it to me, and…I put it altogether and add the backing tracks.  She’s at the point. She’s at the front. She writes the songs, brings it to me. I will produce things that I think will work well both for the live set and when we’re recording. Sometimes those are similar, sometimes those are different, and then it will bounce back to her, and she decides how it will be expressed on stage visually.

VM: It’s refreshing seeing something different than the typical band set up.  Between the two of you and Jillian, the keyboardist, it kept my attention more than some of the other talent I have seen during Athfest, where a lot of the five-piece bands all sound pretty similar. You guys have a comfortable stage presence. Where are you trying to take the band from here? Are you trying to get out of playing in Athens and Atlanta?

MD: In the past two years, we have been developing our sound, we have been doing small weekend tours, or we would take a week up to New York and back, but it’s been mostly regional shows. Ideally, it would be amazing to go on tour with someone like, in our wildest dreams, Kishi Bashi or Lykke Li or Grimes. People we look up to but we also feel like we have a comparable, yet different sound. We have such an odd, eclectic sound, and it’s very hard for us to find people to tour with. With Kishi Bashi and him living in town, it’s like a dream come true.

I played on of Montreal’s last album, so it’s cool being in Athens, because we do run into people who are national acts, and that is our goal. It’s a great place to live. As an artist, it’s perfect, because you can go on tour and come home and not get bombarded with daily life. You can lock yourself in your room in your house and then work. And then go out.

AH: Seriously. There’s like 10 million people in New York City, right? And we all know of some bands that come out of New York and get really big, but not really the proportion it should be. We’ve got 120 thousand people in Athens, and the number of bands…there’s so many!

MD: Sometimes, we’ll play on a random night in Athens, and there won’t be very many people there, and that’s fine because we get to use it as a practice. That’s another plus in Athens – you get to break your new material to not very many people.

Be sure to catch Powerkompany on their current tour!  Really. You want to. 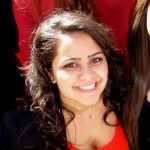