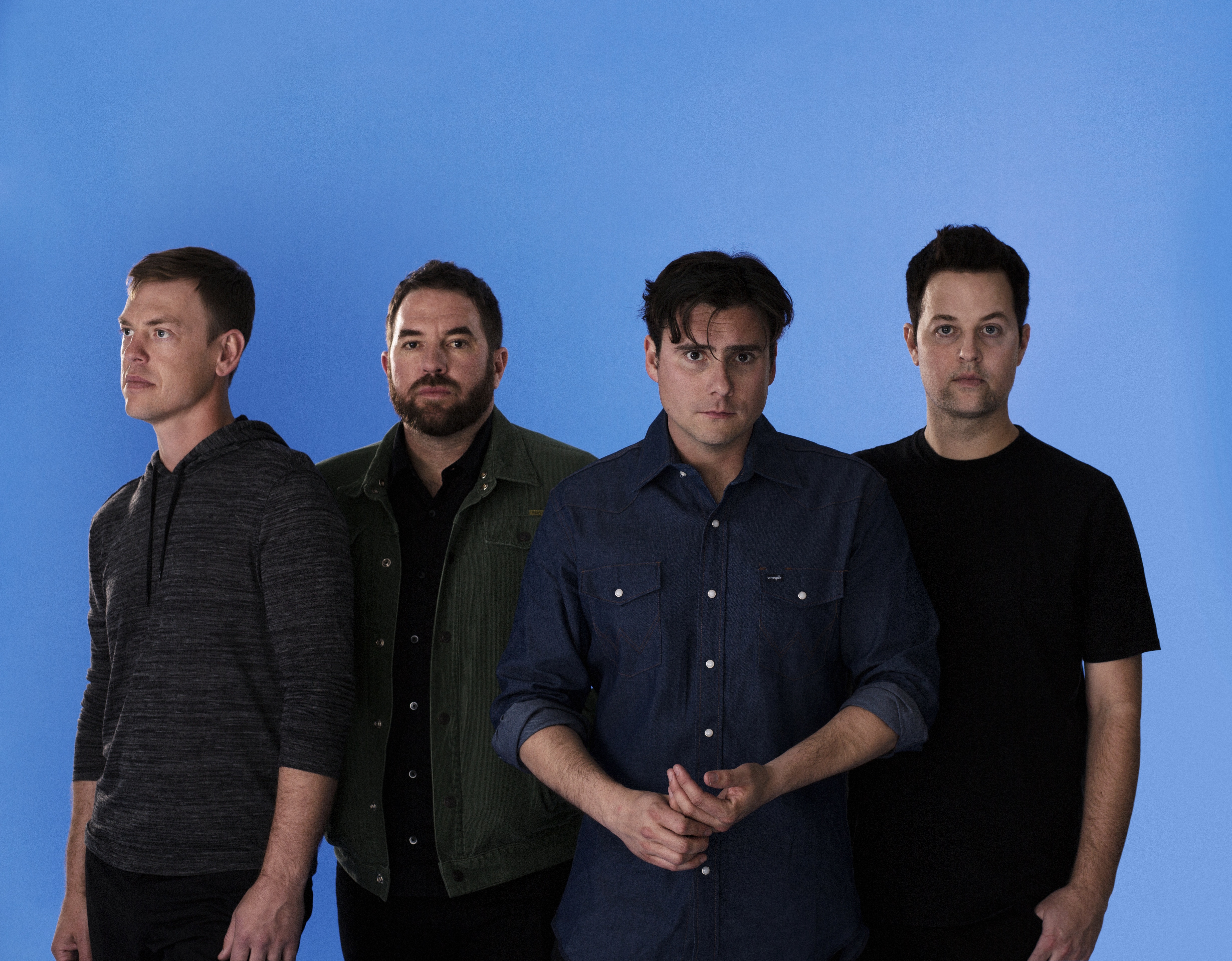 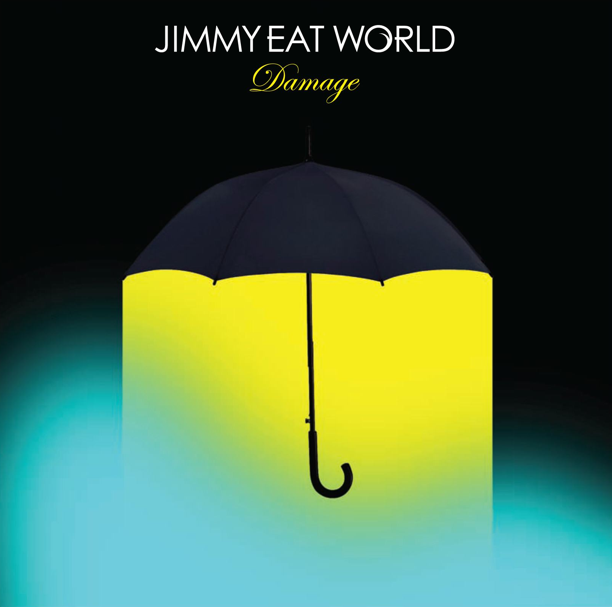 It finally happened.  I got the chance to interview Zach Lind from Jimmy Eat World.  There is really no way for me to write as anything but an obsessive fan on this one, so I’m going to make it short and sweet.

Those of you who have been long-time readers – or new readers who have traveled back to our very first post – know that Jimmy Eat World is one of my favorite bands of all time.  So you know that I was having one of those #bucketlist #icandienow #thatjusthappened #isthisreallife moments during this entire interview.

Amidst my obvious gushing and fangirling during my phone chat with Zach Lind, I managed to get the deets (can’t believe I just said ‘the deets’) about JEW’s new album, Damage, as well as their current tour, Zach’s drum inspiration, and how they manage to keep things fresh after 20 years as a band.  Enjoy.  I’m going to go call everyone I know.

First, I just wanted to know – are you excited to be back on tour?

Yeah. We were home for a few days, and now we’re out again. We have a show tonight in California.

How has the audience response been to the new album?

How do you choose the set list? I’ve noticed you’ve been adding older songs you haven’t played much before.

Do you have a favorite song to play?

Right now, I really enjoy playing “Appreciation”, with the ups and downs.

Is that your favorite song off Damage?

Not necessarily; it’s just a fun song to play. There’s just something about that song I like a lot. My favorite song would change depending on my mood.

What was the recording process like? Is it a piece of cake by now or do you still have difficulties getting it to sound like you want it to?

I think every album is a challenge. I think as we get older and more experienced, it makes certain aspects easier. But we also start discussing things we didn’t when we were younger. When we were younger, we just went to the recording studio and just kind of made a record and whatever. But now, we pay attention to the little details that go into it. We try to use our experience to make each song as good as it can be. Some songs are easy and some songs are really hard, it just kind of depends on the record. Every record is a challenge.

Do you guys do any recording yourselves when you make an album?

The last few albums we’ve done on our own. There are some good aspects to recording on your own. This record, though, we went to LA; we had a gut feeling that we wanted to get out of town and go somewhere else to have someone else man the reigns. We felt really great about the process and the experience.

What is the most satisfying aspect of being in a band?

I think primarily, for us, the most important element of what we do is making records. The most satisfying thing is seeing a record come together and feeling good about what you’ve done. There’s a certain amount of banging your head against the walls in order to get the record and get the songs to sound the way you want them to. Of course, touring is great and playing for our fans is fun. But at least for me personally I think making a record, and the feeling of being done with a record you’re really proud, of is probably most important.

Is there a certain tone or ambience you try and create on your records or in your live shows?

I think for us, it’s sort of a song-by-song basis. For each song, there is a tone you want to achieve and an overall vibe you want to create. I think for us, we approach it song by song. For live shows, we try to put together a set list our fans will like. We don’t talk too much during a set, we just keep it simple and that’s it.

Jim said he went back to Clarity for influence on the sound and structure of Damage. Did you do the same thing? Or did you look somewhere else for influence?

I can see that; Jim is sort of the grand catalyst in what we do. More times than not, when we start working on a song, it’s something Jim has sort of structuralized. I can see that, and that’s how we make some songs. The sort of logistics of it, how we tracked it, but this is definitely a different record. I think this is more stripped down and natural throughout.

I feel like a lot of Jimmy Eat World songs are drum-based or drum-driven. When do you bring the drums in?

Do you have full creative control with drums?

Yeah, it’s a group effort when we make records. If someone thinks something doesn’t fit, I’m always up for trying different stuff and making sure what we’re playing makes sense with the song. For the most part, each of us is open to taking suggestions from the other guys. I think we have a really good working relationship in that way.

Does anyone ever come in with a Garage Band drum machine and say, ‘do that’ or do you just come up with everything?

No, no it’s not like that at all. There are some times where Jim will have a drum idea, and I think that’s kind of cool. I’m just trying to find the thing that works best for the song. If Jim just sort of conceptualizes the song in his head, and hears a certain kind of drum beat, that helps me. Even if I don’t end up playing that drum beat, it helps me to know where he’s coming from and know what his initial thought is. Sometimes I’ll just scratch the idea and not use it at all. There’s actually a song on Invented…the title track, “Invented” – Jim played drums for the first half of the song, and I played the second half. That was sort of my suggestion, and it worked out really cool.

I read that your label didn’t even hear Damage until you turned it into mix. Have you always had complete creative control?

Well, we didn’t have a label until we were done making the record. So Damage was already done and we tried to find a label.  Yeah, we can do whatever we want, and there’s never really anyone telling us we can’t do that.

You’ve been doing this for 20 years now, and you’re still delivering really fresh, original material. You’re also staying true to the classic Jimmy Eat World sound. I feel like a lot of the bands that started when you did – and are still around – seem to have sacrificed their sound to cater to new audiences. Are you guys consciously avoiding that pitfall, or does it just naturally come out that way?

I think it’s sort of conscious. The way we work is, for the most part, not trying to attach ourselves to these outcomes that we can’t control. We just want to make it interesting to us. What interests us has changed a little over the course of 20 years. We don’t go into a record saying, ‘We’re gonna make an album that’s more electronic,’ or, ‘We’re gonna make an album that’s more hard rock.’ We sort of write a bunch of songs, then pick the best ones, and those go on the record. It’s pretty simple and we keep it like that. That’s how our process is.

So there’s no Jimmy Eat World dubstep album coming out?

I feel like there’s a Jimmy Eat World song for everything that has happened to me in my life. I have had people ask me what band would be the soundtrack to my life, and I have always said Jimmy Eat World. Do you listen to your own music or feel that way about your own music?

I guess it’s a little different, but every album sort of represents an era of our band’s history. It’s not in a soundtrack to my life sort of way, but more of a, ‘if you could describe every three years of your life and what you were doing at that time and what your interests were’ way. Every album sort of represents a different period of time with the band. I honestly don’t listen to our music that much apart from playing shows.

Do you have any artists that you would consider the soundtrack to your life?

Oh yeah – U2 and REM are bands that I would see that way.

*Be sure to hit them up on their current tour, and don’t forget to grab your copy of Damage, out now!