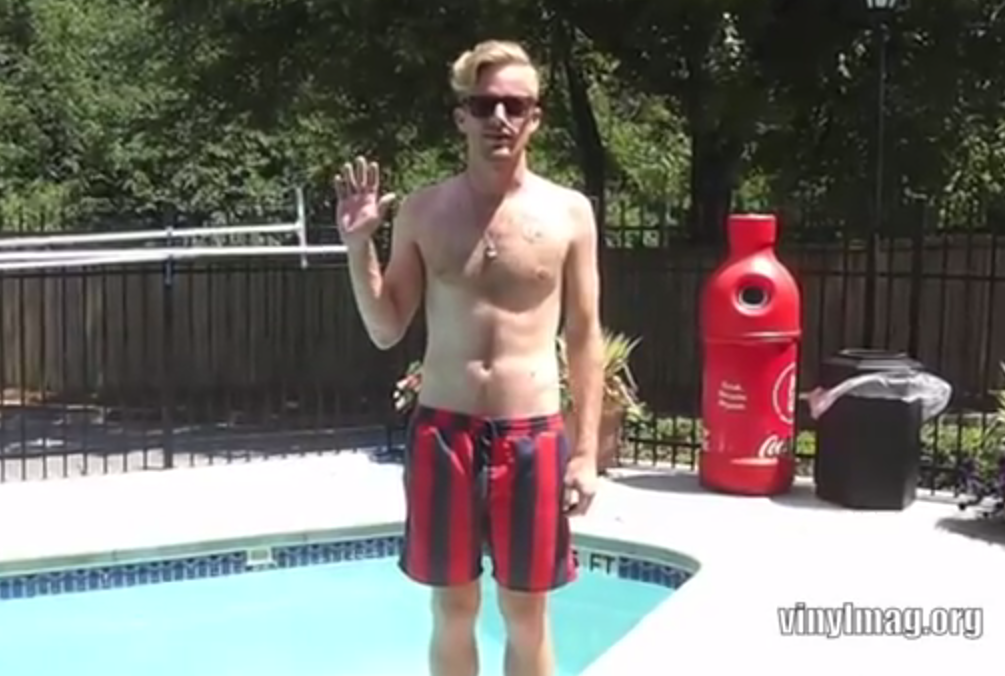 Charles Andrew Bothwell- a.k.a. Astronautalis- is one of the most interesting people in the world (right up there with the Dos Equis guy).  He is one of those people that always has something to say, and it is always something you want to listen to and know more about.  Really makes interviewing him effortless and downright enjoyable.

Andy was in Athens this past weekend performing and MC-ing for the Team Clermont 15th Anniversary Summer Showcase & Prom.  While he was in town, I got the chance to reunite with him for the first time since our first interview.

After meeting up at his hotel and getting hooked watching Olympic women’s archery (really intense stuff, people), we headed over to the pool to chill out and get our interview on.

So here it is!  Astronautalis talking about what’s been going on since our last interview, new collaborations, musings on Eastern Europe, getting robbed in Atlanta, and his upcoming tour and album (I also think it’s important to note that this is his first ever shirtless interview. Proud.).  Enjoy! I know I did…

2 thoughts on “Hanging out poolside with Astronautalis”