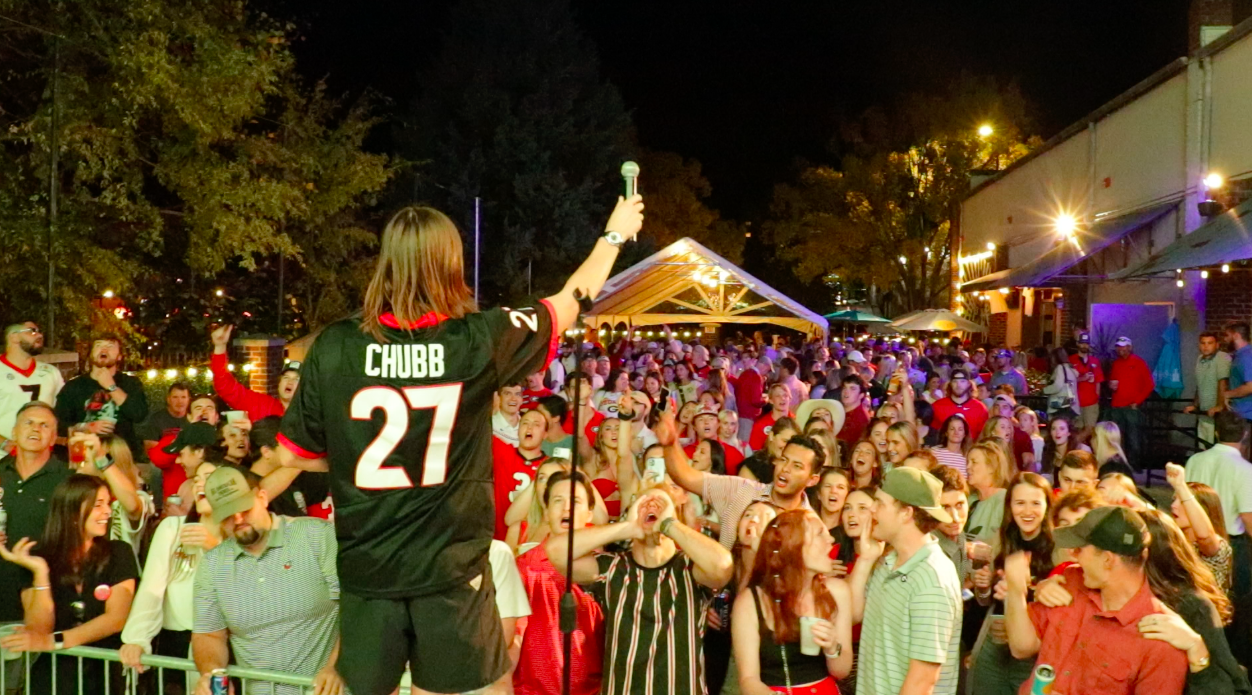 This past Saturday, directly after the Dawgs secured yet another win, Jameson Tank took the stage at Paloma Park. Let me preface this review with a disclaimer: I turned 21 last Sunday, so this was my first game day where I could legally drink. How that influenced my experience of the show is up to you to decide.

With that out of the way, the show was fucking awesome. You knew they were either gonna be amazing or the worst thing you have ever heard from the moment they came on stage. The band’s eponymous frontman Jameson Tank (full name Jameson Tankersley), indistinguishable from the sea of frat boys in his Georgia jersey and athletic shorts, but for his shoulder-length straight hair, reminiscent of Gregg Allman during the Allman Brothers Band’s heyday, was front and center. Next came lead guitarist Bryce Burnette. Before I give you this man’s description, I want to tell you that I had just started drinking when I saw him and am confident my description is fair and accurate. That being said, this man looked like a Guitar Hero avatar come to life: red, cheetah-print motorcycle jacket, a mess of curly hair so long it obscured everything but his mouth, and a cigarette that I’m sure he smoked purely for aesthetic purposes. In contrast to Burnette is the band’s drummer, Conner Ankerich, who I can only describe as looking kind. He seemed like the golden retriever kind of frat boy rather than the rapey kind. Rounding out the foursome was Javier Solozardo on bass. He looked like a man who watched a lot of TikTok during quarantine and took note of what girls liked. Fluffy hair that seemed to float when he moved, painted nails, a patterned, short-sleeve button-up shirt, well-groomed beard, and a single gold earring for good measure.

Before Jameson Tank played a single note, I could tell Tankersley was well versed in how to work a crowd. He looked at the mass of day drunk UGA fans and instantly saw the best way to get them on his side: Call home the dawgs. The familiar chant, with its closing bark, instantly connected the crowd to him and set the basis for an amazing performance.

They kicked off their set with some classic rock with Queen’s “Fat Bottom Girls” and Ozzy Ozborne’s “Crazy Train” before starting their run of early 2000s tunes with a cover of The Red Hot Chili Pepper’s “Scar Tissue” that has every white male in a golf shirt (which made up well over half the crowd) eating out of their palms. Throughout the night they covered a wide range of songs from SmashMouth’s “Allstar” to Olivia Rodrigo’s “good 4 u.” What all these songs had in common was that almost everyone knew the lyrics and could sing along.

They were also sure to intersperse two or three original songs throughout their set. I’ll be honest that man could have been reciting the Declaration of Independence into the microphone, and I would not have known. The combination of guitar, drums, bass, and Georgia fans ranging from tipsy to blackout effectively ended any chance I had at making out a word he was singing. However, I am optimistic it was catchy as hell because the music was amazing. It evoked a sense of the vinyl-era classic rock they’d been covering all night with a dash of early 00’s pop-punk that helped the song pack the extra punch needed to get the crowd jumping up and down to a song they’ve never heard, and if they’re anything like me, don’t know the name of.

I think the show was so enjoyable because every one of those boys knew what live music is about more than just the music. It is about how an artist can engage, excite, and energize the audience, and Jameson Tank was able to do just that. I started the show sitting at a table with a good view of the stage; four hours later (and yes, they played for four hours straight), my calves were sore from jumping up and down for the past 3 ½ hours with my voice strained and raspy from singing along. The group, particularly Tankersley, lacked the awkwardness I’ve found inherent in a lot of newer artists’ live performances. He was able to transition the band and the crowd from one song to the next without awkward pauses and, in doing so, kept the audience growing until I was being pushed by those trying to get closer (and to be honest doing a bit of light shoving myself). Overall, I had an absolute blast, which is exactly what I wanted from the show.

Listen to Jameson Tanks’ original music on Spotify or Apple Music, and be sure to catch them playing Warehouse on November 12.

Side note: Towards the end of their set Solozardo, who had only sung a song or two, provided lead vocals to the band’s cover of AC/DC’s “Thunderstruck” that literally caused my jaw to drop. I swear to god, the ghost, the very essence of Brian Johnson (who is very much alive) entered Solozardo while the rest of us chanted “thunder.” It was unreal. I feel we may have been bamboozled, and Solozardo was doing some very convincing lip-synching while Tankersley worked a boombox. That is the most logical explanation for what I heard. Well, that and that I had my first long island iced tea about thirty minutes prior. 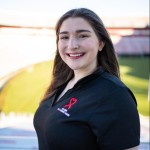