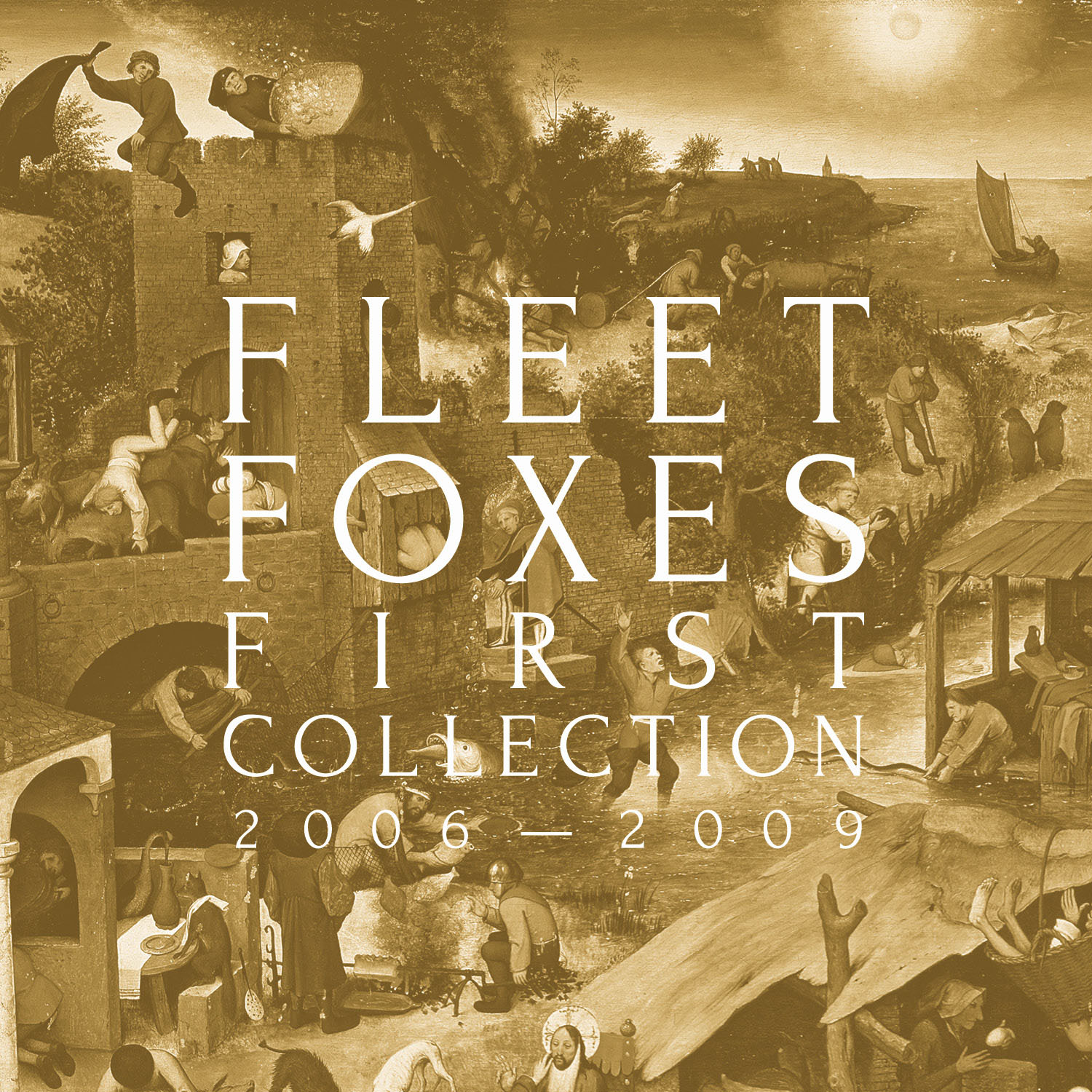 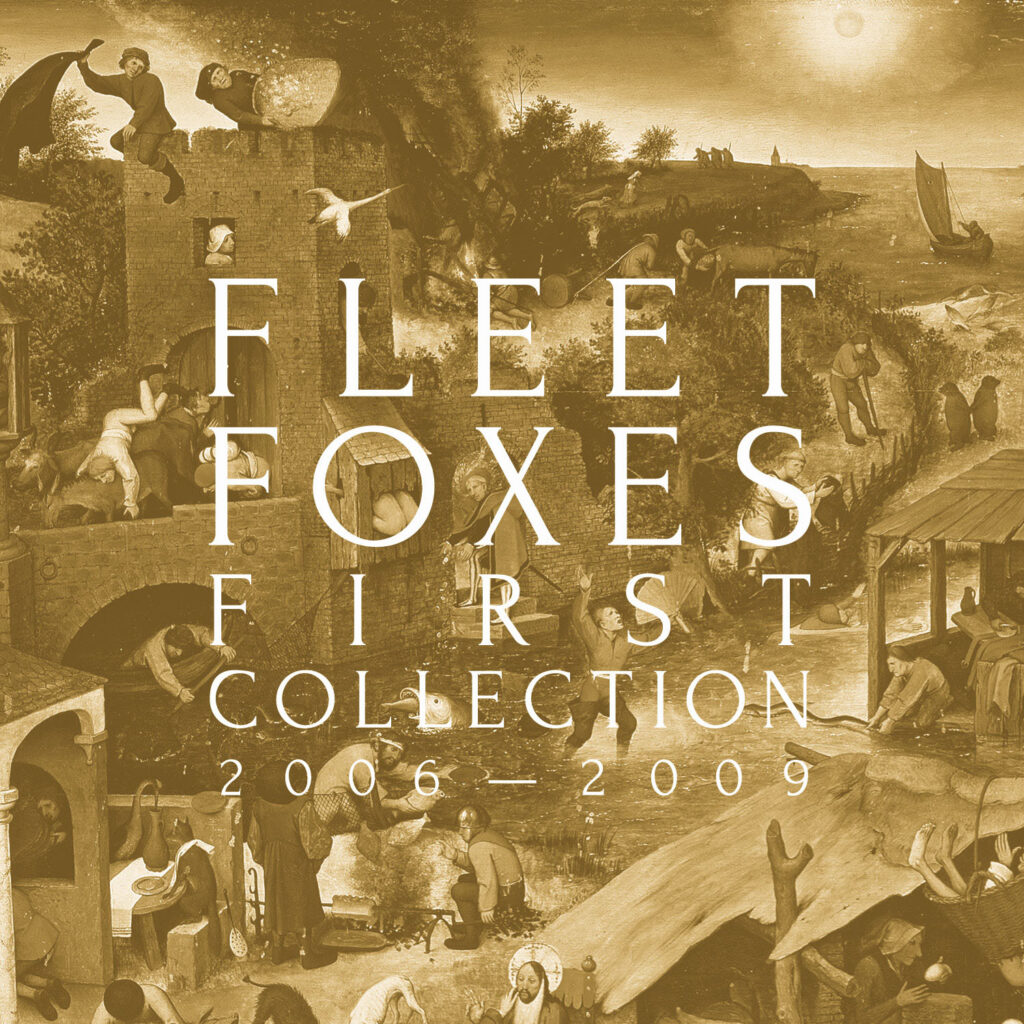 Nostalgia is a powerful feeling, providing respite from the present day. Music continues to find ways to replicate former fond feelings: a day at the beach, a sunset with friends after a long hike, or a cozy evening in the mountains. If there is a specific minutiae-filled time and place that one longs for, it’s likely able to be reached through music made in the past 10 years.

Fleet Foxes’ First Collection 2006-2009 chronicles a band that grasped that sense of nostalgic aesthetic and interweaved new sounds to push a solid vision forward. Chronologically, every release feels like hitting the bullseye of a high and clearly marked target, every record higher than the last. Nothing ever feels like a rehashing of yesteryear’s folk, but rather a creation of new space comprised of traditional balladry, sun-filled west coast pop, and country crooning.

The collection is comprised of four releases: their self titled debut LP (2008), the critcally-acclaimed Sun Giant EP (2006), the self-released The Fleet Foxes EP (2006), and an unreleased B-Sides and Rarities, all of which are seeing vinyl pressing. Accompanying the albums is a 32-page booklet showcasing artwork, photos, tour posters and the like from the time period. Combined, they are a document of a group spanning the sounds of time with clear direction.

The Fleet Foxes EP is a golden-toned bill of AM country influenced tracks that billow and unfurl like the opening of a brass horn. The reliance on guitar chord work and choral breakdowns is as fast paced as the band has ever been, but it still takes its time. “In the Hot Hot Rays” flirts with early R&B in both vocals and guitar work. To those who haven’t heard this release, this is Robin Pecknold with an outward swagger and strut. The closer, “Icicle Tusk,” is the biggest indicator of where the band would head from this EP: a reserved confidence in filling a room with less.

The band made it clear that the Sun Giant EP was simply something to be sold at the merch table of the shows and to not see it as a true indicator of what the band wanted to achieve. If we take them at their word on that, we can instead view the release as a marker on the map up a high mountain. Suddenly, this grasp on nostalgic tones was being pushed into vast soundscapes that seemed to sprawl over terrain. In particular, “English House,” peppered with vocal harmonies to the instrumentation, rolls like a fast morning fog and settles like dew on the ground. Something so big, yet delicate when hitting the ears.

The self-titled LP met high hopes, showcasing the band’s versatility and awareness in executing several genres well. The songs seem to take up even more space than anything they had previously released, but with such a focused assurance. Tracks such as “Ragged Wood” and “He Doesn’t Know Why” seemed to melodically span generations. Perhaps their most famous track to date, “White Winter Hymnal,” plays with traditional folk song language and circular storytelling, creating a short, timeless masterpiece.

The B-Sides and Rarities album, when listened to after the rest, can be seen as a deconstruction of what built such solid focus. Pecknold’s take on the traditional ballad, “Silver Dagger” whisfully slides in, both assured and filling. The basement demos demonstrate that their song ideas were by long-term design, whether they resemble their recorded versions (“English House”) or bare little semblance at all (“He Doesn’t Know Why”). The photos in the accompanying booklet are nice, but the rarities collection is much more of a time capsule into this band’s history.

In the years following the time span that this collection records, their focus branched out even further, digging deeper into the roots of taking traditional songwriting sounds and pushing them into modern soundscapes, both in grandeur (2011’s Helplessness Blues) and mystery (2017’s Crack-Up), but these initial releases were a swell of prowess and thoughtful tellings of songs that spanned time. Fleet Foxes write songs that you can come back to, and no matter how the world changes around you, there’s always space to take; sometimes, that space can be as big as the horizon. 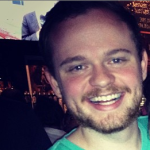