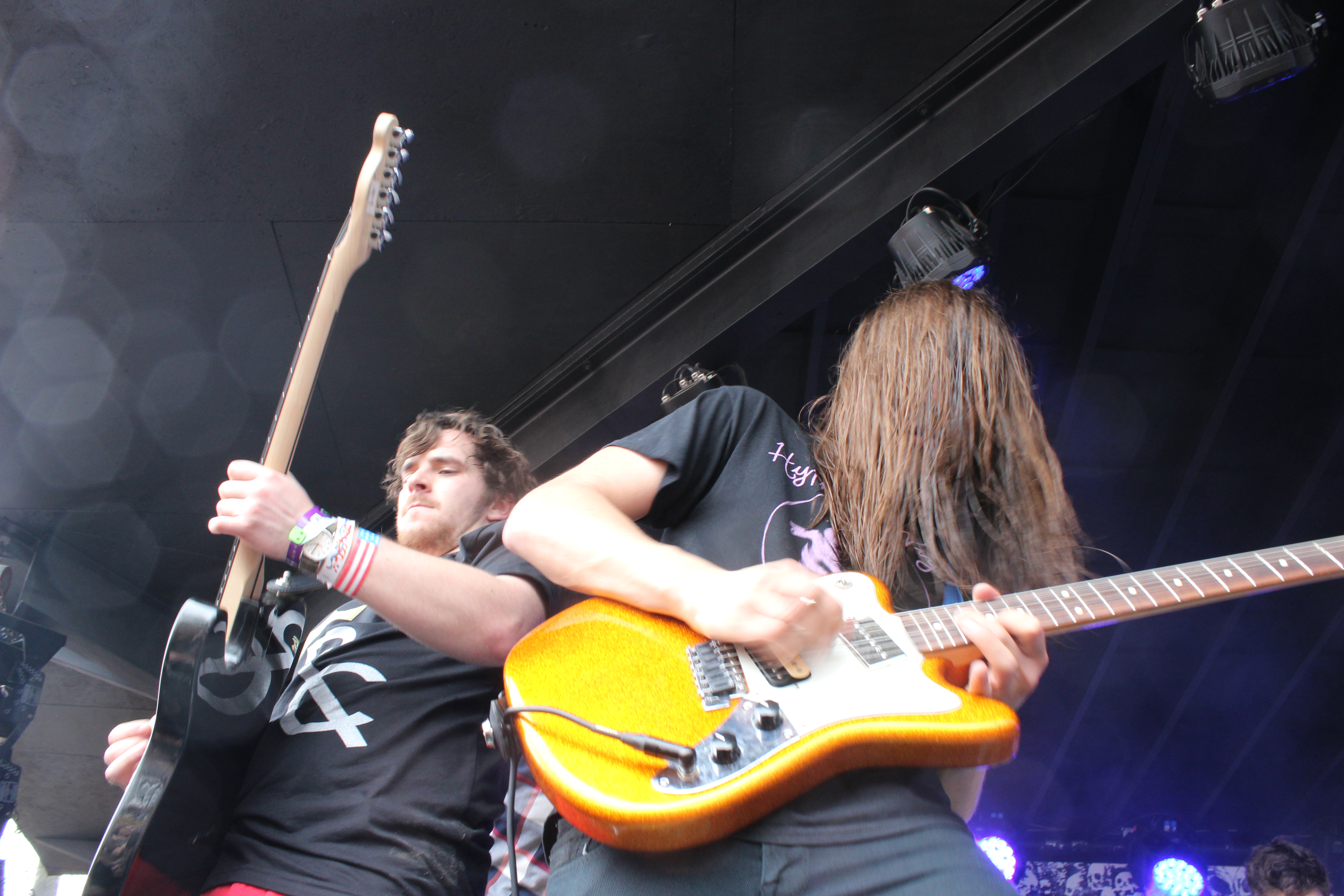 What’s up? We’re Diarrhea Planet, and we just woke up!!

It was the final day of South by Southwest, and the guys from Diarrhea Planet were taking the stage as I was waiting outside the gates of Austin’s Historic Scoot Inn. It was a rainy Saturday with an uncharacteristically long wait time for an early afternoon showcase. The line swelled with anxious concertgoers recovering from the night before as skateboard-wielding kids leaned against the chain link fence eagerly anticipating the impending shredfest. It has become a Vinyl Mag tradition to spend the last day of the festival with Diarrhea Planet. Last year, we literally bumped into them on the street before their final showcase at the Jackalope, which to this day remains one of my top five favorite shows of all time. I honestly can’t think of a better way to close out that epic week of music than to be drenched in sweat at the end of one of their sets.

The dudes were three songs in when I finally entered the yard, so I hustled to the bar, grabbed a Lone Star (you know, nothin’ snooty), and jumped over mud puddles to get closer to the action. I came in midway through “Lite Dream,” the first track off I’m Rich Beyond Your Wildest Dreams, as frontman Jordan knelt perched on the speaker platform at the front of the stage like a gargoyle – tongue out with each note of the solo seemingly pouring down from his open mouth past his fingertips before landing precisely on the fretboard. He was later joined on the platform by guitarists Brent, Evan, and Emmett, where back to back they formed a four-headed monster, aiming their guitars at the sky as if in tribute to the gods before turning them on the audience like AK’s of shred. Simply put, these guys play with impassioned stage presence and waste no time getting after it.

Meanwhile, Mike seems content to lurk in the shadows while chugging out underrated bass lines as drummer Casey powers the band with unrivaled heaviness in his sticks. Evan and Emmett sway back and forth periodically in choreographed fashion, with Evan sarcastically miming wiping sweat off of his forehead – a signature move that displays the band’s sense of humor. Crowd interaction is also a major component of Diarrhea Planet’s now legendary live shows. During their infectiously energizing performance, they awarded the first eight crowd surfers a free t-shirt that read “Diarrhea is the new F**k” – further displaying how seriously these guys take themselves. At one point, Evan had a girl photographer climb on top of his shoulders before parading her through the crowd while effortlessly fulfilling his guitar duties.

They roared through the remainder of their set, playing a nice mix of old and new. Two weeks later, I had the chance to see them again at New Earth Music Hall in Athens, Georgia when they were back to make up for a van-induced cancellation earlier in the year. They took the stage after midnight, sincerely apologizing for missing their previous date, and filled the room with over an hour of the catchy ear-ringing, shred-driven skate punk they do better than anyone.

As they broke down their gear after each one of these shows, it was clear that everyone was impressed with what they had just seen. Too many bands these days look like they’re just phoning it in – dialing up impossible to reproduce melodies and licks from their studio sessions in an effort to earn gas money to get from this city to the next. Diarrhea Planet is a rarity – their live show is actually better than any of their records, which is the highest compliment I can give a band. When they finish their set, you can be absolutely sure of one thing: these guys are having a blast.

After all, live shows are supposed to be a good time, and this seems to be the one thing Diarrhea Planet truly takes seriously. And for that, we should all be grateful. 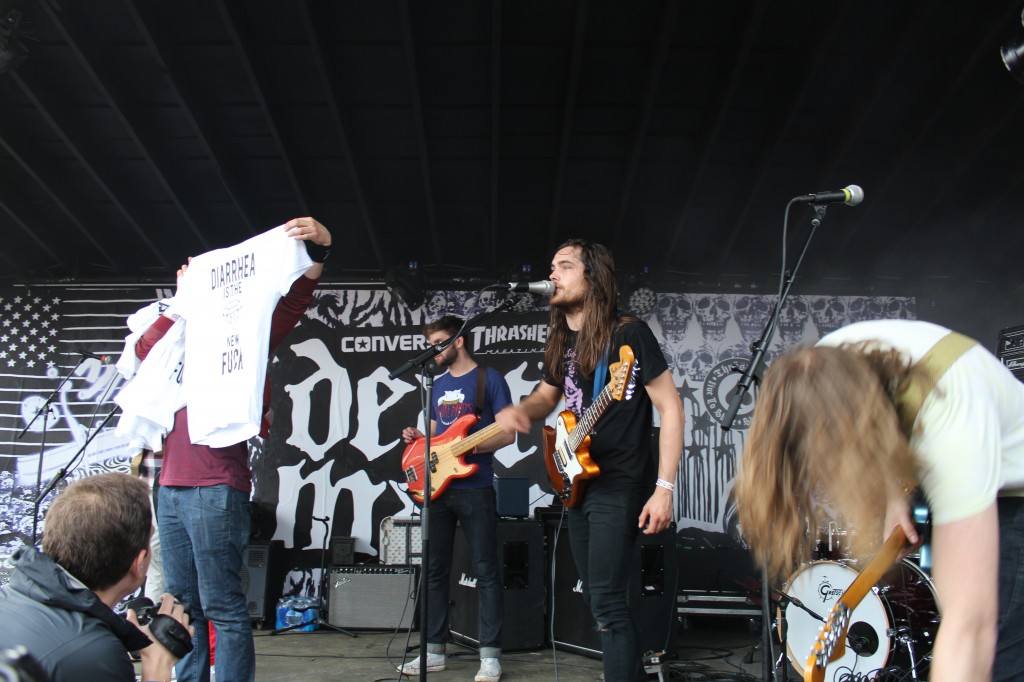