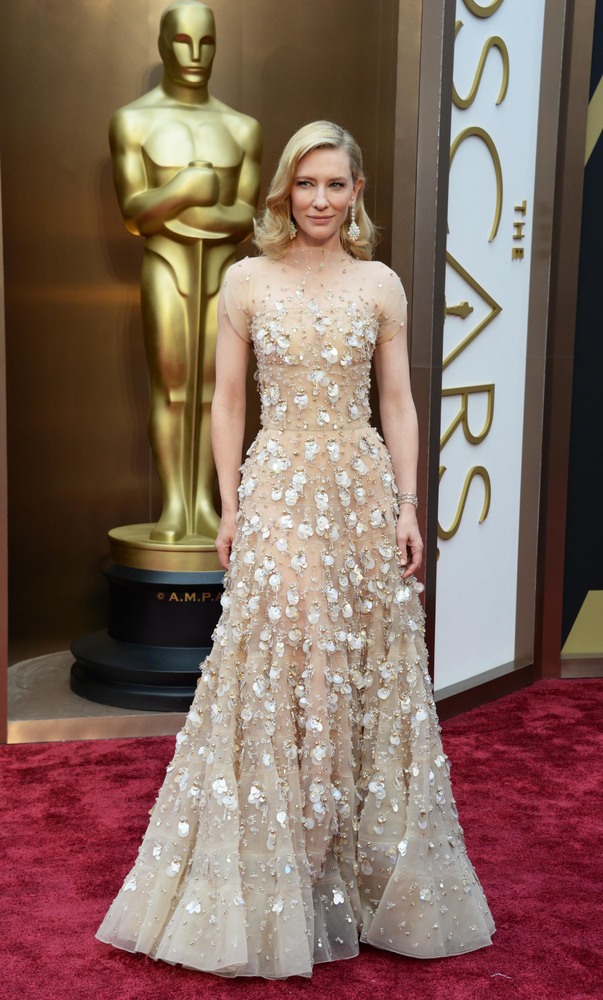 What’s awards season without some of the world’s most gorgeous designer gowns? This year, from Lupita to Lady Gaga, celebrities were seriously on their A-game. In a flurry of gorgeous brights and shimmering metallics, I bring you this year’s top 10 of the Grammys and Oscars. The Tony and Emmy Awards have some SERIOUS catching up to do later this year, no?

10. Ariana Grande in Dolce & Gabbana at the Grammys

D&G florals are eternal classics, and I love the retro look of this one in particular. Tea length? Check. Sweetheart neckline? Check. Old school satin? Check. In this gown, Grande emulates a 50s bombshell beautifully. 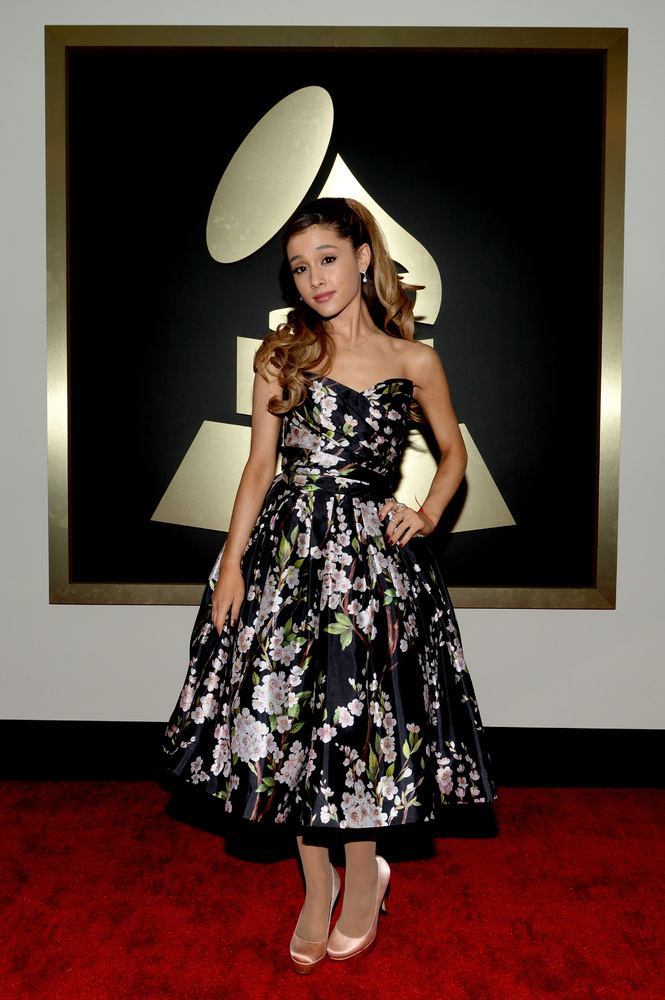 9. Katy Perry in Valentino at the Grammys

Vinyl featured this gown in our couture show coverage, and I’m just as in love with it as ever. It has a wonderful whimsy to it but also a pop of personality with the musical notes. So Katy Perry, am I right? And what better place to wear it to than the Grammys? 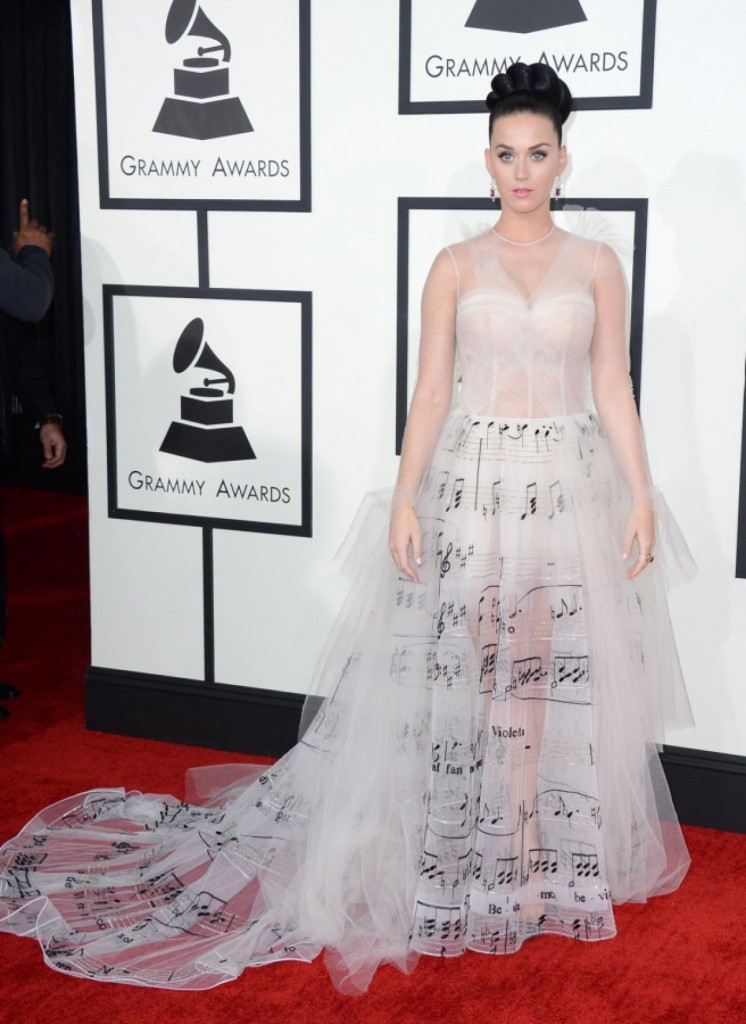 8. Julie Delpy in Jenny Packham at the Oscars

I’m convinced that this is what Janis Joplin would wear to the awards if she were alive today. Love love LOVE the batwing sleeves – they make the deep cleavage totally sophisticated, not trashy. Plus, it incorporates just the right amount of sparkle. Only a frenchie could rock this dress so flawlessly. 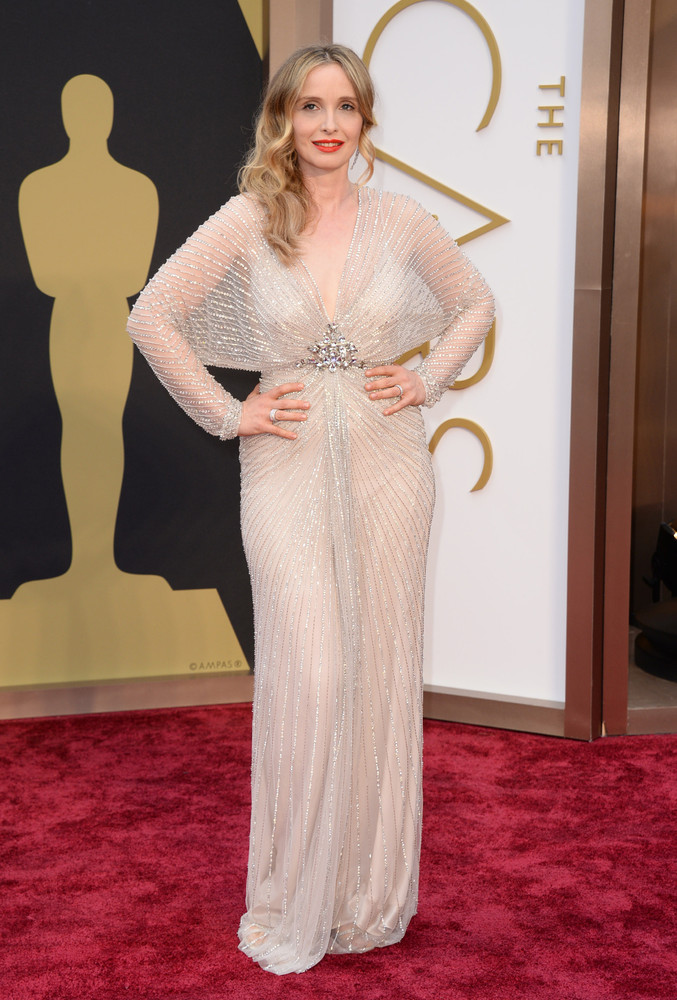 7. Lady Gaga in Versace at the Oscars 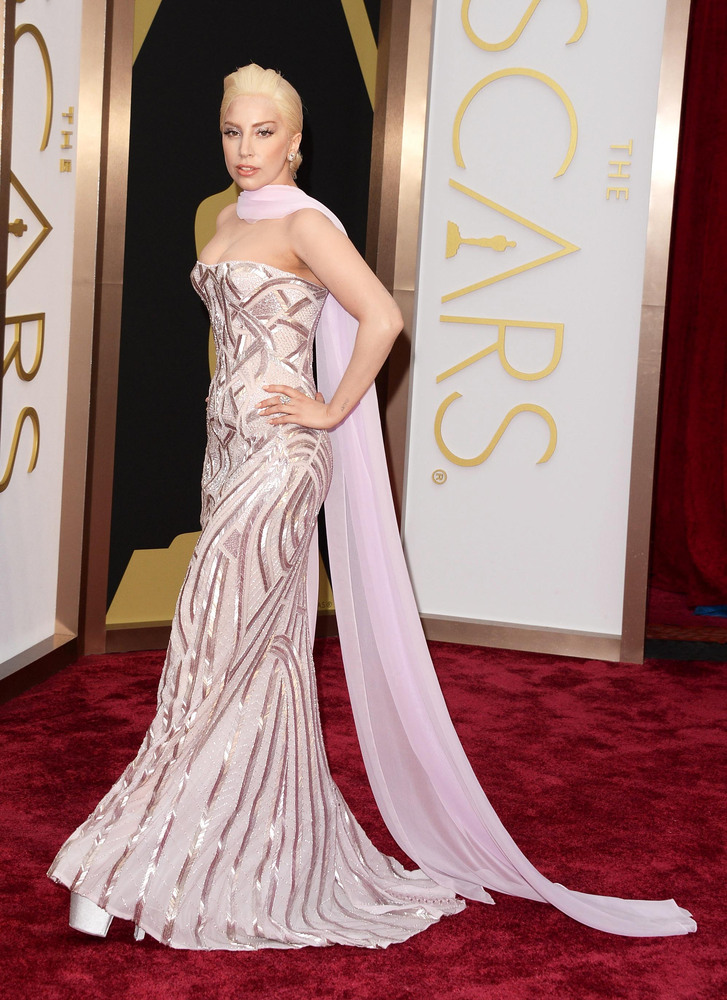 Alright, I’ve got to admit it: this gown was featured on dozens of worst-dressed lists. But I’m totally lost as to why. Donatella’s favorite pop star looks absolutely stunning in this textural, lilac dress, and honestly, it’s so much tamer than, say, a meat dress. Do what you please, Gaga. Apparently they’re going to judge you either way.

Beyoncé in Michael Costello at the Grammys

Can Beyoncé do anything wrong? No? Okay, glad we’re all agreed. She absolutely shines in this sheer number and somehow manages to make it look totally classy. And, best of all, it hugs her curves in all the right places before ending in a mermaid-y train at the floor. Jay-Z is a lucky man. 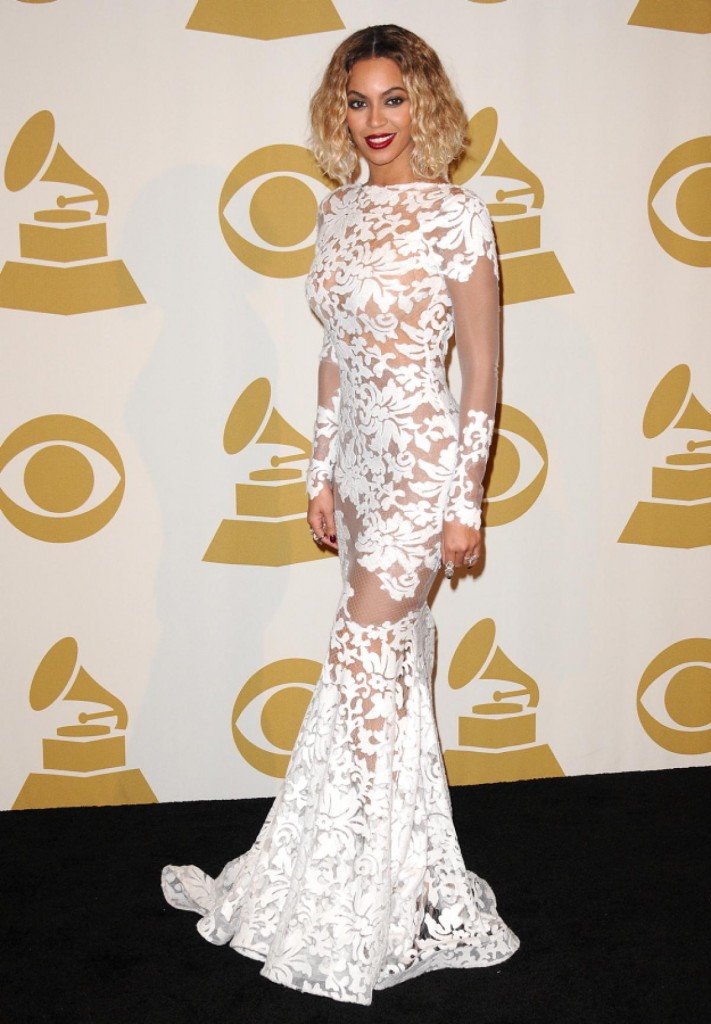 5. Cate Blanchett in Giorgio Armani at the Oscars

I’m in disbelief that this woman is 44. I mean, this looks like something T-Swift would wear – but we’ll get to her later. It seems like we’ve seen a million sheer gowns, but this one is different somehow. Maybe it’s the way the flowers pop off of the dress so perfectly, or the bedazzled details. Either way, I’m sold.

4. Kristin Chenoweth in Cavalli at the Oscars

I’ll spare you the joke about Chenoweth looking like the Oscars trophy in this gown, and instead opt to gush about the fact that she looks like a work of art. That texture! That glitter! I also love that the gown almost has a punk flair with the subtle plaid below the hips. This dress is everything I’ve dreamed of and more. 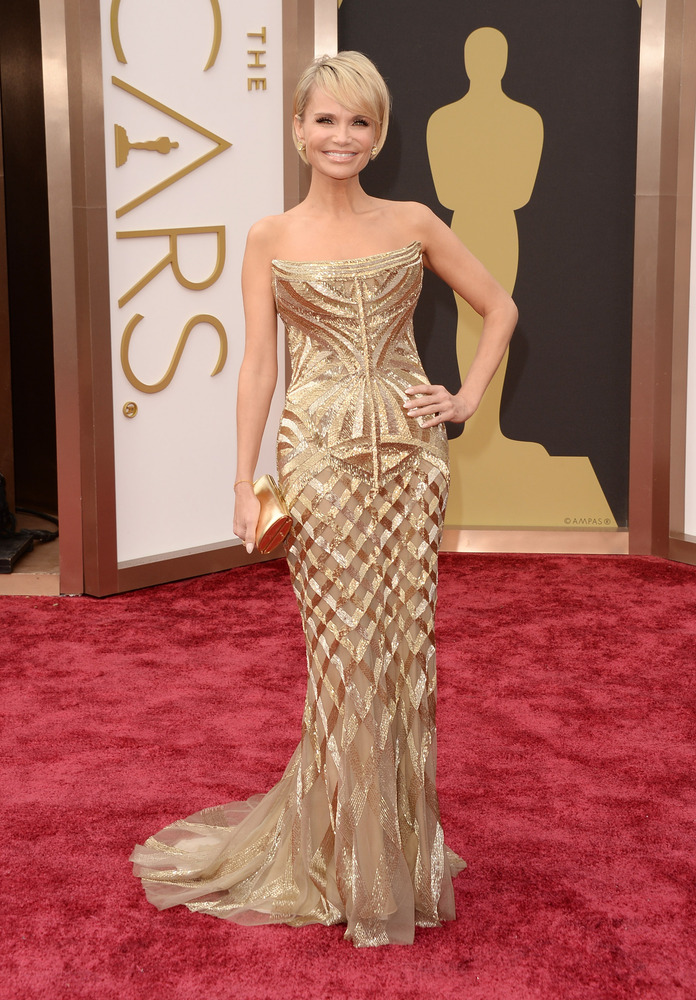 3. Angelina Jolie in Elie Saab at the Oscars

I’m definitely an Angelina fan, but here I’ve got to give most of the credit to Elie Saab. The sparkle at the bust looks almost like a cityscape, reflecting flawlessly at the collarbone. It’s sexy and flattering with a nipped-in waist. If I keep typing about how perfect this gown is, maybe Saab will send me one? A girl can dream. 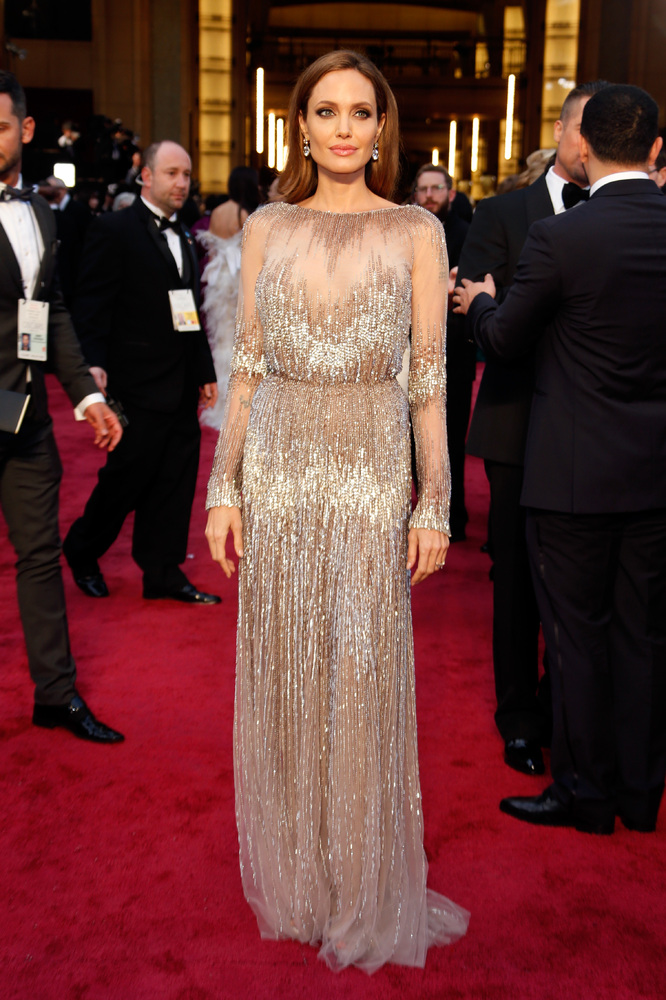 2. Taylor Swift in Gucci at the Grammys

Just as everyone was getting a little sick of Swift’s good girl display, she whipped out this chainmail-esque stunner. The mixed metals are so now, especially with the silver detailing just her neck and waist. No wonder T-Swift topped a dozen other best-dressed lists. 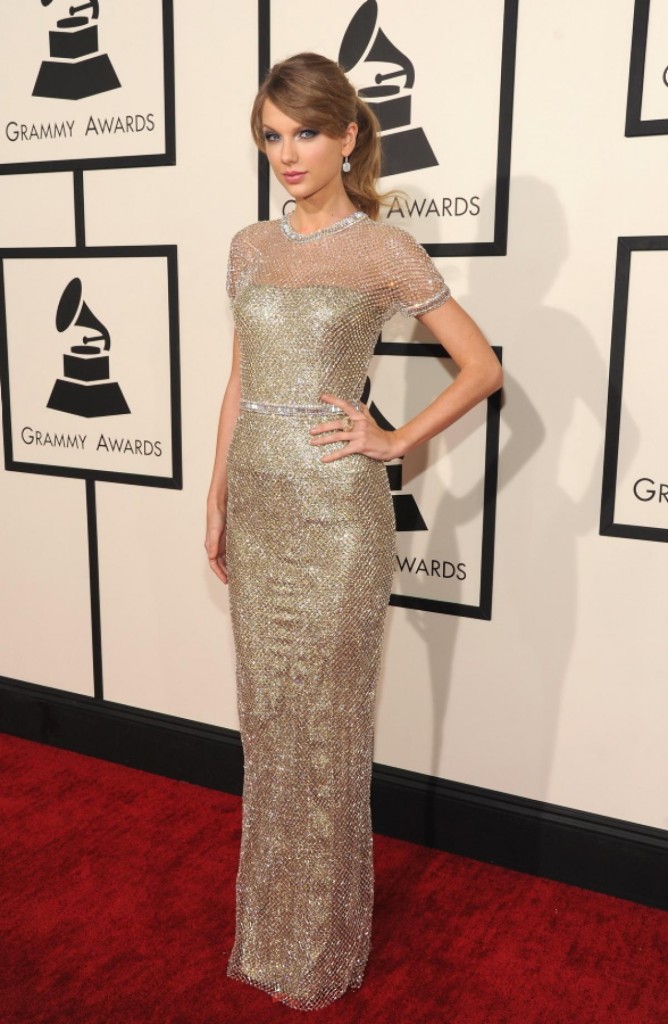 Guys, I am actually gasping for air right now. Nyong’o couldn’t have looked more gorgeous for her win – the pale blue shines against her dark skin, making her look like a goddess when paired with the cleavage and drapery of the gown. And now I’ve realized the bottom is shimmery, too. Someone call me an ambulance, please? 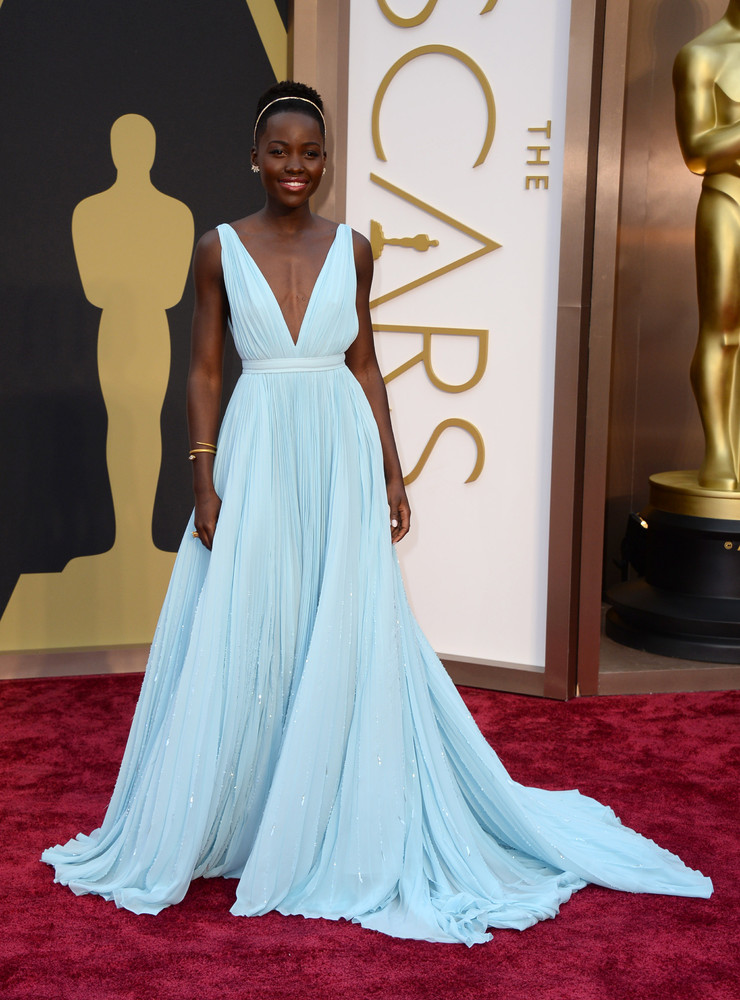