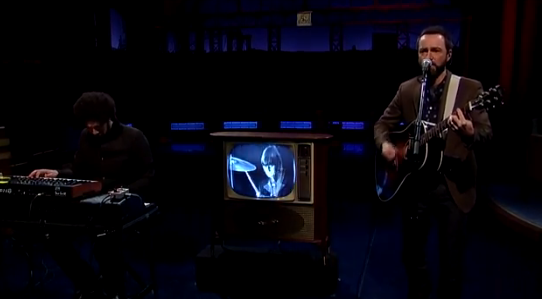 To coincide with the release of their new album, Broken Bells performed last night on The Late Show With David Letterman. However, instead of performing one of their new tracks, they chose to perform a tribute to the Beatles, “And I Love Her,” featuring Ringo Starr.